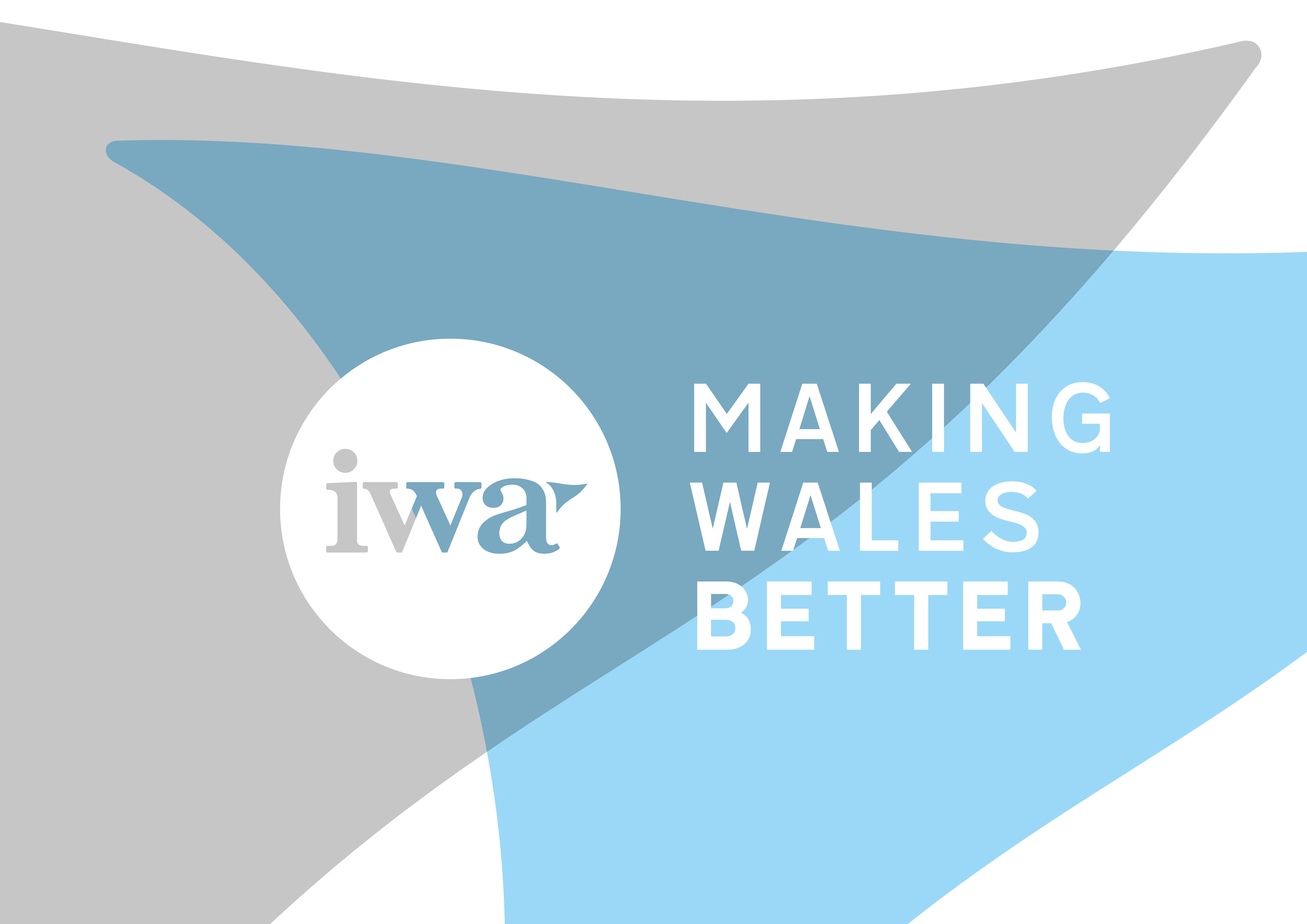 Wrexham’s bid to be designated a city is once more on the agenda. On the last day of the election campaign, Gordon Brown, visiting the town, was asked by a Wrexham Leader reporter whether he would support a bid, and he said that he would. Of course, in the circumstances, he was hardly likely to refuse! The Conservative candidate, Gareth Hughes, was equally supportive. The Liberal Democrat, Tom Rippeth and the Plaid Cymru candidate, Arfon Jones, were somewhat less fulsome, but neither of them ruled the idea out.

Of course, we have been here before, most recently in 2002, when the prize went to Newport. Perhaps this time – the Queen’s Diamond Jubilee in 2012 is regarded as a suitable occasion for city creation – Wrexham will, at last, join the trio of existing Welsh cities if only to even things up a little between north and south. Of course, the north has the city of Bangor, but, with a population of 13,725, by comparison with its southern counterparts, it does not feel like a ‘real’ city at all, although its university lends it a certain dignity.

Bangor’s designation predates any known historical record, and seems to have been granted for all time. St Asaph (population 3,471), which considered itself a city because it had an Anglican cathedral, was shown during the 1970s to be not entitled to the claim. Wrexham (population of the inner town 63,084, and if its hinterland is included, 130,000) is really the only town in the north to be in the running. St Asaph may have another go at reinstatement, and Machynlleth may once more invoke its importance as the site of Owain Glyndŵr’s Welsh parliament in 1404, but the Queen’s advisers seem unlikely to take any such bids seriously.

Of course, size is not the only criterion used to judge whether or not a place should be entitled to enjoy the ‘liberties, privileges and immunities’ conferred when town is translated into city. Physical features play a part. The sea at Cardiff and Swansea and the river at Newport contribute to a sense of ‘cityness’. Wrexham has no such advantages. Although overlooked by the Llandegla Moors, which can be seen from the town centre, and which give the place a measure of enclosure, it lies mostly on a flat plain, not dissimilar to west Cheshire and north Shropshire across the English border. Admittedly, the river Dee, which defines the border at this point, is half in Holt, one of the townships of the present county borough. In that sense, the Dee is part of ‘Greater Wrexham’, but it is too far from the centre to play much part in shaping its identity as town or city. Other topographical features need to be teased out.

Cities require a degree of monumentality to be worthy of the name. Historically this was a noun which could have been best applied to Wrexham High Street (pictured left). A range of 18th and 19th Century buildings which served as banks and insurance offices, stood close to the butchers’ market, and notably to the extremely handsome perpendicular church of St Giles, which is still the building, which, above all can be seen from a distance (pictured below right). The High Street was further defined by the façade of the mid-18th Century Wynnstay Hotel, and by the chimney of the Border Brewery down one of Wrexham’s few hills. This was a real town centre, and ought to be a major focus for the new city. However, the banks and the brewery have departed, leaving a High Street rather less worthy of the name than it need be.

Not all is lost. Wetherspoons have commandeered the old opulent-looking HSBC, and introduced pavement tables for outdoor drinking. It doesn’t quite feel like that yet, but the High Street could morph into the city centre’s restaurant quarter (this is badly needed). Moreover, the town council recently seized the opportunity to join up disparate parts of the centre with the construction of a footbridge from the Wynnstay Arms Hotel to the new Eagles Meadow major shopping centre (M & S, Boots, Debenhams et al).

Apart from the fact that it runs parallel to the extremely ugly extension to the Wynnstay, the bridge is a touch worthy of a city. Eagles Meadow certainly adds a measure of size and scale to Wrexham, without sacrificing what are essential to city life, more intimate places where people can meet, talk, and watch what’s going on. Its construction has also opened up a magnificent view of St Giles, in all but name Wrexham’s Anglican cathedral.

A city council would, I hope, see the need for another footbridge to link Eagles Meadow to the Tesco hypermarket and other large stores on the fringe of the centre. Another monumental work is visible from there – the architecturally splendid swimming pool built in 1960s(pictured top right), described in the Clwyd volume in The Buildings of Wales series as “an enormous hyperbolic paraboloid rising to four storeys over the entrance”. I’m not sure, from this description, whether the author liked it or not, but it is certainly worthy of a city.

Across town to the north is the Glyndŵr University headquarters building, monumental certainly, and one of the strongest arguments for Wrexham’s candidature. No city worth the name could now flourish without the presence of an institution like this where identity, economy and governance can be debated and subjected to academic scrutiny. Already, in its previous existence as NEWI, Glyndŵr was no ivory tower. It fostered one of the most successful science festivals in the UK and gave a home to Techniquest, both of which suggest a future for Wrexham as a regional science capital.

The regional reference is obviously of great importance for Wrexham’s case. Glyndwr’s Centre for Solar Energy is now in the Optic Technium building at St Asaph Building Park, 25 miles away; its world class reputation in the development of photovoltaic cells needs no emphasis here; perhaps devotees of the case for a city of St Asaph can take comfort, and perhaps Machynlleth will be appeased by the centrality of the name of their great hero in the arguments for Wrexham.

Glyndŵr University (pictured left) have also been working with the county borough council on a Wrexham community strategy, which sets out some long-term targets for the local public services. Good as that is, it represents only the beginning of what could be achieved in a developing city-region-university partnership.

I live in Denbighshire, but have known Wrexham intimately for nearly 30 years. I would like to think of it not just as a ceremonial regional capital, but as a place which pioneers good ideas in governance, participation and communication on behalf of the whole of north east Wales. We would all surely gain if there were some embodiment of the Welsh Government in the town (city) despite the spanking new Assembly building opened this week in Llandudno Junction.

Travel to and from Wrexham is improving, with regular buses now serving Rhyl, via Denbigh and Ruthin, and the ‘Wrexham Express’ serving Llangollen – clearly a spin-off from Eagles Meadow. Trains to Cardiff seem now to be more regular and the tedium of changing at Shrewsbury seems to be less necessary. The Wrexham and Shropshire line to London St Marylebone runs a few trains each way every day, a most enterprising innovation although the 3-4 hour journey time is sure to be something of a deterrent.

One of the most important changes in the urban landscape of England during the last 25 years has been the revival of northern provincial cities – Manchester, Liverpool, Newcastle-on-Tyne – as centres of culture which southerners want to visit, and to which some (I agree only some!) of them even to wish to move their family home. Is such a transformation of attitudes possible in Wales? Might the designation of the city of Wrexham be a major driver of such a transformation?

That would, indeed, be desirable for much of the traffic is still one-way. However, for it to happen Wrexham needs to have a cultural makeover. A start has been made. Brymbo Man (c1635 BCE) will, next year, have a home more worthy of his importance, when the £950,000 renovation of the Museum is complete. The designation of Telford’s Pontcycsyllte Aqueduct (pictured right) and part of the Llangollen Canal as a World Heritage Site in 2009 was well deserved and ought to bring more people to the north-east to see it for themselves. Waking the Dragon, set to become the tallest public artwork in the UK, is soon to be erected at Chirk (main pic). To see the whole of Wrexham City and its magnificent surrounding landscape from the top could be a comparable experience to that enjoyed from the London Eye. So far, so very good.

More will be needed for Wrexham to become a genuine mecca. The place needs something equivalent to Newport’s Left Bank. It is sadly lacking in purpose-built cultural spaces. The Arts Centre, next to the Library, has an excellent programme, mainly of installations, but is without the room or the flexibility enjoyed by Ruthin Craft Centre, or of Oriel Mostyn at Llandudno, re-opening this weekend. Both have established reputations and can command considerable visitor numbers. Wrexham needs a place which can complement these centres of excellence, and with a respected college of art (part of Glyndwr) in its midst this ought not to be an impossible dream.

Wrexham also suffers from the proximity of Clwyd Theatr Cymru in Mold, and the council has long resisted a comparable but complementary auditorium for theatre, stand-up comedy perhaps, and music. Wrexham City would need to repair these omissions. Cities remain less than cities when these kind of spaces are absent. But if Newport can respond so imaginatively to its designation, Wrexham can hardly fail to follow suit. So, the very best of luck to our local metropolis at this important moment in its history and development.

Derek Jones is vice chair of the Civic Trust for Wales but writes here in a personal capacity.

One thought on “Wrexham’s bid for city status”