It is a great pleasure to have been asked to address you today.

I’d like to set out the arguments for a separate Welsh jurisdiction – and I’m sure that we’ll be able to have a lively discussion on this topic afterwards.

The first point that I’d make is one which is often remarked on, yet which loses none of its persuasiveness by its frequent repetition: Wales is at present the only country in the world that has a legislature, but no legal jurisdiction of its own.

In the coming months, I am hopeful that the UK government will respond to the Silk Commission’s second report by publishing a new Wales Bill.  Yet that commission failed to recommend the devolution of the justice system to Wales.

Put simply, as Wales’s methods of policy shaping and law making develop and Cardiff Bay grows in confidence, the structure of our justice system must develop to encase it.

It is arguable that debates surrounding the development of Wales as a jurisdiction have hitherto been impeded by the comparatively weak devolution settlement obtained by Wales, as compared with those of Northern Ireland and Scotland.

It’s often noted that devolution in the United Kingdom has been asymmetrical.  Whereas Scotland and Northern Ireland operate under a reserved powers model, whereby competence over fields is assumed unless specifically stated to be reserved to Westminster, Wales was granted a devolution settlement which, conversely, set out in which specific areas that institution would hold competence to legislate.

And the fact that Scotland had its own legal system before devolution certainly played a part in ensuring this comparatively strong settlement.

Historically, after all, Wales’s legal system was by and large the same as that of England from 1536 until 1998.  Scotland, on the other hand, had a separate court structure, legal principles and legal system.

Hence the Government of Wales Act (1998) only specified certain areas which were devolved to the Welsh Assembly.  The Assembly was formed as a single corporate body, though in practice the Assembly has moved towards a separation of legislative and executive functions.  Even after the result of the 2011 referendum on further powers, the Assembly only has the power to legislate in specified areas.

Wales is treated like the poor relation in this regard; no such referral to the Supreme Court took place for either Scotland or Northern Ireland when they first passed legislation under the reserved powers model, after all.

In Wales, any legal proceedings beyond first instance nearly always get transferred to London, which causes delays and undermines the credibility of the proceedings.  Judicial reviews are becoming more and more important as individuals take on the might of the state, and even though there have been some cases of judicial review being heard initially in Wales, there is still no dedicated Administrative Court dealing with Welsh Government matters.  Once again, anything beyond first instance goes to London which means English judges sitting in English courts are adjudicating Welsh Government actions.  Had we had our own legal system to begin with, this would not be the case.

But without a doubt, there would be few practical impediments to addressing this discrepancy between the different nations that make up the UK.

Northern Ireland and Scotland, after all, operate successful systems without being tied to England, and Wales’s General Counsel, Theodore Huckle QC, has insisted that separate jurisdictions can exist within the United Kingdom.

He has recently, however, speculated that the setting up of a Welsh jurisdiction would be far too costly – a view not shared by many commentators and members of the judiciary.  It is not known upon what evidence he came to such a conclusion.  Certainly, it is known that the Scottish justice system costs considerably less to operate than the system pertaining in England and Wales.

In recent years, more and more people have joined the ranks of those experts and academics, among them Sir Roderick Evans QC, Professor R Gwynedd Parry from the Institute of Hywel Dda, the solicitor Fflur Jones, Winston Roddick QC, the police and crime commissioner for North Wales, and His Honour Philip Richards, calling for a just and comprehensive legal system fit for the modern Wales.

Much has been written about the gradual establishment of ‘Legal Wales’.  In 2007, the Wales and Chester Circuit was disbanded and Wales became a separate circuit, and both divisions of the Court of Appeal (criminal and civil), as well as the Administrative Court sit in Cardiff.  There is now a Lord Chief Justice of England and Wales following Lord Bingham’s decision to add ‘Wales’ to his title.

It can be argued that a Welsh jurisdiction already exists, since legislation is being passed that only pertains to Wales.

Even before devolution the Westminster parliament passed legislation which only affected Wales, including the Sunday Closing (Wales) Act 1881, the Welsh Intermediate Education Act (1889) and the Welsh Church Act (1914).  UK legislation such as the National Insurance Act (1911) and the National Health Service Act (1946) contained separate administrative arrangements for Wales.  The Welsh Language Acts of 1967 and 1993 also developed a more distinct national persona as recognised in Westminster.  But the fact remained that all of these provisions were created in Westminster.

Now, every piece of legislation passed by the Assembly can result in a new offence being created.  Examples are the fines which are imposed on shop owners who do not charge for the use of plastic bags, or those smoking in prohibited places.

Hence law applying in Wales is diverging from that of England.  Lawyers who practise environmental, criminal, family and obviously administrative law must have a thorough knowledge of the corpus of Welsh law if they are to practice in Wales.

Of course, the establishment of a separate Welsh legal jurisdiction would have an impact on the common law that has evolved under the unified jurisdiction of England and Wales, since the nature of the common law is that is evolves over time.  Separate laws and jurisdictions together with the different social and cultural backgrounds of the two nations would mean that the context in which the evolution takes place would differ as between Wales and England.  This must be seen as a positive development.

Since the Local Government Act 1972, Wales has been a defined territory.  Wales also has a distinct and growing body of law (whether this is large enough is a debatable issue).  As already noted, Wales in a sense already has its own jurisdiction, since laws passed by the Assembly pertain only to Wales.

With regard to the question of whether there needs to be a separate High Court and Court of Appeal for Wales, comparisons can be drawn with the situation in Northern Ireland, where the UK Supreme Court is the final appellate tribunal.  As with cases from other UK jurisdictions, the Supreme Court only deals with matters which raise points of law of general public importance.

The Court of Judicature of Northern Ireland comprises the Court of Appeal, the High Court and the Crown Court.

Members of my party, Plaid Cymru, were disappointed in recent weeks to learn that the Silk Commission would not be recommending the establishment of a separate Welsh jurisdiction, in spite of the fact that the commission is recommending the devolution of policing.  True: this has set our argument back by quite a margin.  Indeed, the report suggested that there should be a review within the next ten years for devolving legislative responsibility for the court service, sentencing, legal aid, the CPS and the judiciary to our Assembly.  As Plaid Cymru responded at the time, if there is already a persuasive case for devolving these fields, why wait that long?

Of course, a separate Welsh jurisdiction is not a precondition of greater legislative powers for the Assembly, and devolution can continue without it.  But a cap has been placed on the Assembly’s competence – and that must be tackled in the coming years.

But before I finish my remarks, I’d like to set out – briefly – how the devolution of justice could happen in practice in the future.

First and foremost, Schedule 7 of the Government of Wales Act 2006 would need to be amended to include the administration of justice.  Further to this, an independent prosecution service would be set up in Wales, and Wales would assume responsibility for further administration of the courts.  A Welsh Judicial Appointments Commission would be tasked with selecting the judiciary, magistrates and members of tribunals operating in Wales.  In the longer term, and following a new Government of Wales Act, Wales could look towards devolving the Crown Prosecution Service by establishing a ‘Crown Office’; responsibilities for the probation service, prisons and policing; a separate social security system; a legal aid system administered on a Wales-only basis; and perhaps separate qualifications for a Welsh legal profession.  A consensus would also have to be reached on whether appointment procedures for the judiciary should reflect the needs of what will be a more dualistic body of law.

A consensus would also have to be reached as to whether this would require a distinctly Welsh qualification for practitioners in Wales.  Inevitably, there would also be implications for cross-border practitioners.

Thought should be given to the practicality of adopting the QLTT system in the event of separate qualifications developing in Wales.

Financially, the Assembly would need to obtain additional provisions to cover the costs of the court system and the administration of justice.

For the purposes of comparison, the justice system in Northern Ireland employs roughly 16,000 people, including police and prison officers, probation staff, youth justice and courts services; it is clear to see how the Welsh economy and jobs market could benefit from the establishment of a separate jurisdiction.

The cost of setting up a separate jurisdiction would thus be offset to a great extent by employment and a boost to the economy.

All of these are matters to be considered in the coming years.  As I have made clear, I am deeply disappointed that an opportunity to devolve the justice system in the immediate future has been lost.  But the fight is not over.

There will be significant challenges, both practical and constitutional, for the legal system in Wales to face, but they are challenges which I believe the country and its structures is more than capable of meeting.  When the opportunity again arises to devolve the justice system to our Assembly, those new powers would go hand in hand with the increasing confidence and maturity of the democratic process in Wales and would be a considerable step forward on the road to completing the process of nation building.

Thank you for listening, and I’d welcome any comments or questions that you may have. 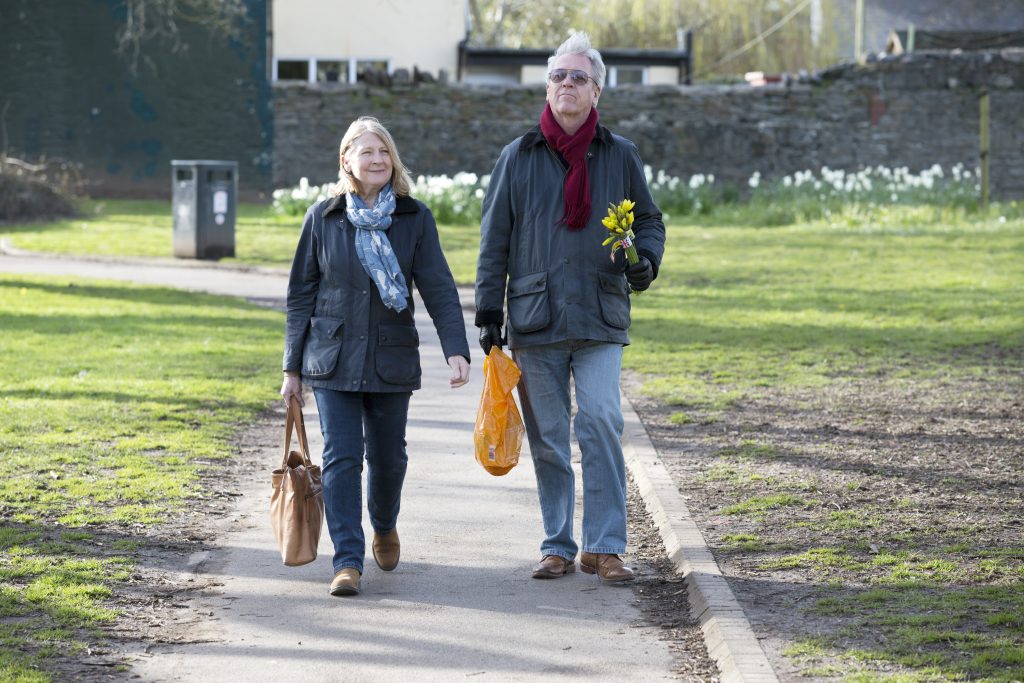