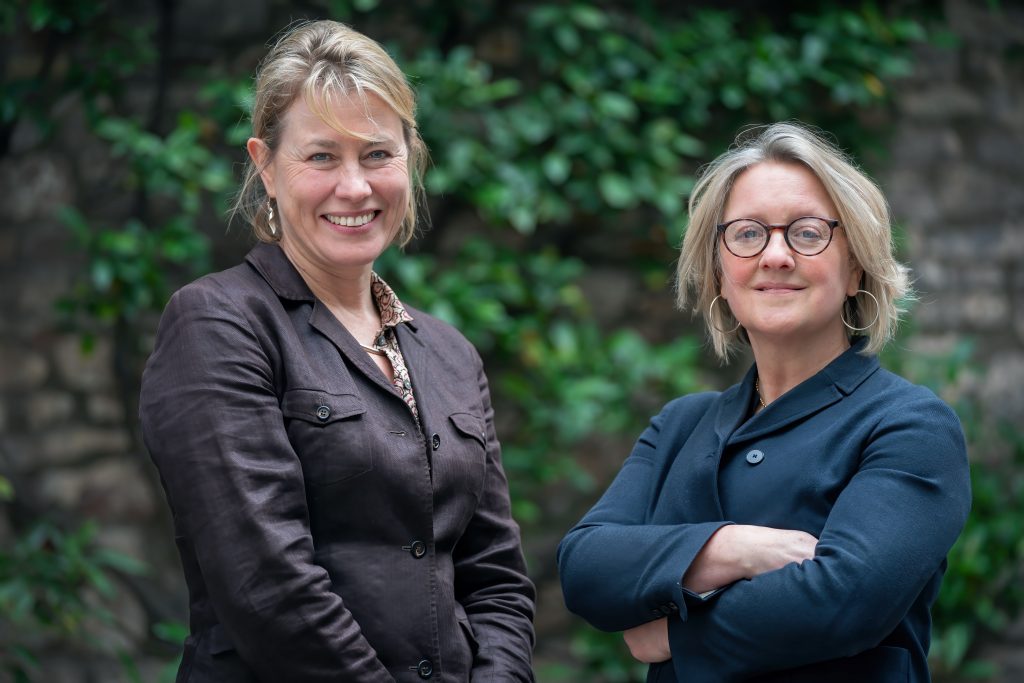 The new joint CEOs of the Centre for Digital Public Services (CDPS), Harriet Green and Myra Hunt, explain their vision and collaboration.

As the first anniversary of the Digital Strategy for Wales approaches, we hear from the new joint CEOs of the Centre for Digital Public Services (CDPS), Harriet Green and Myra Hunt. One month in post, they talk about their vision and the importance of partnerships to get results.

Harriet Green and Myra Hunt joined the Centre for Digital Public Services (CDPS) in January, sharing the role of Chief Executive Officer. The pair are well used to job sharing – but the model is rare in the public sector in Wales.

“When we tell people we’ve been job-sharing in senior roles for over 11 years they’re always surprised that we’ve been doing it for so long” Harriet explains. “It’s allowed us to continue to compete at senior leadership levels, something which is often hard – or even an impossible choice – for people with caring responsibilities outside work.” Myra adds.

Their journey started when they applied for the role of Digital Director at the British Council. It was advertised as a single post – they pitched together, submitted a single application and that was the start of their working partnership.

“Myra’s success is my success – it’s how we work.”

When it came to the CDPS, both said they had been watching with great interest what was happening here in Wales. They were impressed with the drive to improve digital public services, so when the opportunity came to lead the organisation, they knew it had to be the next step for them.

This is very much a partnership and one Myra and Harriet and Hunt have got down to a fine art. But how does it work in practice?  They both work three days each, with an overlap midweek – detailed handovers and use of digital collaboration tools are essential. But it’s clear they understand each other and recognise where their strengths lie as individuals and as a team.

They are keen to point out that they take full responsibility for making it work – and that they have a “single work identity”. Myra adds “you can start one conversation with me and finish it with Harriet”. When they disagree, they have “creative discussions” – but are so invested in the job share that this trumps everything. Harriet agrees: “Myra’s success is my success – it’s how we work”.

As experts in joint working and collaboration, they bring an extensive toolkit to the CDPS. Their vision is to take partnership working to the next level – collaborating with public organisations to create, in their words “exemplar user-centred digital services” for Wales.

The focus will very much be on delivering mission one of the Digital Strategy for Wales, using the digital service standards as the backbone to the work of the organisation.

Myra explains: “So much has been driven online and the tools available to us today make it easier than ever for most to access services. But we don’t want to leave anyone behind and want to support the creation of digital services that work for all users, whatever their level of digital skills.”

The inclusivity extends to the Welsh language. Neither Myra or Harriet are strangers to working in a multilingual context.  Making sure public services are bilingual will be integral to everything they do – it won’t be a bolt on. Harriet says it is part and parcel of their vision for how services are designed from the beginning.

Just like younger generations, CDPS is described as a “digital native”, set up in a pandemic and unrestricted by co-location of staff and the traditional limitations of office-based working.

For both, the Digital Strategy for Wales has real focus and is one of the things which drew them to the post in the first place. Myra explains that its strength lies in the fact that it is succinct, clear and powerful – and its delivery through a range of partners, including the CDPS with the backing of government, helps give the CDPS a real clarity of function.

Just like younger generations, CDPS is described as a “digital native”, set up in a pandemic and unrestricted by co-location of staff and the traditional limitations of office-based working. This gives the organisation freedom to do things differently, which Harriet and Myra recognise is what people expect of the CDPS. And it includes, as it turns out, the recruitment of its Chief Executive.

The organisation is small, agile and nimble. It can mobilise quickly to set the digital agenda with Wales. Just like in their own working partnership, Harriet and Myra will ensure the CDPS makes the most of every opportunity to collaborate, whilst it learns to build on its own strengths.

The CDPS is an arms-length body of Welsh Government. It was established in 2020 to support the delivery of the Digital Strategy for Wales.