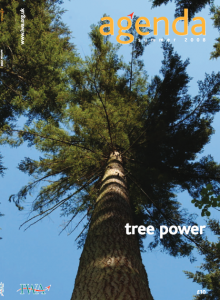 Elystan Morgan charts a route through the maze of the 2006 Wales Act towards Wales next constitutional advance.

Glyn Mathias pre-empts the debate on how the forthcoming referendum on more powers for the assembly should be organised.

Annabelle Harle on a new effort to ensure the Welsh political cake is sliced up more fairly.

Kirsty Williams says members of the National Parks should be elected.

Peter Black probes the future relationship between Welsh politics and the internet.

Jurgen Habermas says that now Ireland has rejected the Lisbon Treaty, it is time for the politicians to turn the EUs future over to the people.

Rhys David argues we should focus on promoting medium-sized companies to build our economic base.

Christopher Ward on leading the way out of our dependency culture.

Nigel and Susannah Hollett outline plans for rebuilding their home on the Gower coast.

Jon Owen Jones on how our woodlands can be used to tackle global warming.

Marcus Longley asks whether the latest NHS Wales re-structuring proposal will fare better than the others.

Dyfed Wyn Huws argues that improving public health is distorted by the dominance of secondary care NHS Trusts in Wales.

Steve Jones provides an insiders response to a new report on the Welsh rural housing crisis.

Dewi Owen speaks up for refugees in Wales.

Simon Roberts casts an eye over the IWAs report on Welsh press and broadcasting.

Nick Morris unpacks the contradictions in the BBCs approach to reporting a devolved Britain.

Dylan Iorwerth explains how the news magazine Golwg will be using Assembly Government support to expand its presence on the web.

Robert Lewis unpicks the dialect of the south Wales Valleys.