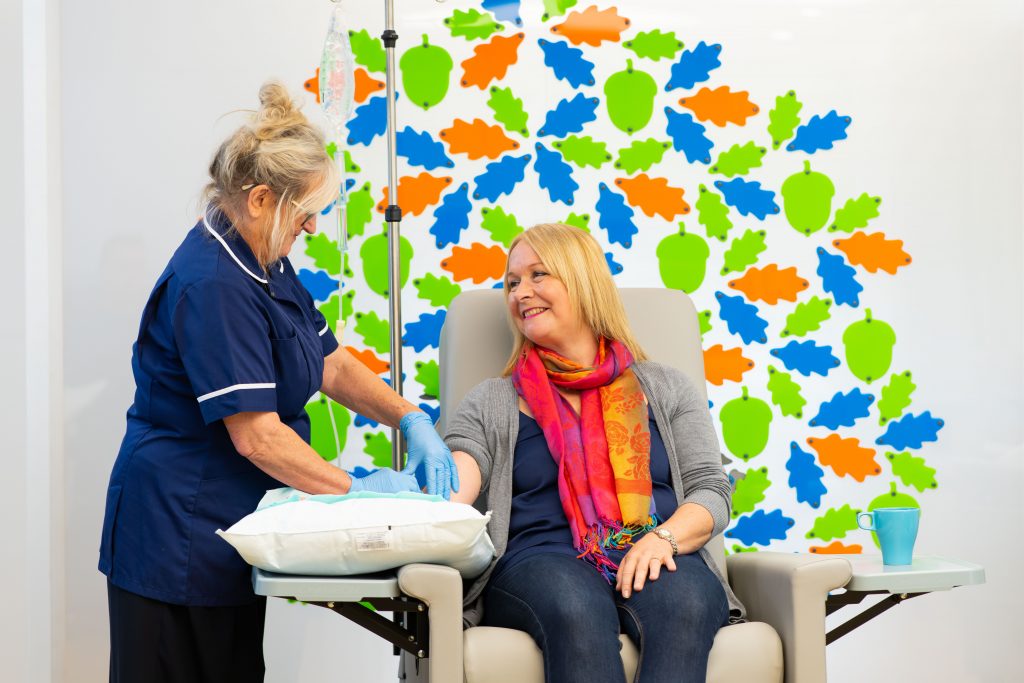 Judi Rhys, Chief Executive of Tenovus Cancer Care, calls on the UK and Welsh Governments to ensure the path to economic recovery helps to build a healthier country too.

In February, and with just over a year to go until the next Senedd elections, I was really proud we published ‘More than Medicine: our ideas for the next Welsh Government’.

This was a substantial piece of work which put forward concrete, achievable – yet ambitious and imaginative – proposals for the next cohort of MSs’ term in office. In early February, many of the ideas we had proposed in More than Medicine might have seemed ambitious.

But while my team was taking stock of COVID-19’s impact upon our work, it didn’t go unnoticed that several of these proposals, just six weeks after being published, had become a normal and in fact an essential part of the public health toolkit. More tragically, as in the case of screening services, some have taken a significant step back.

These past five months or so have given us all a lot more time to think, and reflect about many things. For me, steering Wales’ leading cancer charity through the extraordinary circumstances faced by the charity sector, has been one of the biggest challenges of my career.

Like almost all parts of Welsh life, we have needed to change and adapt profoundly and rapidly over the last few months. However, as we now begin to emerge from the COVID-19 crisis and look to planning our future, we stand at a crossroads.

“The more deprived you are, the more likely you are to not just develop cancer, but also to have it diagnosed at a later stage”

Governments across the UK are confronted with a stark choice. We can pump-prime the economy for an attempted V-shaped recovery where the economy looks largely as it did before.

Alternatively, we can beat a path out of this unparalleled public health emergency that builds a fairer, happier and healthier world where preventable cancer becomes a thing of the past.

‘What has economic recovery got to do with cancer?’, I hear you ask.  Well, quite a lot actually.

Deprivation is something we really care about, and rightly so. All evidence suggests that the more deprived you are, the more likely you are to not just develop cancer, but also to have it diagnosed at a later stage and have poorer survival outcomes as a result.

Around 40% of all cancers are preventable. Everything about how we organise our society – from the food we eat and our children’s education, to the investment in deprived communities and policies to close the inequality gap – can all have an impact on cancer.

“Obesity is now one of the leading risk factors for cancer, with air pollution also being a contributing factor.”

As we exit lockdown, people will understandably be anxious about using public transport, but we clearly can’t afford for everyone to just jump into a car. If those who can afford to do so take to the road, we exit lockdown and enter gridlock.

Obesity is now one of the leading risk factors for cancer, with air pollution also being a contributing factor. And we believe getting people out of their cars and onto active and public forms of transport, where possible, is part of that solution. This would also reduce congestion and free up road space for anyone who absolutely has to use a private car.

That is why we’ve called for the next Welsh Government to invest, seriously, in Active Travel so we all have access to safe, affordable and attractive alternatives to public and private transport. This is even more pertinent in light of the new environment of social distancing.

Wales has already begun to invest in Active Travel, but the UK Government opening the fiscal faucet in this devolved policy area would lead not only to important benefits for residents in England, but a sizeable Barnett Consequential (the fiscal kind, not the result of three months with the hairdressers closed) allowing the Welsh Government to push further and faster here too.

It is easy now, in the midst of summer, to forget the end of the winter setting that accompanied the beginning of this crisis. During lockdown we were told to ‘Stay at Home’ – and as a nation those of us who could, cwtched ourselves away and battened down the hatches, while our valiant essential workers, carers and NHS staff kept us safe. But how many of us were lucky enough to have warm, secure homes to do this?

Over half of Welsh homes are thought to be in the three worst performing categories when it comes to energy efficiency. We all know how much it costs to heat a home and for people diagnosed with cancer, who are more likely to feel the cold, the cost of heating can be a real worry.

It is estimated tackling energy inefficiency by retrofitting properties to bring all properties up to a minimum ‘D’ rating, would remove 40% of fuel-poor households from fuel poverty and cut housing-sector carbon emissions by a quarter.

Such a proposal would have a triple-whammy effect of creating jobs (an estimated 5,400 in Wales), reducing energy use and quite literally insulate some of the most vulnerable in the country from increases in fuel costs; a problem that is so often an underappreciated complication of a cancer diagnosis.

If we are looking for projects to kick-start our economies, seriously investing in such schemes is a great bet, and the side effects aren’t bad either. But with other European countries investing 10 times this amount in similar schemes, the Chancellor’s £3bn pledge for retrofitting is certainly a start, but a start it must be.

As we exit lockdown and approach the pre-election period for next May’s Senedd elections, we all need to think seriously about how we reshape our economies to a new way of working – with new needs, new challenges, but crucially, new opportunities.