Profiling the nominees for the Citizen’s Voice Category.

The Citizen’s Voice award recognises an individual who has enhanced the community in which they live on a local, regional or national level through the conduct of an active campaign or otherwise by encouraging active participation of others to improve society.

You can watch the video of the shortlisted nominees in the Citizen’s Voice category below:

The nominees for this year are:

Ali is a leader with Cardiff Citizens – an emerging alliance of churches, schools, mosques, trade unions, charities and other civil society organisations who act together for social justice and the common good. Cardiff Citizens is part of Citizens Cymru Wales and affiliated to Citizens UK.

Ali is a member of the Leadership Team for Cardiff Citizens, and has a strong track record of leading young people from Somali, BME and other young people from disadvantaged backgrounds in Butetown and Grangetown into non-partisan political action. Since 2011, Ali has played a leading role in successful Cardiff Citizens campaigns to persuade Cardiff Council to pay the Living Wage and to persuade Nando’s to open the first mainstream halal-compliant restaurant in Cardiff city centre.

Ali has not only played an outstanding leadership role himself, he has brought dozens of other young people into the community organising process who have now seen that change is possible.

Founder and CEO of Living Room Cardiff – a ground breaking, community based recovery and day care centre offering free on going support and after care for anyone who needs support in taking that 1st step towards recovery or wants to maintain their ongoing recovery. LRC offers an all addictions approach to help individuals suffering from addiction to alcohol and drugs (prescribed or illicit); people with gambling, sex, eating disorders, self – harm and any other dependency or harmful behaviour.

LRC also provides regular residential retreats, which uses the 12 step recovery programme, as Chair of the organising committee Ellis Owen led partners in the first ever Welsh National Recovery Walk in Cardiff when 1500 people marched through the city to counter the stigma and discrimination that still persists.

After a 40 year career as an actor, director and writer working in television and theatre, he decided to return to college aged 58 to study for a degree in Addictions Counselling through the Centre for Addiction Treatment Studies (CATS) in Warminster. In long term recovery from severe drug and alochol dependence – he celebrates 22nd sober birthday this July.

He cleared his debts by writing and then pursued his dream of setting up the Living Room Cardiff and then returned to college.

Calan, which stands for renewal and change provides a holistic range of services for all individuals and families who have experienced domestic abuse, including support and information, refuge accommodation, community based support and specialist children and young people’s services. Rhian leads the organisation with a vision to develop and deliver high quality services that will enable and support individuals and families to make lasting positive differences and life changing decisions and make our communities safe from domestic violence. After studying law at Aberystwyth and Cardiff Universities, Rhian joined the police and was an officer for seven years. During her last three years in the police service she worked as an independent domestic violence advisor (IDVA) supporting individuals and families at very high risk of domestic abuse.

As a result of Rhian’s work the training facilitated by her team is designed to pass on knowledge and raise awareness of professionals so they are able to identify the signs of domestic abuse and be confident in signposting individuals to specialist support services. Organisations are actively approaching Calan DVS to deliver programmes for their work force e.g. Abertawe Bro Morgannwg University Health Board, Mid and West Wales Fire Service, Neath Port Talbot CBC and voluntary sector organisations who recognise the prevalence of domestic abuse within their field of work e.g. Gofal, Dewis. 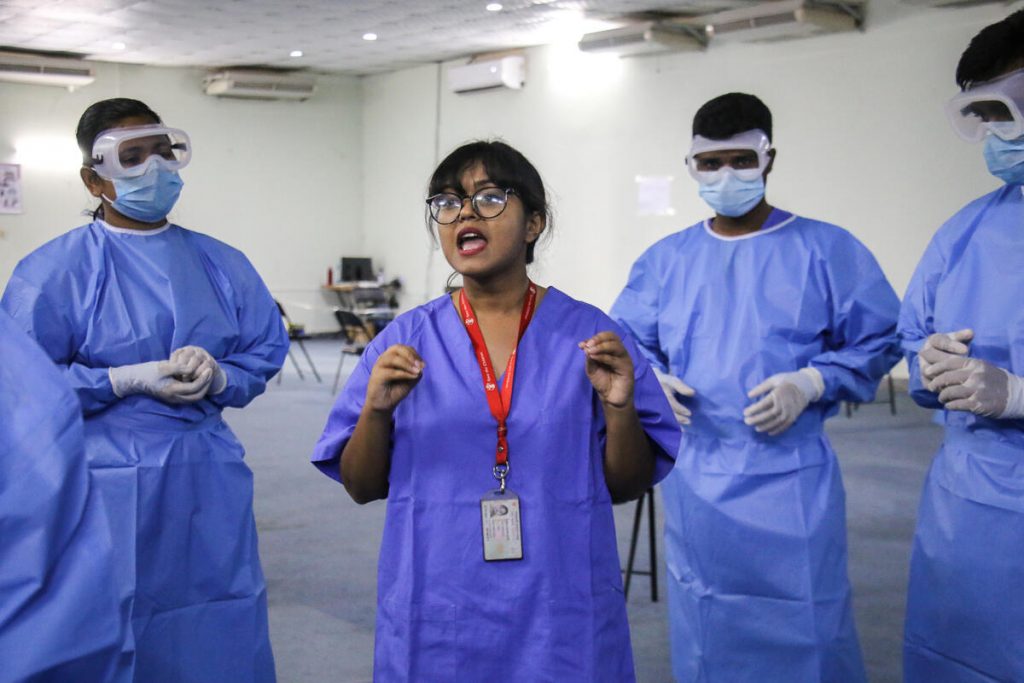