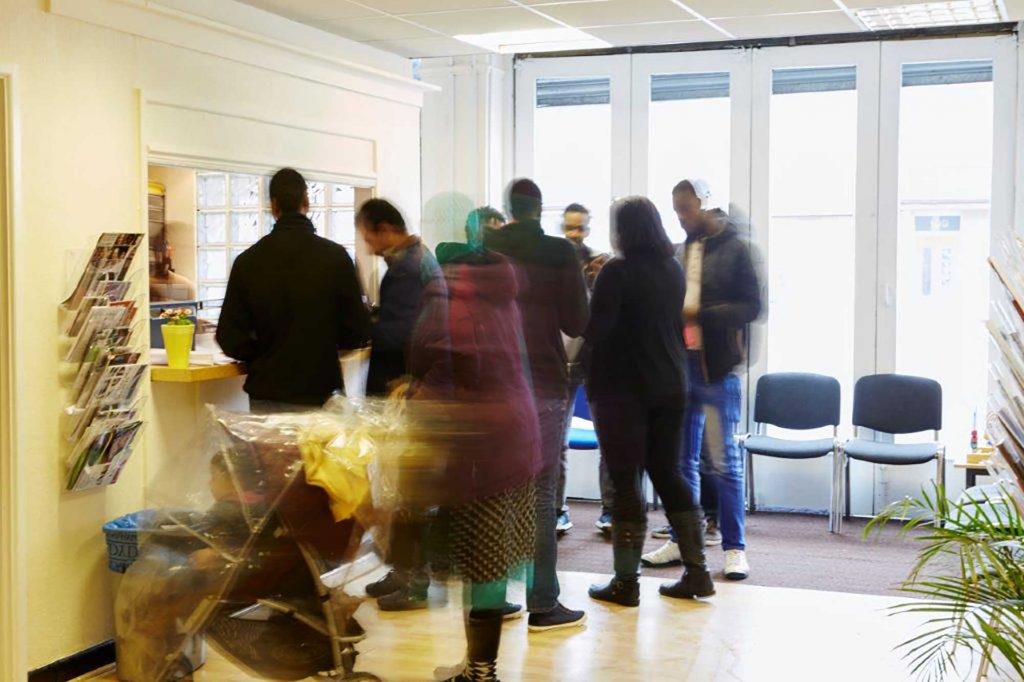 Seeking sanctuary has never been easy, but coronavirus has made building a new life in Wales even more challenging, writes Holly Taylor.

Often discussions of the essential need to end poverty in Wales, to end homelessness in Wales or to improve wellbeing outcomes in Wales – even the need to engage with citizens in Wales – overlook asylum seekers or those with insecure immigration statuses.

Recently, the Prime Minister seemed genuinely shocked to learn some people couldn’t access any financial state support due to their immigration status – the dreaded “No Recourse to Public Funds” condition. Even here in Wales, the retention of powers over support for migrants to the UK means the Welsh Government have limited ability to provide additional support. For this group, poverty in Wales is imposed by the UK Government.

Coronavirus doesn’t affect people equally, and refugees and asylum seekers are a high-risk group, more likely to become seriously ill and to be negatively affected by consequences of lockdown. Nearly all those we work with at Welsh Refugee Council identify as BAME. The increased risk to these communities from the virus is now well known if not well understood.

Early in the Pandemic, the ONS found the cost of high demand foods had risen by 4.4%. Added to that, the ability to travel and get around is much reduced. With restricted travel and closure of some large cheap stores, asylum seekers are turning to local shops where the basics cost more.

During the crisis, asylum seekers who live on just £5.37 a day for food, clothing, toiletries travel, phone credit saw an insignificant increase to their allowance – a rise of just 26p per day. This stands in stark contrast to those on Universal Credit who saw a £20 per week uplift.

When the Home Office calculated asylum support rates, they included enough funds for asylum seekers to purchase 4 bars of soap a year. During the Pandemic, these support rates are insufficient, with many asylum seekers having to restrict food purchasing so they can buy hand sanitiser.

Many depend on third sector organisations to access free English and Welsh classes, volunteering opportunities and integration activities. Almost all services closed and went online.

As a result of the Pandemic, there have been renewed calls for internet access to be a “universal right”, so that people have adequate access to information. This is also essential for those in the asylum system.

Asylum accommodation is provided on a no-choice basis, and internet access is not provided. In “normal” times, many relied on free wi-fi hotspots in public spaces, coffee shops or at third sector drop-ins; all now closed. Instead, many must depend on expensive mobile data. A survey of families in Cardiff found they have spent an average of £45 a month on connectivity during the lockdown. This really is a choice between isolation or starvation.

Lack of connectivity affects access to information, social interaction, and impacts on integration.

Asylum seekers are banned from working, limited in their access to education, and unable to afford many cultural activities, many of the “usual” avenues to learning the English language are already closed off.

Many depend on third sector organisations to access free English and Welsh classes, volunteering opportunities and integration activities – visits to our castles, our beaches, our Senedd. In return, they have shared their language, their food, their song, their passions, their talents, their skills. Such activities came to a crashing halt by the virus. Almost all services closed and went online. Those that remained open offered a much-reduced service, with a focus on providing food and toiletries to those left with nothing.

This week is Refugee Week – usually a chance to celebrate and share the achievements and contributions of sanctuary seekers across Wales. This year, like so many things, this is now online. We know the barriers, we know the costs of taking part, and we are grateful to our partners who are supporting people through donating mobile top-ups or 4G routers.

The Oxford Migration Observatory found that around 55% of those claiming asylum in the UK are granted some form of status to remain in the UK, but for limited 5-year periods. This means a further process of reapplying is always looming. Part of our work is around supporting refugees with integration and the ongoing barriers and challenges they face.

For instance, newly granted refugees tell us that the rules they had followed as an asylum seeker ‘You must not work”, “you must not rent”, changes almost overnight-once refugee status is gained. We help them to find somewhere to live, open bank accounts, and take the steps needed to integrate into local communities.

We firmly believe that for those asylum seekers that do return to their home countries, it is better as part of our commitment to becoming a Globally Responsible Wales that they are equipped to be more resilient, and less likely to fall into the hands of traffickers, or be vulnerable to modern day slavery.

We believe asylum seekers are people, like you or I, and we want them to flourish, wherever they may be, returning with skills and abilities to help them, their families and their communities. It helps no one if our Government returns people who have been left languishing in a punitive system.

And what of the numbers? According to the UN’s Refugee Agency, there were almost 26 million refugees worldwide in 2019. Those are people who have had to flee their homes and cross an international border to seek safety. Of those, just over 3,000 asylum seekers currently call Wales home.

The Welsh Government have committed to Wales becoming a Nation of Sanctuary – and for that, we are thankful. But we can afford to do more to support those fleeing persecution – if there are nearly 26 million refugees in the world, are we really doing our part?

Holly Taylor is Executive Director of Policy and Communications at Welsh Refugee Council.