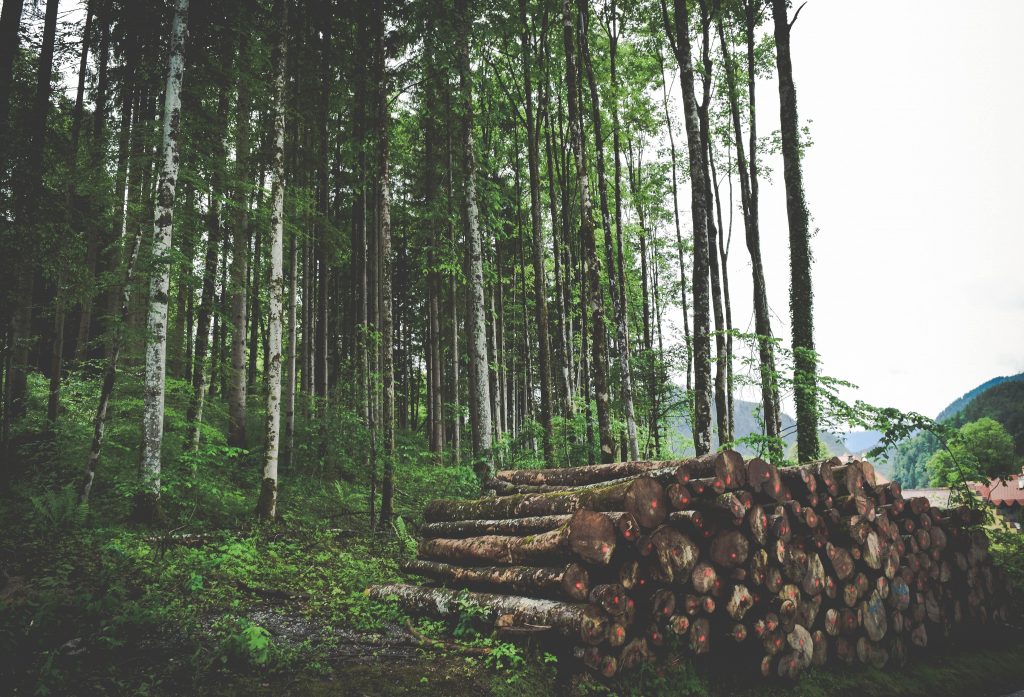 Welsh Government has a target to plant 180,000 hectares of land with trees by 2050. That is a lot of trees – over 300 million at planned densities. The target is ambitious because the world faces a nature and climate emergency and so Wales needs large scale planting for carbon sequestration that helps towards net zero carbon emission. Yet it also needs smart planting that promotes biodiversity, anticipates climate change and insures against the dangers of monoculture. Harvestable planting would produce Welsh timber to displace steel and concrete in construction.

Meeting these complex objectives by planting the right tree in the right place, with farmer and rural community participation, is a massive challenge and the past record and current prospects are discouraging. Welsh Government has offered grants for planting but completely failed to meet its planting targets for the past decade or more. The prospect is also of too much planting of the wrong, disruptive kind. Outsider companies and investors are already buying Welsh hill farms for carbon offset purposes or in anticipation of rising prices for carbon credits.

Against this background our proposal is for institutional innovation. At national level, Welsh Government should set up a public interest company which would operate at arms length and take responsibility for meeting planting targets in an ecologically responsible way while safeguarding the interests of upland farmers and their rural communities. This national company would issue bonds to raise the finance to implement regional planting plans developed by farmers, local authorities, environmental activists and socially committed organisations like housing associations.

Institutional innovation is necessary because in afforestation (as in many other areas) Welsh Government has an implementation problem, which in Wales (as elsewhere) can only feed democratic disillusion about governments which over-promise and under-deliver. In terms of planting targets and much else, Wales has world-class good intentions. But, well-meaning ambition too often founders at the stage of implementation. Disappointment results when government puts a lot of effort into formulating policy objectives but does not clearly focus on the policy levers and institutional arrangements necessary for delivery.

If Wales is to deliver on afforestation, it needs a public interest company which can tap the resource of financial markets as a private borrower.

After twenty years of devolution, Welsh Government needs to be much clearer about what it can and cannot do because of the limits on its organisational capacity and financial resources. A handful of multi-tasking civil servants in Cardiff offering grants to incentivise reluctant farmers to plant enough trees just won’t get the job done. This job requires a management cadre of full-timers with financial expertise dedicated to the achievement of the plan, backed by appropriate foresters and silviculturalists providing the sector specific knowledge. A central body could appraise regional plans and ensure that they added up across Wales so that national targets could be reached.

And financially there are limits to what Welsh Government can do to manage planting through grants. Logically, more generous grants could deal with yesterday’s problem and stimulate planting but could not deal with tomorrow’s problem and slow an influx of corporate and fund investors buying Welsh upland farms. Welsh Government has limited resources to fund grants or a broader array of policies because its borrowing powers are (and will be for the foreseeable future) tightly constrained by the UK Treasury. Afforestation to meet Welsh targets will cost hundreds of millions, and more Welsh Government borrowing for afforestation means less for other worthy and expensive objectives like housing decarbonisation.

The public interest company proposal therefore represents a radical innovation. Welsh Government would in effect be delegating the implementation of a major strategic objective to an executive organisation which would have tactical freedom and its own independent sources of funding. The impetus for delegation comes from recognition that Welsh afforestation is a major project which needs organisational capacity and financial resources which Welsh Government does not have. But the delegation only makes sense if we can show that we have learnt the lessons from the failures of privatisation and outsourcing and can construct a business model which would make the new public interest company viable.

The historical experience of utility privatisation and service outsourcing shows that corporatisation and private finance can be a good servant but is too often a bad master. The contrast between English and Welsh water here provides a nice example. In England, ownership of assets and control of operations were handed to equity investors with expectations of double digit returns under a sleepy regulator who did not stop restrictions on investment and distribution of profits while the companies were loaded with debt. Dwr Cymru is a different and altogether more creditable story because it was a bond financed not-for-profit company; the investors had a clearly limited claim to interest income without control of operations or ownership of assets.

The lesson of Dwr Cymru or the Welsh Housing Associations is that bond finance is the way to go in an autonomous company that needs to limit exploitation while serving a broad social purpose. But our proposed afforestation company is a more complicated proposition for the bond investor. A water company or a housing association from start-up has the reassurance of an immediate and predictable stream of regulated cash income coming from householders. In afforestation, there is an awkward multi-year income gap between the initial expense incurred on planting (and land acquisition) and the uncertain and distant prospect of significant income.

The target Welsh planting would realise carbon credits, over the next thirty years, worth between £200 million and £460 million

An independent public interest company would need to borrow against the future revenue that would come from the trees whose planting it oversaw. That revenue, from carbon credits or from harvested timber, lies far into the future. There could be nothing for five years and much revenue would accrue in 20 to 50 years’ time. It is unusual for a private company to borrow over such long periods, although governments do it all the time. To do so the company would require a very strong   credit rating which depends on the assets in its balance sheet. In this case, bond finance would be viable only if the afforestation company was set up with an initial ‘float’ of money or endowment of assets.

In the longer term, beyond ten years, the new company should have revenue sufficient to service the bonds. We do not know what the value of carbon credits or the price of timber will be in twenty years’ time but the odds are that they will both be higher than today and, quite probably, a lot higher. The target Welsh planting would realise carbon credits, over the next thirty years, worth between £200 million and £460 million, depending on the price of carbon, with the best estimate nearer the top of that range. Over the next fifty years the value of the credits would rise to between £850m and £2bn, again with a bias to the higher figure. Add in revenues from timber, because planting would be a blend of fast-growing poplars and conifers and longer-lasting deciduous hardwoods, and revenues should service borrowing of up to £500m if interest rates stay reasonably low.

But to get the necessary credit rating and benefit from low interest rates at start up the public interest company would need an endowment of assets on the balance sheet as well as the prospect of earnings as outlined above. The most straightforward way of providing that endowment would be for Welsh Government to put in a cash float to cover operating expenses for the first few years as well as make a contribution towards the balance sheet.  If the Welsh Government capitalised a few years of the expenditure that it plans anyway for afforestation, it could put up £50m and that should be enough to cover substantially larger borrowings.

There could also be a resource endowment from some or all of the commercial forest currently valued at £369m of ‘biological assets’ in the accounts of Natural Resources Wales. NRW is already considering selling up to 30% of its timber for social value outside the auction system which is currently generating income of just over £25m a year. It would simply be going one step further for NRW to relinquish the assets and pass their ownership and control to a public interest company whose core business was afforestation.

The business model problems about the income gap and the requirement for a strong balance sheet are both soluble with a bit of creative financial engineering. Altogether there is a good prospect that our public interest company could be financially viable with a strong credit rating. That would make it attractive for pension funds needing to invest in long-term bonds to match their future pension liabilities. Non-financial environmental, social and governance (esg) criteria are increasingly being used by fund investors to screen investment opportunities. A Welsh forest bond could fill the bill, and that judgement can be easily tested by canvassing pension fund managers and other potential investors.

All the above proposals need scrutiny and development. If financial viability is confirmed, then Welsh Government should organise an open tender which would be run rather like the competition for a 1970s TV franchise. The emphasis should be on management capability and expertise. Bidding consortia could include housing associations, universities, further education colleges and for-profit consultancies as long as they are prepared to work on a fee for service basis.

This kind of competition would be a radical social innovation, but it is the logical outcome of our argument. Welsh Government has neither the organisational capacity nor the financial resource to deliver socially beneficial afforestation at scale. Delivery requires dedicated professionals who can manage a complex multi-year programme involving extensive local inputs; working in a permanent organisation that can respond flexibly to unforeseen circumstances likely to occur; empowered by the financial resource that comes from mobilising capital by borrowing long-term off the balance sheet of the Welsh government.

A public interest company is the obvious way to meet these requirements. Let’s make it happen.