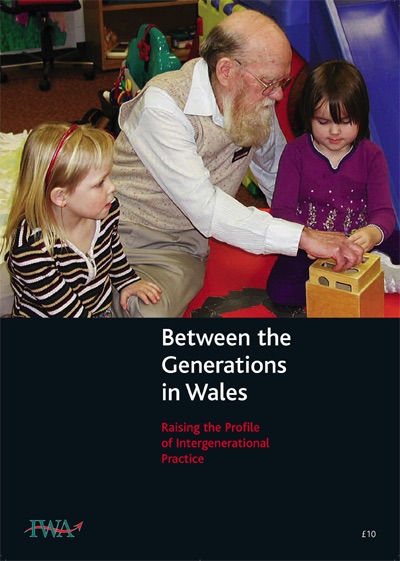 Ideology is a necessary component of politics, but the Brexit convulsions in Westminster prompt the question: what can happen when ideology obscures practicality? Many readers will remember that John Redwood, a leading Eurosceptic and supporter of Jacob Rees-Mogg’s European Research Group faction of Conservative MPs, was once known for other political activity. This earlier activity offers one answer to the above question.

From 1993 to 1995 Redwood was an unlikely Secretary of State for Wales. In those pre-Assembly years, the Secretary of State governed a Welsh Office that possessed the responsibilities now discharged by the Welsh Government. Redwood’s appointment was unexpected given his Thatcherite past, symbolised by his leadership of the Downing Street Policy Unit during the miners’ strike. While previous Conservative Secretaries of State recognised that their party’s minority status in Wales meant that it was politically sensible to adopt a relatively conciliatory approach, Redwood was different. He planned to promote his political views and fulfil his personal ambitions by imposing an uncompromising Thatcherite agenda.

One part of Redwood’s agenda was administrative. He attacked the Quangos, powerful and often controversial arms-length delivery bodies, launching multiple reorganisations and cutbacks such as halving public funding to the Welsh Development Agency. He planned to reduce Welsh Office staffing by one-sixth, before completing a local government reorganisation that created 22 unitary authorities. Controversially, Redwood claimed later that his efficiency drives enabled the Welsh Office to return part of its block grant to HM Treasury. He also prioritised moral issues, visiting St Mellons in Cardiff to condemn absent fathers and the trend towards single parent families, the first of many poorly received proclamations. Finally, his arch-Euroscepticism prompted quixotic actions including preventing the Welsh Office from seconding staff to the UK’s Representative Office in Brussels.  The Secretary of State could not be restrained, with Welsh Office Minister Wyn Roberts recalling in his autobiography that he decided to “watch over John as carefully as I could and infuse some common sense into his decision making, given the chance. Alas, the chance occurred infrequently”.

Redwood’s impact was enhanced by his distinctive personality, captured by his “Vulcan” nickname. He showed little interest in Wales, mentioning it only once in an hour-long television interview. He refused to sign Welsh language documents and was reluctant to overnight in Wales, preferring to be driven back to his Wokingham constituency. The most damaging incident occurred, however, at a Welsh Conservative Conference. He was on stage as attendees sang the national anthem but had not learnt the lyrics and instead mimed awkwardly in what became an infamous and symbolic performance.

Electoral support for the Conservatives promptly collapsed, reaching a nadir in the 1995 local elections when they won only 42 of the 1,273 council seats being contested. Nevertheless, Redwood resigned shortly afterwards to challenge John Major for the premiership, but his disastrous image accompanied him and what the media called his “barmy army” of supporters –  the Sun newspaper printed Vulcan ears for his supporters to cut out and wear –  and his bid failed. He never held government office again and his party lost all their parliamentary seats in Wales at the 1997 general election.

While Redwood might have been little more than a colourful footnote in Welsh political history, his behaviour had far reaching consequences. Political majorities are often coalitions requiring a unifying force, as was the narrow majority supporting devolution at the 1997 referendum. The underlying themes that enabled devolution, including reaction against Margaret Thatcher’s Governments and the growth of Welsh institutions, already existed but four factors meant that Redwood was a crucial unifying force within a largely indifferent electorate.

First, Redwood’s ability to impose his will without a Wales-based democratic mandate exemplified constitutional inequity to his opponents, to whom his behaviour meant that the constitutional settlement was not only discredited but visibly laughable to the point of implausibility. Second, Redwood profoundly alienated administrative and governing elites, prompting some to support constitutional change to avoid any repeat of their discomfort. Third, his local government reform removed opponents of devolution by abolishing county councils, who had often feared becoming a disposable tier of government under an Assembly. Finally, he unwittingly damaged the only mainstream political force wholly opposed to devolution, the Conservatives, who were perceived as reluctant to define or defend Welsh interests. Redwood’s successor, William Hague, was more emollient but could do little to overturn such views. All this meant that the constitutional settlement was increasingly seen as untenable, enraging and energising supporters of devolution before demoralising and discrediting their opponents. Elevated levels of discontent were exploited by pro-devolution campaigners to secure a narrow referendum victory over a weakened opposing campaign in September 1997, a few months after Labour’s general election landslide.

Redwood had grand plans for Wales, where he was to impose an inflexible and morally charged Thatcherite agenda before becoming Prime Minister. Instead, his ideological and self-centred actions stymied his political career, harmed his party and helped facilitate devolution, outcomes that were the exact opposite of his intentions. Mark Twain is reputed to have said that “history doesn’t repeat itself, but it often rhymes”. Nobody knows how the Brexit saga and its aftermath will unfold, but we should not be surprised if the unintended consequences of John Redwood make another appearance.

Dr Leon Gooberman lectures at Cardiff Business School. His recent publications include ‘From Depression to Devolution: economy and government in Wales, 1934 to 2006’, published by the University of Wales Press.

2 thoughts on “The unintended consequences of John Redwood”