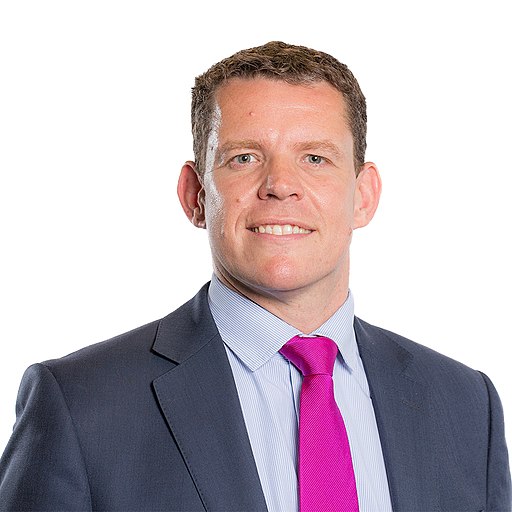 Honda’s announcement of the closure of its Swindon plant has sent shockwaves through the automotive industry in the UK, including here in Wales.

The announcement could have dire consequences for the supply chain.

Car component manufacture has long been a major sector in Wales. Welsh Government’s Trade and Investment arm highlights automotive as one of its key industries in advanced materials and manufacturing, its glossy website telling us that “the automotive industry in Wales features around 150 companies employing 18,000 people and generating £3 billion each year.” That’s significant.

But there are ominous signs for the future.

Kasai, which makes parts for Honda as well as Nissan at its Merthyr Tydfil plant. 200 people work there. The Honda announcement is seen as potentially disastrous for them. Toyoda Gosei’s 600 employees at Gorseinon also supply Honda. As does Mitsui in Ammanford and Sumitomo in Ystradgynlais.

It’s not just Honda of course.

Ford announced recently it was looking for 400 voluntary redundancies at its Bridgend engine plant. Schaeffler called time on 60 years of manufacturing in Llanelli. The workforce numbered there over 200.

Welsh component suppliers to European car plants are already being told to consider moving their operations to mainland Europe or lose business altogether. How many forced moves may take place if the cocktail of ‘friction and tariffs and uncertainty’ prevails?

Is Brexit the culprit for these job cuts and cutback already announced? UK Government argues not, but it would, wouldn’t it? There is, in fact, no doubt that Brexit is factor, a key underlying influencer of long-term investment decisions. Uncertainty is rife. It’s bad for business and undermines confidence. But if the uncertainties around departing the EU under any scenario are problematic, the possibility of leaving on a “no deal” basis is an altogether more serious proposition.

Ford, fresh from its job-cutting announcement at Bridgend, says ‘no deal’ would be catastrophic. It could lead to ending any new investment in the UK. Another major automotive player Toyota at Deeside has warned of potential supply chain problems potentially bringing work to a stop, threatening the production of £10m-worth of cars per day.

There could be a very bright future ahead for the automotive industry in Wales and the wider UK – where our expertise in electrics/chip/battery technology in particular could supply the ‘smart’ parts of the future propulsion solution. But with major companies like Ford and Honda – and others – in active retreat, we lose the automotive platform on which R&D in the next generation of car propulsion systems is built.

There’s also the issue of being outside future EU regulatory frameworks for Electric Vehicle (EV) developments.

I’m a big EV enthusiast for their automotive, environmental and economic potential. We all should be. But we risk not being in the game if the UK and Wales become an automotive industry desert.

The Brexit debate has often been accompanied by cries of ‘Get on with it!’ I’ve also been asked ‘why not just concentrate on making it work?’ Well, yes, I’m a passionate European who doesn’t want to leave the EU but, as well as arguing that ‘there is no deal as good as the one we already have’ in terms of trading with the EU, we have invested considerable effort in seeking mitigation measures.

Personally, I think the best way of remaining in the single market and customs union would be to remain members of the EU. That way we are bound by the rules, but maintain our influence over what those rules dictate. But if we are to leave, we need to look after our interests. That’s why my late colleague Steffan Lewis AM worked so incredibly hard to push for the publication, jointly with Welsh Government, of the Securing our Future white paper.

And whilst I and my colleagues make the case for a fresh democratic vote on the nature of EU exit (giving people the option to remain if they think UK Government has been unable to come up with an attractive proposition for departure), we continue to look at various options, should the worst come to the worst.

One aspect of our work currently is in the area of Free Ports. We don’t seek the creation of Free Ports because we believe they’re the best option going forward, but we’re looking into it because if we crash out of the EU, or indeed even if there is to be an agreement for exit, they could help soften the blow for some of our key sectors.

We are engaged in a number of conversations on developing policy in this area, not only in automotive but in other sectors, too. The principle is simple enough: create Free Ports, or Free Trade Areas, within which goods can be imported and exported without the application of tariffs or taxes. This could mean an actual seaport or airport, but it could also just be a free trade zone created around, for example, an automotive assembly cluster, or collection of clusters. Or an aviation assembly centre. Or other sectors that could be identified as potentially being able to benefit. Raw materials or components could be imported, value added to them through assembly, and then the finished product is exported.

Free Ports, used to create economic advantage in many countries worldwide, could be a vital tool here in protect the supply chain against prohibitive tariffs and act as ‘growth poles’.

We simply cannot afford to let supply chains in automotive or other sectors such as aerospace implode in the event of a no deal Brexit.

These are still relatively early days in the Free Port debate, but we in Plaid Cymru are eager to ensure that if the UK Government is inclined to pursue this agenda (sadly, this is not a devolved area), then Wales has its house in order and knows what has to happen to maximise any options for mitigating against the Brexit threat.