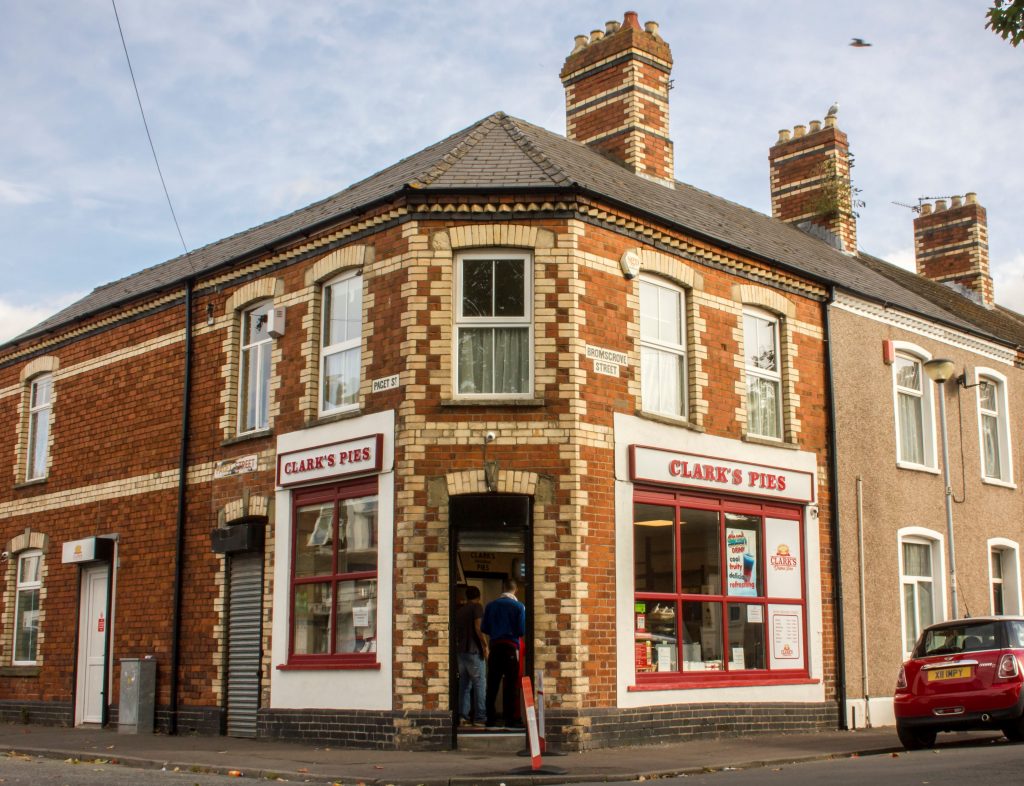 Cardiff’s gentrification hasn’t, truthfully, been as sweeping and all-consuming as that which decimated rooted communities in south and east London and alienated them from the high streets which used to serve their needs. Not yet. Nor has it had the impacts on house values – recently, at least – that we’ve seen pricing locals out of Newport almost overnight and ensuring young people in south-east Monmouthshire don’t have the choice to build lives in the area in which they spent their childhood, should they want to.

That said, within the past couple of months alone we have seen growing signs of it. New cafes, wholefood restaurants and shared working spaces have opened in the Grangetown neighbourhood, whose population is amongst the most diverse and deprived in Wales. It is also, it’s worth noting, a community with roots going back many generations, defying the narrative of itinerant migrant communities that, I would say anecdotally, many in Cardiff lazily assume characterises the area. They are also battling clear examples of overdevelopment on their border with the city centre, where the housing development on the Track 2000 site was approved earlier this month despite huge opposition from within the community and from two of its three councillors. Developers are now setting their sights over the river from the redevelopment of the Brains brewery site, and Grangetown is squarely in the firing line.

The politics of businesses setting up shop within a mostly united, coherent community, sometimes failing to pay their dues to that community, with prices that clearly aren’t targeted at the local population, and trading on a post-industrial chic which signals authenticity is, to me at least, pretty clear. The rampant building of architecturally incongruous serviced apartments, buy-to-let-oriented flats and office spaces even more so. Of course, individual examples can only ever be symptomatic, and the place of Cardiff Council to provide a steer to city development should not be ignored. But the disparity of opportunity that gentrification brings is particularly stark when there are so few avenues of opportunity for entrepreneurial individuals to create small businesses to serve their own communities, and when important social enterprises in Cardiff must turn to crowdfunding to fight for the provision of some community spaces, and others are fighting council-condoned redevelopment.

At such a juncture, we should force ourselves to confront the changing appearance and makeup of Cardiff. Gentrification and redevelopment are piecemeal processes that, by their creeping nature, often disallow us the opportunity to consider wholesale the changes that will come and mount a robust defence of the value of the residual or pre-existing built environment. These are not neutral changes simply because they are gradual. As the celebrated geographer David Harvey writes, ‘we do not … experience the city blankly and much of what we do absorb from that daily experience … surely has some kind of influence upon how we are situated in the world and think and act politically accordingly’. Our cities aren’t just containers for our homes and our working lives, they are a political fabric that may limit or expand our political horizons. Nowhere is this more important to realise, I would argue, than in Cardiff, our capital.

Cardiff is a city with an extraordinary, layered relationship with space. The entire area south of the mainline railway tracks and east of the River Taff – variously called Butetown, the Docks, Tiger Bay, Cardiff Bay – has been built, demolished, deindustrialised, abandoned, ghettoised, rebuilt and refashioned multiple times. Areas of the city centre are on their third, even fourth, incarnation. We are apparently about to see the improbable rebirth of the dock feeder canal as the centrepiece of a development that may end up with the same company that removed small businesses – including the popular grassroots venue Gwdihw  – from Guildford Crescent to much outcry last year, profiting wildly from the gentrification of those meagre three surviving low-level buildings of a sort that once filled the south-eastern edge of the city centre. All the while, a lot of the real, peopled history of these places is erased or at best ignored. There’s no museum to the history of the docks and its communities (the Butetown History and Arts Centre was allowed to close in 2017), and only by the concerted attempts of local activists and creatives did the 1919 Butetown race riots receive the centenary attention that they deserve.

It might feel indulgent to agonise over what are perhaps, within the current financial logic, inevitable events for a growing capital city during the early years of self-government. But by Cardiff’s very nature as Wales’s largest and capital city, I think we need to work much harder in thinking about what sort of future we want for it, and what this means for our country as a whole. ‘The question of what kind of city we want,’ writes Harvey, ‘cannot be divorced from that of what kind of social ties, relationship to nature, lifestyles, technologies and aesthetic values we desire… It is, moreover, a common rather than an individual right since this transformation inevitably depends upon the exercise of a collective power to reshape the processes of urbanization’.

Cardiff is Britain’s fastest-growing city – what sort of growth will this be, and what will it look like? We are likely to see hundreds of new, real council houses developed on a central brownfield site near Dumballs Road, but equally the Plas Dŵr development on fields west of Cardiff shows all the signs of embodying the worst excesses of home-counties suburban dystopia, with little active transport provision and road access to the city centre primarily provided via one of its already most congested arterial routes.

Cardiff is home to some of the oldest black and Asian communities in Britain and is the most ethnically diverse part of Wales. What would community development and planning laws look like that were truly cognisant of this fact and placed community empowerment at the heart of determining the future of the built environment? The architectural history of the docks has been more or less eradicated (and with it the social history) during the feverish heights of 1990s neoliberal hubris, but the question remains of how we ensure the Butetown community is served by continued development in the area, especially by the South Wales Metro.

In truth, Cardiff’s problem is that of every British city: what is it for? There is no narrative which defines Cardiff’s purpose beyond the servicing of the consumptive needs of its population, a form of justification whose circularity hardly needs illustrating. If we are to imagine an urban future beyond economic and social relations founded on consumption then it needs to be one by which city spaces can justify themselves based upon facilitating the true needs of those who live there: spaces that encourage real community creation, neighbourhoods that combine spaces allowing meaningful work with meaningful and comfortable living, a recognition and protection of what historical elements of the city we do have where they can still produce meaningful vibrancy in the modern city (a test by which, no doubt, many of the soulless Cardiff Bay developments would fall foul before too long). We have done a great deal to damage our city and to bulldoze over what was good. Without a vision for what city we want in the future, married to a vision for what society and what Wales we want, we risk consigning Cardiff to a form of creeping death. At least we’ll have good coffee along the way.

Merlin Gable is the culture editor of the IWA's the welsh agenda magazine and is chair of Butetown Labour Party. He writes here in a personal capacity.