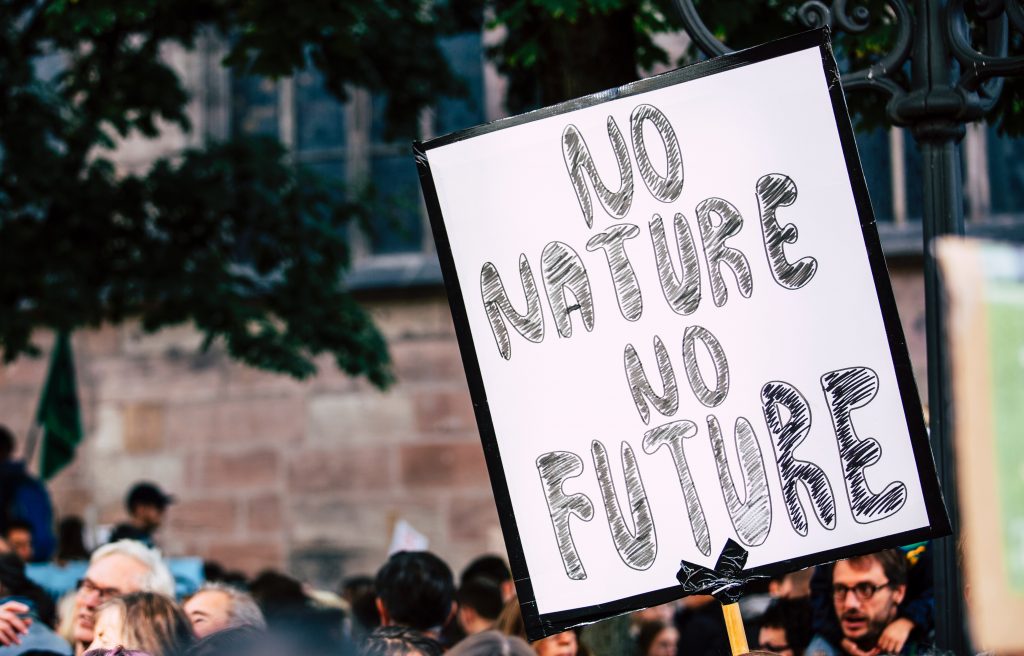 Sophie Howe argues that although it contains commendable points, this cannot be called a budget suitable for future generations.

The horrific bushfires tearing through Australia and floods consuming Jakarta are not scenes from a dystopian future. We are now witnessing, daily, the devastating effects of a rapidly warming world, ravaging our wildlife and marine life as well as homes and communities.

In Wales it is our young activists Beth Irving, Dean Ockerby, XR Cardiff, Youth Parliament Members and many more who are leading and sustaining the pressure to keep climate change front and centre of public debate and policy making, alongside well known global activists Greta Thunberg and Jamie Margolin.

In December, the Welsh Government published its first draft budget since declaring a climate emergency last April. This was an opportunity for the government to showcase a budget supporting decarbonisation and reversing the decline of the natural world with investment across key areas such as public transport, housing and renewable energy. An opportunity to drive down emissions across our towns and cities, improving our health and environment, and promoting solutions which support ecosystem resilience.

There is a lot to be positive about in terms of the focus in the budget on nature and decarbonisation. We can clearly see a positive shift in political commitment and Government priorities with an extra £140 million towards electric vehicle infrastructure, active travel, nature-based solutions and a continuation of the Housing Innovation Programme which is now showing a greater focus on decarbonisation. I estimate that direct investment in decarbonising actions has increased by around 28% but this is starting from a low base.

But, while this political commitment is commendable, can the whole infrastructure of Government answer the question of whether its spend increases or decreases carbon emissions in Wales? From what I have seen the answer to that question is no.

So while the political commitment is there the forensic analysis needed is not. This means we don’t know whether the worthy and important new investment in climate and nature in this budget is being undone by business as usual elsewhere in Government.

For example, the recent Wales Infrastructure Investment Plan (WIIP – a ten-year infrastructure plan for Wales) update commits an additional £15m of investment for active travel but 64% of Welsh Government’s transport capital budget is currently allocated to building roads and it isn’t clear how the Plan is prioritising measures to address the climate emergency.

Similarly, it is currently not possible to analyse whether the full transport portfolio of investments in the draft budget is a net emitter of carbon emissions. This is significant because it makes it difficult to assess the budget’s contribution to the decarbonisation targets set for the transport sector – a sector which has thus far made very little progress reducing its emissions.

In other areas such as health, initiatives which are reducing carbon footprints are hidden behind opaque spending lines and the Government may even be underselling its departments’ efforts.

Without a comprehensive assessment of all spending decisions, positive progress in some areas may be undermined by high carbon projects or programmes in others. The Welsh Government have an opportunity to become a global leader on budgeting in a climate emergency, by publishing a ‘carbon impact account’ alongside its annual budget.

I would like to see the Government enhance their approach to the ambition and vision and provide an example of what a budget embedding the Act looks like, including a long-term strategy that shows actions that are delivering transformational change and tracks progress.

There are some good examples elsewhere where governments are more strategically analysing their spend. In New Zealand for example the government has developed an approach to well-being budgeting putting spending proposals through a stringent test of how they contribute to their wellbeing priorities. They also publish the spending decision shifts that took place as a result of this process.

At the very least I would like to see the Welsh Government explore opportunities to allocate new spending according to similar principles as New Zealand, or to create another process that links up actions with real outcomes and results.

And I want to see them go even further than this, as our legislation demands, so that they are not just undertaking a comprehensive analysis of the well-being impact of ‘new’ money as they do in New Zealand but look also at existing spend and whether that is maintaining the status quo or taking us toward the low carbon future we want and need.

Oslo’s climate budget is also a good example of how a region can prioritise, measure and fund the actions needed to ensure it is meeting its climate targets; Oslo also has an ambitious goal of being zero-carbon by 2030. Local governments and businesses work collaboratively and are responsible for implementing the measures in the budget and report progress three times during the year.

Working on advice from my office last year the Welsh Government have published a Budget Improvement Plan which commits to developing their approach to budgeting in line with the Well-being of Future Generations Act but they need to go further and faster on decarbonisation. A carbon impact account for major capital investment would provide a good starting point in beginning this process.

A standalone document, or part of the existing ‘Strategic Integrated Impact Assessment’ could consolidate existing project-level carbon impact assessments, improving the consistency and application across all government departments.

In the context of a climate emergency the Welsh Government should continue to pursue all possible levers for action, including direct spend, regulation, taxation, and initiatives aimed at achieving behaviour change.

It’s Low Carbon Plan is a starting point but action will have to be backed up by long term funding allocations and strict criteria around how funding for capital projects in particular are allocated – whilst investment in infrastructure is welcome and necessary, a Government which has declared a climate emergency should not be investing in hospitals, schools, houses, or transport solutions which are not carbon neutral without a compelling case.

So back to my question. Is this a climate emergency budget?

The Welsh Government has a duty under the Well-being of Future Generations Act to protect the interests of future generations. Whilst we are seeing political commitment and will to accelerate action to reflect the immediacy of the climate emergency, the infrastructure and transparency around understanding impact and tracking outcomes needs to be improved before we can say that this is truly a climate emergency budget and one therefore that is fit for future generations.

Sophie Howe is the Future Generations Commissioner for Wales.

One thought on “Is this a climate emergency budget?”