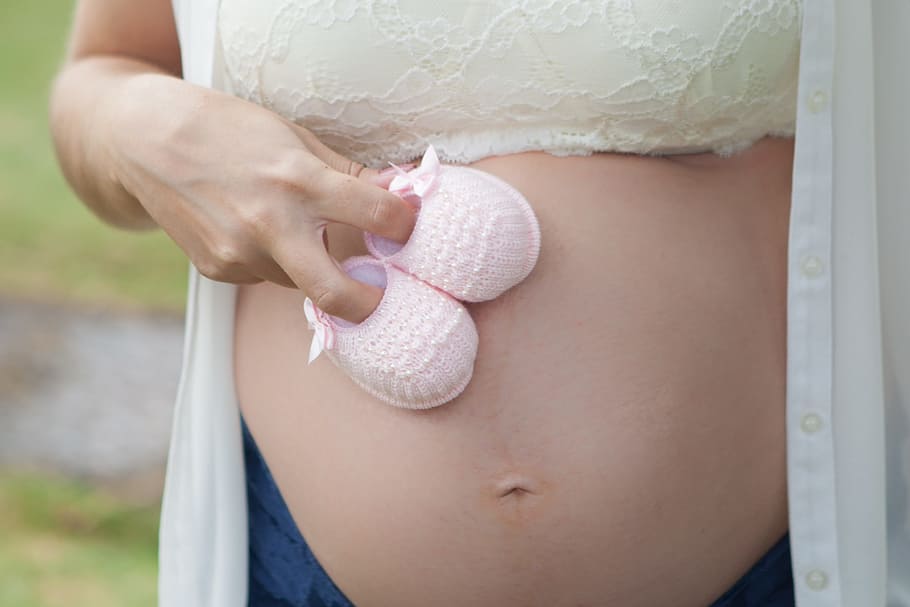 NHS Wales needs to adapt to the unique challenges of cancer and pregnancy, write Lisa Whittaker and Pete Wallroth

Coronation Street fans will be familiar with a recent storyline where Sinead Tinker was diagnosed with cervical cancer weeks after discovering that she is having a baby with boyfriend Daniel Osbourne. This emotional storyline raised much needed awareness of the experiences of many women and their families.

Two women every day in the UK and Ireland are diagnosed with cancer in or around pregnancy (although we do not know the exact figures in Wales). Two years ago I became one of those women. I was 35 weeks pregnant with twins when I first went to my GP after finding a lump in my neck.

My GP examined me and confirmed my worst fears, this could be thyroid cancer. So in the following weeks I was consumed by a mix of emotions, excitement and trepidation at the arrival of our boys and overwhelming worry that I might have cancer.

The GP was right and I was diagnosed with thyroid cancer when the boys were 5 weeks old. I am fortunate that after surgery and opting not to have more treatment I am cancer free and monitored regularly for any changes. But my experience caused me to look further into this issue and the experiences of others.

It’s expected that the number of women diagnosed with cancer while pregnant or shortly after will increase because more women are waiting until they’re older to have children and the risk of developing most cancers increases with age. Pregnancy itself does not cause cancer, but as with all cancers early diagnosis is key to stand the best chance of treatment being successful.

This can be tricky as many symptoms such as nausea, vomiting, abdominal bloating and other bodily changes are common in pregnancy but these symptoms can also be related to different cancers.

In Wales we need to gather data so we understand how many women and families have a diagnosis of cancer in or around pregnancy. This is the only way we can ensure they receive much needed support from the NHS and, if appropriate charities.

More awareness is also needed among GPs, midwives and other health professionals and women themselves so any concerns are not dismissed or wrongly attributed to pregnancy. If cancer is diagnosed in or shortly after pregnancy, this will likely only exacerbate the emotional and financial strain placed on families after a cancer diagnosis.

At a time which should be a mixture of happiness, nerves and excitement for the future, a cancer diagnosis brings lots of worry and uncertainty. There are many things to consider, including the effects of diagnostic tests and treatments and the well-being of mother and baby.

At an already very vulnerable time, women can find themselves on an emotional rollercoaster. I know from my own experience that I didn’t want having cancer to overshadow how lucky I felt after giving birth to two healthy baby boys.

Having a baby is also very expensive. It has been estimated that the average cost of raising a baby in their first year is £11,498. A cancer diagnosis can bring unplanned financial strain for example, a partner’s unpaid leave beyond paternity leave, travel and childcare costs for appointments, and private counselling if none is available on the NHS.

If I had opted to have further treatment this would have meant spending up to 2 weeks away from my family in isolation and this alone would’ve added unimaginable emotional strain as well as a financial strain to our family, which may have had longer lasting implications. One woman, supported by Mummy’s Star was a single mum with a teenage daughter and spent over £2,500 on petrol alone travelling from Anglesey to Sheffield three times a fortnight to receive her treatment because only two centres in the UK treat Chorocarcinoma.

Many women will have taken maternity leave from work and therefore a cut in pay.  It could be argued that maternity leave shouldn’t actually start until a woman is deemed fit and well following her cancer treatment. Many women find themselves in a worrying situation of running out of maternity leave but being unable to return to work and relying on sick leave. This financial and employment uncertainty further adds to the stress of their situation.

Bliss, the leading UK charity for babies born needing neonatal care have recently called on the UK Government to give parents an extra paid week off work for every week their baby is in neonatal care. It would be fantastic for this to be extended and something similar offered to women who have a cancer diagnosis in pregnancy or shortly after giving birth. This would give women the chance to have uninterrupted maternity leave.

This is why charities like Mummy’s Star and others are much needed. Mummy’s Star is the only one-stop shop for advice and support on cancer diagnosis in pregnancy. They advocate on behalf of families and facilitate peer support which provides a safe space for women, their partners and wider family members to share experiences, offer and gain support from others in similar situations and can also provide emergency small grants to try to ease the financial strain for families.

It’s critical that the government and NHS put systems in place which enable women to be part of the decision making process about their care. Planning is key once a woman is diagnosed with cancer in pregnancy and continuity of care is vital to ensure the patient remains at the centre of the process and trust is maintained.