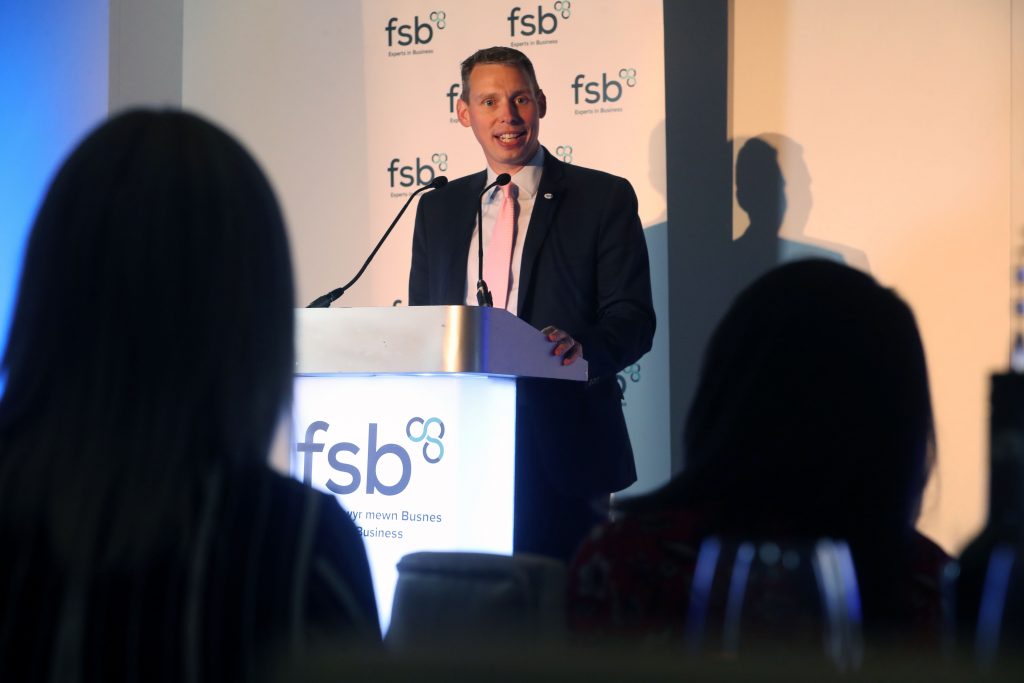 Devolution has only led to patchy progress in developing relationships with the Welsh business community and things need to start improving, argues Ben Cottam.

In 2021, the people of Wales will go to the polls to elect (what will then be called) the Welsh Parliament. The ‘people’ obviously includes a huge community of business owners and leaders who will have their own ideas and hopes about what that Parliament and the Government which comes from it, can achieve for the Welsh economy.

However, with the 20th anniversary of devolution having just passed us, now is as good a time as any to reflect on the relationship between the business community, the Welsh Parliament and the Welsh Government, and to how we might want to see this develop.

The little commentary there was last year within the business community on reflecting on 20 years of devolution, focussed heavily on various interpretations of the ‘devolution dividend’. However, this commentary was often tilted by perspectives on very particular issues or perhaps frustration with individual Welsh Government decisions (the decision not to proceed with the M4 Relief Road being one obvious example).

The inability of Wales to substantially lift GVA (Gross Value-Added) and some other levels of economic performance relative to other areas of the UK is a self-evident indicator of how far we have to travel to grow our economy.

However, to lay that failure entirely at the door of devolution per se ignores where the Welsh economy has come from and the levers available to the Welsh Government in all its various political guises over the past 20 years. GVA also ignores much more positive news such as the significant and very welcome improvement in employment statistics in Wales relative to the UK.

My purpose here however, is not to pick over past decision making but to point to the very real and immediate need for better and more effective engagement and understanding between the Welsh Government and business and, similarly, the Welsh Assembly and business.

I know from countless conversations with business that there is undoubtedly real confusion as to how the devolution settlement operates and the division of powers between Cardiff Bay and Westminster. This is simply representative of a wider lack of understanding across the population. In fact, this is also even represented by a lack of understanding by prominent London-based media outlets which many of us consume.

A really tangible example for smaller businesses is Business Rates. Wales operates one of four different systems of Business Rates across the UK and yet the UK media (and indeed political) narrative rarely acknowledges the divergence of these systems. The separate systems for skills and apprenticeships is another example of an area of devolved competence overlooked or misinterpreted by UK media.

More qualified people than I have much more to say about the strength (or otherwise) of the Welsh media and the lack of interest in Welsh politics from London-based media, but this issue is certainly a significant factor.

This all causes confusion for many within the business community and occasionally, a tendency to misattribute blame or praise to Westminster or Cardiff Bay respectively.

Politics doesn’t help however. In the recent general election, more than one political party could be accused of a wilful obfuscation of the differences between devolved and non-devolved decision- making with manifesto promises being made for Wales for which any UK Government would have no jurisdiction.

While politically opportunistic, this is not helpful and can do much to frustrate and damage business perspectives on decision making and ultimately, trust.

However, here in Wales, I’d assert that both the Welsh Government and the National Assembly for Wales have had at best, only made patchy progress over 20 years in developing relationships and a better degree of understanding with the business community.

It could be argued that this matches a disconnect between business and Westminster and our parliamentary representatives. However, one of the benefits of devolution was that it should bring decision making closer, and presumably allow for better-developed conversations on business and the economy.

We know that on the ground, many individual Assembly Members (and their UK Parliamentary counterparts) do make significant efforts to reach out to business owners on issues related to their businesses and local economies. The Assembly’s Cross-Party Group on Small and Medium Enterprises has been a valuable forum to engage on issues for smaller businesses and we are frequently sought out by Assembly Members or party groups to help inform debate.

However, as a very general point, debates within the legislature itself often default to tactical, rather than strategic conversations about the Welsh economy. It is also notable that very little legislation passed by the institution in its 20 years has been aimed at business or improving the business environment specifically.

Even unique legislation such as the Well-Being of Future Generations Act failed to include economic indicators which might help to task and guide economic development in Wales. A greater focus on the economy and engaging its actors could and should characterise the next stage of the devolution journey.

However, this is a two-way relationship. Businesses, both collectively and individually, need to be more effective at making themselves understood and inputting into policy-making and the legislative process by engaging with both the National Assembly and the Welsh Government.

There needs to be a stronger, more joined-up collective effort by business and trade bodies such as the FSB to provide business commentary as part of more active engagement from civil society. What seems clear to me is that we need to construct more relevant, effective and accessible mechanisms for allowing for that engagement.

I can’t think of many instances where the Assembly has deliberately sought to engage the community en masse to help business understand the role the institution plays in shaping the economic landscape of Wales. Current efforts to engage young people through the Youth Parliament show the opportunity gained when areas of society better understand and engage with our political institutions.

The opportunity is there. What is often ignored is that devolution has brought decision-making and debate much closer to individuals and communities, including businesses. The ability to contribute to informing debate is before us but businesses need to engage and decision makers need to grasp that opportunity as well. This is about improving decision-making.

Why does this matter to the FSB? As Wales’ largest and most influential business organisation, we very much recognise the benefit of being actively involved, not just influencing the Welsh Government’s policy making but also contributing to the scrutiny process within the Assembly and working with all parties to inform debate. We do this not just on behalf of all our members and the wider SME community but because we believe and hope that this contribution is valuable to that debate.

Arguably, it is not devolution which is at fault but our understanding, will and our ability to engender a new relationship which engages business with that process and the decision making which comes from it. That’s just one reason why FSB Wales has launched a campaign entitled ‘Our Business is Wales’.

In 2020, we will be engaging with smaller businesses across Wales to get their view on the economy and the opportunities and challenges they see. We’ll be asking them specifically what they want to see from the next Welsh Government and the next Welsh Parliament. We want to hear from businesses as to their ideas for, and answers to, some of the issues facing them and the wider economy, and to use this to promote a more effective and engaged dialogue for the future.

In its title, our campaign recognises an essential and symbiotic relationship – as a nation, Wales flourishes when our smaller business flourish and vice versa. It also recognises the responsibility we know so many smaller businesses feel in helping to develop and maintain healthy, wealthy communities.

We know too that in doing this, we need to develop new and inventive ways of making this engagement interesting and time-sensitive for those businesses. Effectively, we are seeking to ‘crowd-source’ a new economic agenda for the next Parliament.

For whatever the next step in the process of devolution, now is an opportunity to develop a conversation about the expectations of business of our next Parliament and the opportunities that community sees for the Welsh economy. To do that, in the run up to the 2021 election and in the parliamentary term beyond, we will need to see the economy higher on the agenda.

If we really can develop that relationship we can help engender better decision making to grow businesses and the Welsh economy. This is a priority for the FSB because, as the title suggests, Our Business is Wales.

You can find out more about FSB’s campaign at www.fsb.org.uk/wales