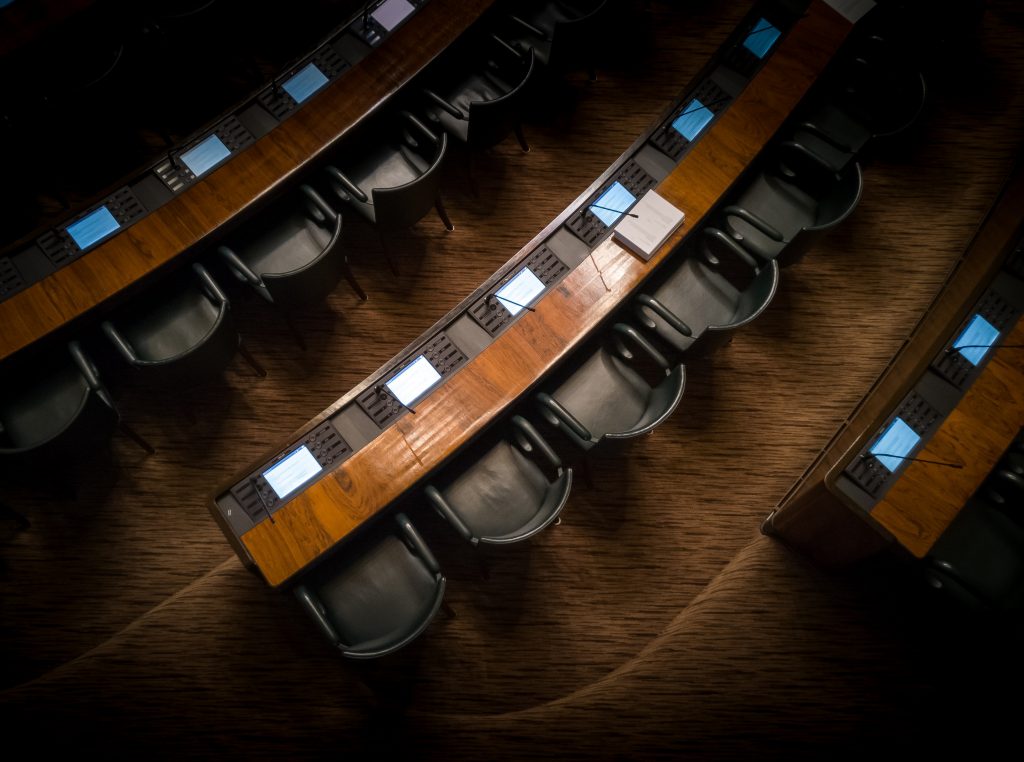 Here is the story of how I became a constitutional geek.

Last September, on day one of my new role managing the IWA’s policy work I was handed a neat bundle of projects. I immediately began gleefully tearing off the wrapping paper. One of them was research into ‘inter-parliamentary relations in the devolved UK’.

Mentally, I filed it under ‘interesting but esoteric’.

On paper, the research questions were about models and mechanisms, institutional culture, academic literature, and international comparisons: the nuts and bolts of the machine of governance.

What I’ve come to realise is that this research actually shines a light on something much more fundamental.

Spoiler alert: they did not.

Devolution is famously a process not an event, and it has been a process of evolution rather than design, with all the workarounds and vestigial organs that evolution tends to produce. Governance isn’t a ‘machine’, it’s an ecosystem and, like any complex ecosystem, its parts need to work together in harmony for it to be stable.

Our research shows that the existing arrangements for parliaments to work together are ad hoc and informal, and therefore inconsistent. There is some genuinely good practice, but this has been led by particular parliamentarians and officials with the motivation to drive it, rather than being something structural and routine – as we think the public would reasonably expect.

Most crucially of all, the mechanisms for parliament to scrutinise decision making at an intergovernmental level are similarly informal. So there are missing links in holding governments to account, one of the most crucial roles of any parliament. And particularly now, for obvious reasons when lives are at stake.

Why should a non-constitutional geek care about this? What’s it all got to do with the price of fish?

One of the major tasks for the UK post-Brexit is to negotiate common frameworks, and decide what the UK’s internal market will look like in future. This could include divergence on fisheries policy, potentially leading to cross border cod buying binges. Potentially.

Of course the common frameworks of the future UK ultimately affect every aspect of daily life in the nations of the UK. Not least the future of EU funding, which parts of Wales in particular have significantly relied on. Negotiations between governments on these frameworks, and the Shared Prosperity Fund should be brought into the white light of parliamentary scrutiny.

One think tank in Wales can’t design a whole new mechanism for inter-parliamentary working from scratch, but we can shine a light on the issue. Step one is for parliamentarians, governments, and wider society – all of us, in fact – to agree that this is a problem.

Step two is for parliaments to be willing to experiment, be dynamic, and non-partisan in trying new ways of working together.

Lessons in microphone discipline aside, any practical argument against online parliamentary sessions looks flimsier than ever.

When the coronavirus pandemic shut down all four UK parliaments, officials moved heaven and earth to restart democracy online. The Senedd was the first parliament to hold a web-based session, and Westminster is finally embracing electronic voting online too.

So many of us are now learning by doing, and we’ve quickly and clearly seen that scrutiny doesn’t only have to happen in a particular building. Lessons in microphone discipline aside, any practical argument against online parliamentary sessions looks flimsier than ever.

The pandemic has also tested the devolution settlement. Political tempers have been fraying over immediate life and death issues like access to PPE and testing. Thoughts are also rightly turning planning for what comes next, and how we will rebuild a hopefully better society.

So I was pleased to see that the Welsh Affairs Committee in the House of Commons has announced an inquiry, focusing on the impact of COVID-19 on the Welsh economy.

Announcing the inquiry, committee Chair Stephen Crabb MP said: ‘This is the most challenging period for Wales since the establishment of devolved government. There has never been a more important test for the UK-Wales relationship.’

On the same day, the Llywydd announced that the Senedd would be reconvening some of its committees, with the Economy, Infrastructure and Skills committee also planning to take evidence on the impact of COVID-19 on the economy.

At the IWA we believe that these two inquiries could and should be combined into a joint inquiry by the two committees.

Wales’ economy is distinct, we have more small businesses, and are particularly reliant on agriculture, tourism, and hospitality, all sectors which are likely to be particularly affected by coronavirus. We will need a tailored response to help us rebuild.

Any inquiry into the Welsh economy will inevitably touch on areas of both reserved and devolved responsibility. Political sensitivities can, understandably, mean committees in one legislature feel unable to make recommendations or honest criticisms of governments in another. They can fear being told they lack the legitimacy to do so, or being accused of playing the ‘blame game’.

A joint inquiry would neatly sidestep this.

Both committees should have the chance to review the written evidence, and they should hold joint sessions. Members should work towards consensus on practical and complementary recommendations for both the UK and Welsh governments, strengthened by the legitimacy and credibility of two legislatures and multiple political parties speaking with one voice. With six of the Welsh Affairs Committee’s eleven members being newly elected MPs, there is no reason for them to be bound by what has happened in the past.

Faced with possibly the biggest crisis of our lifetimes, in an era where trust in politicians is low, we think the public want to see politicians working together in the national interest. In our interest.

There is no off-the-shelf model for inter-parliamentary working in an asymmetric, non-federal union like the UK. When the stakes are this high, parliaments shouldn’t be afraid to just do it, and they should start finding ways to fix those missing links.

In a few short months, effective inter-parliamentary relations in the devolved UK has moved from esoteric to essential. We’re all constitutional geeks now.

Andy Regan is working within the Nesta Cymru (Wales) team as a mission manager for the 'A Sustainable Future' mission. He was previously Policy and External Affairs Manager at the Institute of Welsh Affairs.