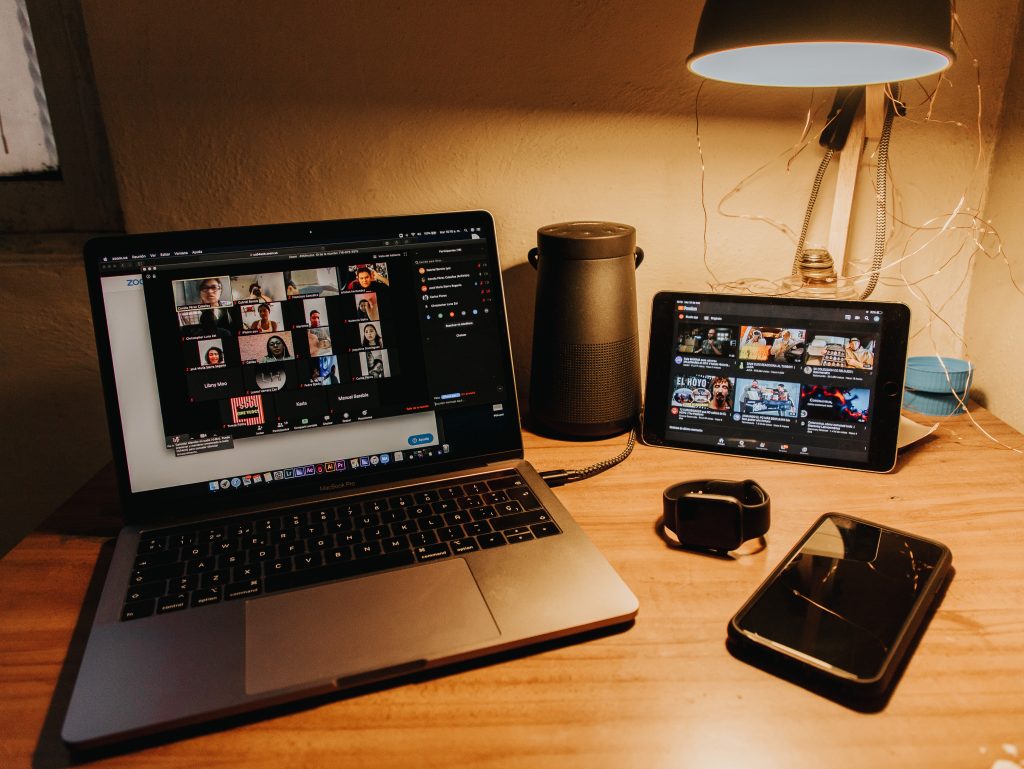 Harry Thompson welcomes changes enforced by the pandemic, and argues that there could be long-term benefits to a ‘virtual’ parliament for Wales

The Senedd is currently undertaking a period of intense change. Part of this was always expected – with the long overdue rebrand of the National Assembly for Wales to the more genuinely reflective Welsh Parliament / Senedd Cymru.

What was less expected was that the first sitting of the new Senedd would not be within the Senedd; instead the coronavirus pandemic would cause it to be held virtually, via the medium of Zoom.

The roll-out of the virtual Senedd has not been without its hiccups, most notably with some unplanned commentary by a Minister about a colleague. The Llywydd also admitted in a recent interview that a few barking dogs had attempted to make interventions – the dogs did not make an appearance in the official record of proceedings, although those disappointed will be reassured to know the record does contain suitable replacements throughout the years.

While the hiccups inevitably attract the headlines, there has been far more positive to the change than negative. As with video conferencing facilities in the NHS, technological advances in our political system is a topic that has often generated more words than actions. The relative smoothness of the transition bodes well for the future – there’s no reason some of these features couldn’t become permanent. So too with potential further advancements – although not a remit of the Senedd estate, the incorporation of more technology into our politics makes the case against voting in elections electronically ever harder to make. With postal voting, a virtual Senedd, and political parties electing their leaders over the internet, an institution struggling to break through to new audiences could do worse than attempt to make it more accessible for young people to vote.

While the hiccups inevitably attract the headlines, there has been far more positive to the change [to a virtual Senedd] than negative

Accessibility is at the heart of the potential advancements allowed by the virtual Senedd and all that comes with it. The virtual Senedd has made the concept of rigidly requiring MSs to be physically present for all business seem archaic and unnecessary.

There is an important point to this. Take the example of Gail Ross – who was first elected to the Scottish Parliament in only 2016. She announced in February that she wouldn’t stand for reelection due to wanting to spend more time with her family, watch her son grow up, and be more involved in local issues. In light of recent developments, she’s spoken to the BBC about reconsidering her decision if certain virtual elements are made permanent. Virtual working looks like it could have an immediate impact in bringing down barriers to women entering politics.

And there are significant barriers. Housework, childcare and mental load are still heavily distributed towards women in 21st century Wales, and life capacity is so often a consideration when looking at undertaking a new role or challenge – including standing for office. Chwarae Teg’s State of the Nation report shows that last year women aged 16-64 in Wales were nearly four times more likely be working part-time than men – with 41.4% of women in employment working part-time. To call standing for elected office a full-time job would be to underplay it – so making politics more flexible is key.

This goes beyond the Senedd, too. Although 47% of MSs are women, the State of the Nation report found that only 35% of Welsh MPs are, and only 28% of local councillors. Just 23% of council leaders in Wales are women. The Senedd taking a lead on virtual practices can normalise and clear a path for other institutions to do so, too. The Llywydd revealed recently that the parliaments of Australia, Canada, New Zealand, Ireland and Westminster had been in touch with the Assembly to ask for advice before holding their own virtual meetings. If Canberra can learn from the Senedd, then Conwy can too. Virtual working and the flexibility it brings could make local government a more attractive prospect for many.

Gail Ross’ statement underlines the absurdity of bringing technology into all aspects of our lives bar our political systems. If elected politicians want to resign because their role is preventing them from being involved in local issues, something isn’t working. Conducting more of the Senedd’s work online would free up members to spend more time in their communities and less in Cardiff Bay. Although the amount good politicians do for their communities is often understated, any moves to free up our elected representatives to do more in their communities can only be welcome. In an age of populism and perceptions of disconnected elites, there’s something to be said for politicians spending more time conversing with the people they represent and less time talking to each other in the tea room.

Harnessing technology to bring modernity to our politics has the potential to engage more young people with the devolved institutions by reaching them where they spend so much of their lives. It can also contribute towards a flexibility that better fits modern life and allows our political institutions to reflect modern life, too. Combine that with the potential to centre elected representatives more in their constituencies and regions than in the Senedd, and progress starts to build.

With the Committee on Senedd Electoral Reform currently undertaking an inquiry into electing a more diverse Senedd, it could do worse than looking at making the virtual Senedd a permanent fixture and examining where else technology can open up our politics. These changes won’t solve all our problems, but as St David said – do the little things.