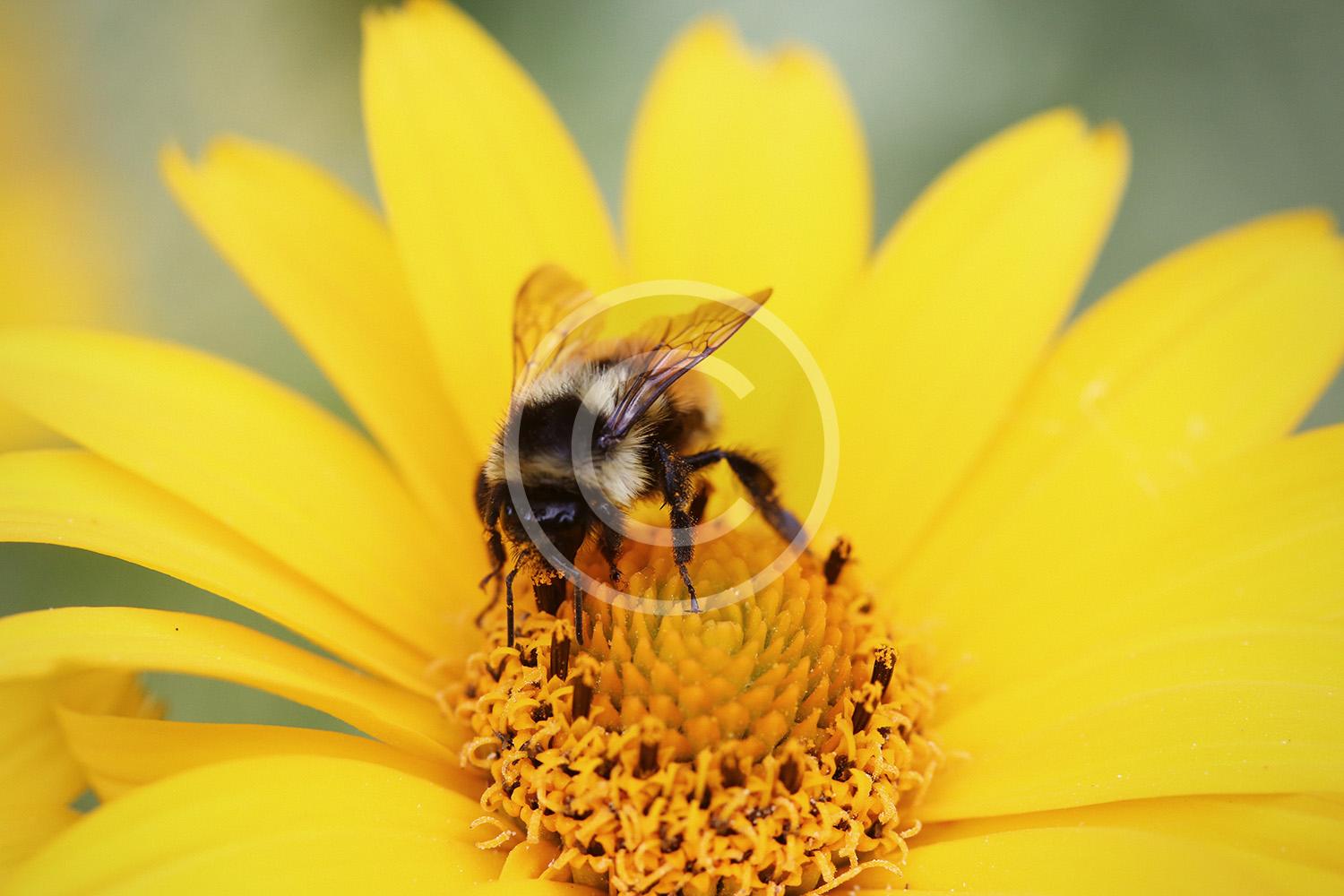 This election was supposed to be about the parties plans’ to tackle Britain’s monster deficit. Now all the talk is of a hung parliament. Speculation about the range of possible post-election political configurations is gripping Westminster. Yet no one seems to have noticed that a UK hung parliament could have profound implications for the way England is governed – and for the future of UK itself. More surprisingly still, should a likely constitutional crisis erupt over the future of England, the case for proportional representation could become irresistible. Indeed PR might be the best way of keeping the UK together.

Why so? The argument comes in two parts. First it assumes that in a hung parliament there are only really two shows in town: a Tory minority government, or some sort of Lib-Lab alliance. A Tory-Lib Dem pact would surely falter over the deal breaker of electoral reform, which the Lib Dems would have every right to demand. If David Cameron was to sign up to a referendum on voting reform, which the Tories fear would usher in a period of permanent centre-left government, it would split the Tory party more dramatically than the repeal of the Corn Laws did in the 1840s. Add to this their irreconcilable positions on Europe, plus real divisions over economic and banking reform and it is difficult to see how Clegg could ever get into bed with the Tories. He could offer to support them on a ‘confidence and supply’ basis, which would ensure they could pass an emergency budget, but after this the Tories would be on their own.

A Lib Lab alliance still remains a real possibility despite Clegg’s insistence that he would not prop up a Brown premiership should Labour come third in the popular vote. Clegg could still support Labour should they come second.  He’s also hinted that he might look on Labour more favourably should they dump Brown. And why couldn’t Labour support a Clegg government should the Lib Dems come second? The formation of a Lib-Lab alliance faces considerable challenges but the truth is that the Lib Dems and Labour have a lot more in common in terms of policies and values than do the Tories and Lib Dems.

And most importantly for the Lib Dems, it is clear that they stand a much better chance of getting Labour to back electoral reform than they do the Tories. Labour would have to overcome substantial internal divisions but they might be able to get behind a form of PR. If so surely Clegg would find it difficult to resist capitalising on such a historic opportunity for his party?

But what no one seems to have spotted – this is the second part of the argument – is that because of the polarizing territorial power bases of the main parties, crudely Tory England versus a Labour Celtic fringe, both a Tory minority government and a Lib-Lab alliance would open up an unpredictable and potentially destabilizing territorial dimension in British politics. The polls may be volatile, creating wide-spread uncertainty, but one thing they have consistently predicted, had anyone bothered to look, is that the Tories will win a majority of English seats. This means that a Tory minority government could be held to ransom by MPs from outside of England. More problematically, a Lib-Lab alliance would lack a majority in England meaning it would have to use its non-English MPs to govern England.

A Tory minority government won’t be a minority government in England. Most recent polls suggest that the Tories will get around 290 seats, almost all of which will be won in England. This would give them a working majority within England, but they would be 30-40 odd short of an overall UK majority (they will still be short even if you include the electoral pact they’ve signed with the Ulster Unionists and any hypothetical deals with the nationalist parties). This fact radically changes the dynamics of minority government politics. The Tories can expect to haggle with the other parties to get UK-wide policy through the Commons but what happens if the other parties use their non-English MPs to veto policy that only applies in England? Labour and the Lib Dems could use their non-English MPs to block Tory policies they oppose such as elected police commissioners or their proposals to allow parents to set up their own schools, even though they would only apply in England, where the Tories would control a majority of the seats.

The Tories would be up-in-arms and left as frustrated as Harold Wilson was during his 1964-66 government, which had a majority of just four seats, and which was endlessly sabotaged by the action of MPs from Ulster who ganged up with the Conservatives to stall his plans for steel nationalisation, even though the policy did not apply in Northern Ireland.

Cameron would demand that non-English MPs are barred from voting on English matters – but Labour and the Lib Dems, who oppose such a move, could block it. Throughout his leadership Cameron has stressed his commitment to preserving the Union but in such circumstances he will come under intense pressure from the so-called ‘sod the Scots’ brigade of the Tory party to face up to political and electoral realities and play the English card. In fact he’ll be fighting a war on two fronts because, in the absence of any Tory revival north of the border, Alex Salmond will be intent on fanning the flames of English nationalism by challenging his legitimacy to govern Scotland from Westminster every step of the way.

Even more controversially, on current reading of the polls, a Lib Lab alliance could muster together a working majority across the UK, but it would almost certainly lack one in England. A poll taken after the final TV debate gives the Tories 290 seats, with Labour and the Lib Dems on 243 and 90 seats respectively. This gives Labour plus the Liberals a UK majority of around 13 seats but leaves them approximately 20 short of a majority in England.

Since the Westminster government doubles up as a government for England, a Lib Lab alliance would consistently have to use its non-English MPs to help push through its programme for England. Scottish and Welsh MPs would be needed to drive forward significant aspects of health, education, crime and transport policy, and each time they did the Tories will declare a constitutional outrage. Under Labour, which had a strong majority across the UK, there were only two occasions when Scottish MPs were used to override the views of English MPs, over controversial measures to establish foundation hospitals and bring in university tuition fees. But imagine the situation if non-English MPs were filing through the division lobbies each week to determine the fate of English policy. Would English public opinion tolerate being so obviously disenfranchised?

Political imbalances between the make-up of UK governments and their representation across the nations have long been the source of tension in UK politics, especially in the post-war period, where they have grown sharply.  Wales and Scotland have regularly been ruled by Tory governments in Westminster which lacked clear mandates in those nations. It was precisely these situations which provoked calls for devolution in the first place. A hung parliament might unexpectedly see the English question, which has been conspicuously absent from the campaign, and which has been for so long the constitutional dog that didn’t bark, explode into public view.

None of the parties appear to have grasped the territorial implications of a hung parliament. But they are likely to seriously affect post-election negotiations. For instance what does the party with the ‘strongest mandate to govern’ mean when it comes to England? Could Clegg back a coalition which lacks a majority in England? Could Gordon Brown, who represents a Scottish seat, lead a Lib-Lab government which lacked a majority in England?

How should the parties respond? The Tories want to restrict the voting rights of non-English MPs on English matters. It sounds seductive but it is plagued with problems and everyone who’s looked at it since Gladstone during the Irish home rule debates has deemed it unworkable. Identifying purely English matters is difficult, and asking the Speaker to adjudicate would politicize his role.

Instead the answer to the problem is electoral reform. It is the first past the post system which exaggerates both national differences between the nations of the UK, and the territorial power bases of the parties. First-past-the-post distorts Labour’s strength in Scotland and Wales and inhibits Tory representation there, making possible the return of Conservative governments with no support outside England and Labour administrations that depend on Scottish and Welsh MPs to govern England.

PR would transform the party political make-up of the UK replacing ‘Tory England’ and the ‘Celtic Labour fringe’ with a much more fluid and balanced political configuration, reducing  the stark differences in representation of the parties within the home nations. It would ensure that the governing party, or governing parties, as is more likely under PR, controlled a majority of seats within England and the UK. PR would help hold the country together. It already holds the country together in Scotland by preventing the SNP from winning a majority of the seats at Holyrood on a minority of votes. It’s now needed to placate an English backlash against the Union growing. If there is to be a hung parliament, then debates about electoral reform will not only be relevant to party negotiations, they will be relevant to the survival of the UK too.

Guy Lodge is Associate Director with the IPPR and a Visiting Fellow in the Department of Politics and International Relations, Oxford University. This post originally appeared on the OpenDemocracy website www.opendemocracy.net

One thought on “Hung parliament will provoke English crisis”