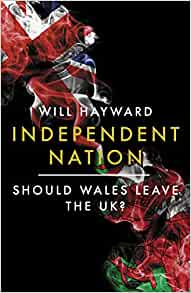 It was 35 years ago that Meic Stephens, prolific editor of collections of all things Welsh, published his magisterial book Linguistic Minorities in Western Europe. At 800 pages it was an encyclopaedic account of the cultural and political situations of more than 50 linguistic minorities in 16 States of Western Europe. Indeed, according to the definitions he deployed  he found that there were only two States that did not contain a linguistic minority or stateless nation  of one kind or another – Iceland and Portugal.

Inevitably, the book was very much a product of its time, and nowhere more so than the limitation of its range to considering states within Western Europe. In 1976, although the referendum confirming Britain’s membership of the then Common Market had occurred the previous year, few people could envisage the rapid advance European integration would make over the next 15 years. And, indeed, no-one at all could foresee the impact this would have on the countries of Eastern Europe, still frozen in the grip of the Soviet Union beyond the Iron Curtain.

What is remarkable about the Y Lolfa’s new Atlas of Stateless Nations in Europe – Minority peoples in search of recognition is its chronicling of the amazing progress made by small stateless nations in Eastern Europe following the collapse of the Berlin Wall in 1989. Looking back it is the speed at which all this occurred that is so astonishing.  Who would have imagined in 1989 that within 15 years the following 11 stateless nations would have gained their independence – Latvia, Lithuania, Slovakia, Slovenia, all now members of the European Union, together with  Belarussia, Ukrainia, Moldovia, Bosnia, Serbia, Croatia, and Montenegro?

Of course, within Western Europe there has been a lot of change in the same period, though of a less dramatic kind. They have been in two broad categories, the devolutionary and decentralist changes with Spain and the United Kingdom, and the slow internal break-up of Belgium into linguistically separate Flanders and Wallonia now approaching some kind of denouement.

Back in the 1970s I recall the late Phil Williams, in a review of Meic Stephens’ book, saying that its revelation of the extent of the aspirations of stateless nations across Europe, had finally cemented his conviction about the inevitability of Plaid Cymru’s cause. At one level this latest addition to the growing number of studies of European decentralist movements could be said to achieve the same effect.

However, a problem with publications of this kind is that they are invariably undertaken by protagonists of their cause. In the Introduction to his book Meic Stephens makes his standpoint clear: “I am a Welshman of socialist convictions who supports the national movement in my own country”. The author of the Atlas of Stateless Nations is Mikael Bodlore-Penlaez, a Breton nationalist who played a key role in establishing the Organisation for European Minorities in 1999.

The Atlas brings together a huge range of statistics and ‘facts’ about the 30 stateless nations  and many more linguistic minorities that populate Europe in a bewildering mosaic.  No doubt the large proportion of these are founded in some objective reality. However, it is in their selection where sometimes doubt arises. The discussion of places like Catalunya and the Basque Country seem to rest on reasonably safe foundations. However, the claims for places like Occitania, which covers the whole of southern France and borders into Italy and northern Spain, are fanciful:

“Occupying a central space in Latin Europe Occitania is a fully defined nation without official recognition, where a strong sense of southern identity persists despite the decline of the language.”

We are further told that the number of native speakers of Occitan is estimated as being between 500,000 and 7 million “taking into account the speakers knowing the language but not speaking it regularly”. What does that mean? It goes on to say that it is “encouraging” that 80,000 students are either learning or “starting to learn” the language. Again, what does that mean?

Nonetheless, the Atlas of Stateless Nations has the virtue of placing the complexities of European integration project sharply into relief.  In the last 20 years the history of the European Union has to a great extent been one of enlargement from without. In future, is the central argument of this Atlas, it is that  it is more likely to be about enlargement from within.

John Osmond is Director of the Institute of Welsh Affairs

3 thoughts on “European enlargement from within”