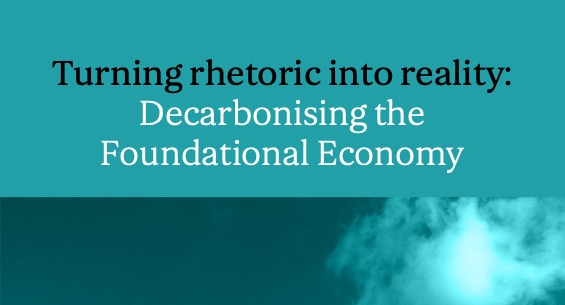 Supporters of the Silk Commission Report on devolving tax and borrowing powers to Wales will be delighted and more than a little relieved that the Coalition Government has finally got around to making its decision to push ahead with the report’s recommendations. Yesterday’s announcement may have come half a year late, but now Wales has got what it so passionately wanted, surely that’s the hard part over?

Not quite. In fact it’s fair to say that the tricky part is still to come. Now that the wheels are in motion to devolve borrowing rights, Stamp Duty Land Tax and Landfill tax to the Welsh Government, how can we be sure that these powers will be the key to a Welsh economic resurgence? Whilst the changes are being heralded as a means to found a new culture of accountability and fiscal responsibility in Cardiff, questions remain as to what the effect of the changes will be, both for business and personal finances.

Reporting on this topic has quite rightly focused heavily on what the new powers will mean for infrastructure development and the M4 relief road, which is so critical to the Welsh economy. Clearly, the ability to raise funds using the new borrowing powers will make a fundamental difference and should have a positive effect on private investment coming into the region. It also raises an obvious question. How does Wales, like any other Government, pay back what she borrows?

Transfer of borrowing powers would not have been feasible without a parallel transfer of income raising powers. The most complex aspect of this will be the proposed devolution of income tax. First Minister, Carwyn Jones, has long said that he would not support devolution of income tax without the Barnett Formula being reformed first. David Cameron, in direct opposition, has said that the Coalition Government has no current plans to revisit the Barnett Formula and does not believe that the two issues are ‘inextricably linked’.  Either way, the right to hold a referendum for the Welsh people to decide is ready to be triggered.

With any devolution of tax, the thing to remember is that there will be a consequential reduction in the block grant for Wales from HM Treasury. We don’t get to have our cake and eat it. The tricky thing with devolution of income tax is how to ensure that there is no loss in income as a result of the devolution. Those opposed to devolution of income tax foresee higher taxes being necessary to plug the hole and cross border issues arising from the divergence of the English and Welsh tax regimes. Not a good prospect for a shaky economy.

The transfer of Stamp Duty Land Tax and Landfill Tax is certain to be welcomed by the property and construction industry, but political and economic commentators on all sides seem to be suggesting that the receipts will concurrently be available to pay for more affordable housing, borrowing costs and more infrastructure development. That is a tall order. Stamp Duty receipts are commensurate to receipts for Wine Duties in Wales and together with Landfill Tax only accounted for £200 million in in 2012-13.  Compared to the £15.4 billion Welsh block grant this is a fairly modest amount and certainly not a bottomless pit. It must again be remembered that the block grant will be reduced to account for the loss of Stamp Duty and Landfill tax receipts by HM Treasury.

Tricky though it may be, the Silk reforms should still be seen in a positive light. They represent an unprecedented opportunity for Wales to find new and innovative ways to thrive. Good governance is dependent on fiscal autonomy and the changes will hopefully herald a new push towards efficiency, economic responsibility and value for money by the Welsh Government and National Assembly.  Once the excitement about yesterday’s announcement dies down though, it will be critical to look at these new tools with a cool, dispassionate head to ensure that they are implemented for the long term benefit of Wales and its people.

David Roberts is Head of the Commercial Property and Construction Division at Hugh James Solicitors.