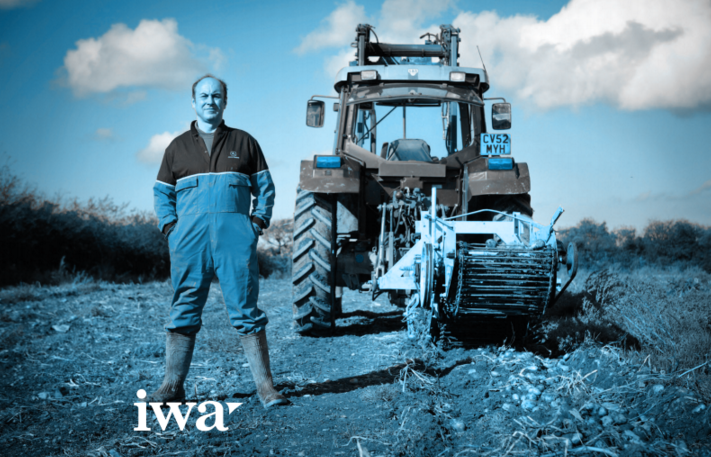 James Beard and Jessica McQuade set out how electric vehicles can help Wales become a cleaner, healthier nation and help protect our planet

Some people were surprised to see WWF at an event on electric vehicles (EVs) in Cardiff Bay last week. What has transport got to do with wildlife? The answer is actually pretty simple: climate change is the biggest future risk to wildlife around the world, and in Wales, transport is a major (and growing) contributor to climate change. In order to preserve vital, beautiful ecosystems such as polar ice caps and coral reefs, we need to clean up transport as fast as possible.

The Welsh Government is committed to the decarbonisation agenda, currently setting statutory carbon targets up to 2050 and developing its action plan. The Wellbeing of Future Generations Act, which is unique to Wales, requires public authorities to take an integrated approach to policy making to ensure the wellbeing of people in Wales now and for future generations, also taking into account the global impact.

Decarbonising our transport sector is not only vital for the health of our planet, but also the wellbeing of citizens. Several areas in Wales suffer from dangerous and illegal levels of air pollution caused largely by road transport, with the most vulnerable in our society – including children and the elderly – particularly at risk. 6% of all deaths in Wales are directly attributable to air pollution. Following a recent court ruling, the Welsh Government has to finalise a plan to deal with roadside air pollution by the end of July.

There are many ways to make travel cleaner – cutting carbon emissions and making our air safe and breathable. Moving to a nation where ‘active travel’ is the norm should be Wales’ main aim as it has multiple benefits that also contribute to a healthier population.

Moving to EVs is also a key part of the solution. Personal vehicle use is not currently declining and as the UK Committee on Climate Change (CCC) highlight, in Wales “there are significantly fewer short trips that are amenable to being switched to walking or cycling.”  If Wales does not support EVs the emissions from the transport sector will not decline at the scale required.

Wales faces challenges with higher emissions from industry than the rest of the UK, so we need to urgently identify areas where we can significantly reduce emissions in order to prevent the devastating impacts of climate change for future generations. The transition to EVs is one such area where we can definitely go faster.

There are also promising supply chain opportunities in EVs for the Welsh economy. EV manufacturing in the UK creates a new market for aluminium and steel from Welsh factories. Norwegian company Sapa recently invested £9.6m to reopen a mothballed facility in Bedwas, near Caerphilly, to make the bodywork for electric taxis. 130 jobs have returned to the area with the potential for hundreds of additional jobs in future. The greater the ambition on EVs, the stronger the domestic market, and the greater these opportunities will be.

The bad news though is that Wales is currently lagging behind with only 486 charge points. Only Northern Ireland has fewer, according to Zap Map. This shortage of charge points is one of the key things putting people off EVs right now. This is especially the case for mid-Wales – you currently have to plan your North-South and East-West journeys very carefully to avoid running out of juice.

Some key powers still reside in Westminster but there are several things we can do here in Wales to enable the EV transition. The recent Economic Action Plan committed to making all taxis and buses in Wales zero-carbon within 10 years. This is a great start, but, given the lower running costs of EVs (electricity is cheaper than oil), why not electrify the entire public sector fleet? This has the additional benefit of making people more familiar with EVs, and more likely to switch themselves.

Other key powers include:

The Scottish Government is introducing a special innovation fund, designed to find solutions to charging for people living in tenement blocks or high rises. Welsh Government needs to find a similar way to ensure people who live in terraces and flats are also incentivised to switch to EVs. It also makes sense to install charge points at modal interchanges (e.g. train stations, park and rides) to connect with public transport.

The Scottish Government has committed to end petrol and diesel vehicle sales in 2032 – eight years ahead of the Westminster Government. Given Wales has similar powers to Scotland in this area, we too should be stepping up to show leadership. The mood at the recent event, organised by Cynnal Cymru, was supportive of a similarly ambitious can-do attitude with a credible programme. Striving for an ambitious target and just missing it is far more laudable than setting no target and making no progress. The Wellbeing of Future Generations Act requires integrated and transformational programmes from Welsh Government. EVs should be a properly funded cross-government priority, especially as we are lagging behind the rest of UK on this agenda.

It is also crucial to push UK ministers to scale up their ambition on EVs, urging them on to make the transition as fast as possible and put key policies in place to support it. WWF-UK is calling for a UK-wide end to petrol and diesel vehicle sales by 2030 rather than 2040. Welsh Government can join the Scottish Government to show leadership on EVs and up the ante on Ministers in Westminster to raise their game. WWF-UK will shortly publish new research on the impacts of ending petrol and diesel vehicle sales in 2030 for the economy, the environment and the energy system.

Conclusion: Time to gear up

WWF Cymru calls on Welsh Government to commit to cleaning up our transport system and accelerating the transition to EVs. Key priorities include:

By exercising their existing powers and working with Scotland to push for greater action in Westminster, the Welsh Government could rapidly go from laggard to leader in the EV transition.

Meanwhile, why not charge up your electric car knowledge? Read our article about why electric vehicles (EVs) are better for the environment, how they work, and how more of them on the road might affect you.

2 thoughts on “Gearing up for the future”