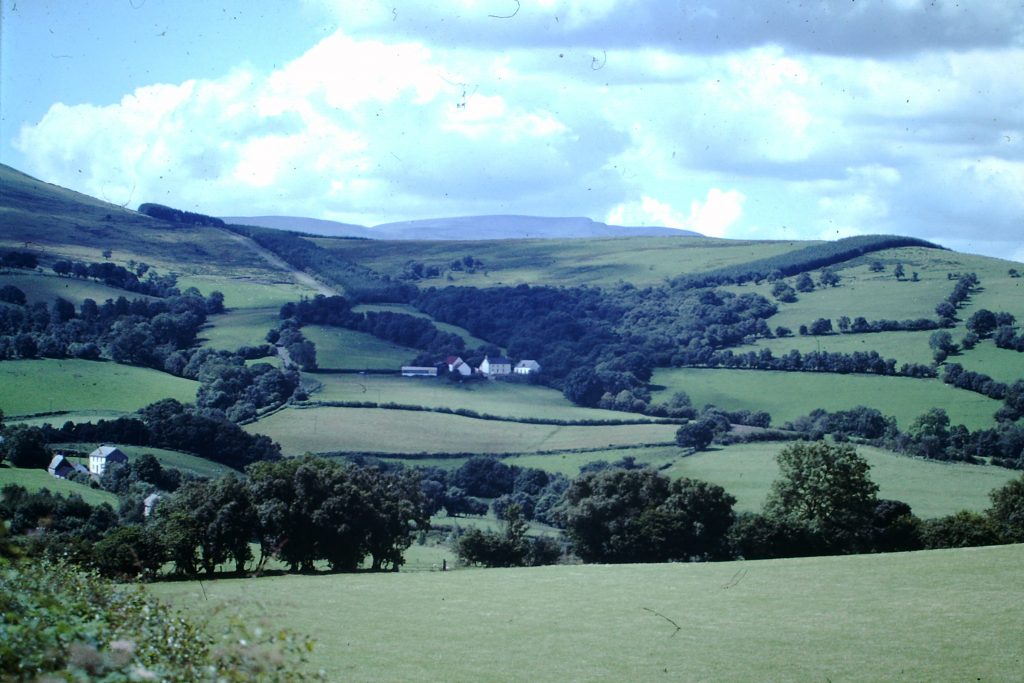 In the third of his short series, Richard Edwards explores how woodlands in Wales remain an integral part of our landscape and ecology

Agro-forestry offers us much: the opportunity to combine the production of food and energy into one dynamic, diverse landscape should not be ignored.

The creation of efficient localised food chains, localised energy generation and distribution via micro-grids along with opportunities to develop sustainable micro-economies and micro-enterprises will all contribute towards the urgent effort to reduce our collective carbon-footprint and enable us to interpret the Well-being of Future Generations Act with clarity.

These benefits come with one caveat: before we begin to plant up the fields of Wales with energy and food crops, we must ensure that the existing on-farm wooded resource, our hedges and woodlands, are given priority. When progressive agro-forestry systems are coupled to beneficial hedgerow and woodland management prescriptions, I would argue that the benefits to ecology and society cannot be matched: the harmonic integration of the ancient and modern landscape becomes the norm. In his book Woodlands, the late Professor Oliver Rackham points out that “hedges in Britain go back beyond the beginning of records, with archaeological evidence from the Iron Age and beyond”. Our museum curators generate extreme levels of excitement when a metal detectorist turns up a Roman hoard in the flatlands of Suffolk, yet many fail to recognise the historical importance of our hedgerows.

According to the late Dr Max Hooper, you can determine the age of a hedge in years by counting the number of woody plants in a 30 metre section of most hedges. Each species counted is equal to 110 years. Many of the hedges where I live (Llandeilo) are more than 500 years old and sustain the plant indicators that prove ancient status. Dr Hooper’s theory has been updated to include other methods of dating hedgerows which can be found in the Hedgerow Survey Handbook.

There are about 70,000 kilometres of hedgerow in Wales. Within the Welsh landscape our hedgerows appear to be under-valued to the point where farmers flail them annually to mimic the suburban gardens of Surrey.

According to Bob Parry, a former Farmers’ Union of Wales president “it’s like people in private homes looking after their gardens. Farmers think a lot of the appearance of their farms. We tend to cut our hedges quite low because they look neater.” One can fully understand the need to maintain highway safety by ensuring that roadside hedge-growth is cut back to provide clear driving vision, but one must question why farmers also trim the hedges that nobody can see from the road?

In trials undertaken by Agricology, researchers were able to determine that a hedgerow, depending on species, hedge condition and age, could yield between 40 to 120 kg of biomass per metre. If we were to manage hedgerows in Wales as coppice-with-standards then within five to ten years that resource could contain (at a 50 kg per metre average) 50 tonne of biomass in every one of the 70,000 km of hedgerow in Wales.

Readers with an interest in extrapolating data in order to produce policies, particularly associated with renewable energy, may be interested in this:

Manage that entire resource over a 10 year cutting cycle and the hedgerows in Wales would not only be returned to their former biodiverse glory, but they could be providing farmers, rural communities and business with 5.3 Gigawatts of energy, from a resource that is not only being managed along the true lines of sustainability (cut the tree down and it grows again without intervention) but would massively increase the ability of those hedges to sequester carbon dioxide.

The impacts of coppice management on carbon storage along with the potential to offset fossil fuel use using a carbon budget analysis has been described by Mary Crossland in the carbon sequestration potential of hedges managed for woodfuel. The report also describes the effects from carbon cycling processes unique to hedgerows. “Medieval Wales probably had more woodland than England, and a rather lower survival rate. A very large tract survived in the South Wales coalfield, used as fuel for ironworks, and later probably produced pit-props and mining timber for the coal mines. Most of it disappeared, mysteriously, in the late nineteenth and early twenty centuries.” History of the Countryside, Prof Oliver Rackham

It is important to distinguish between the true definition of woodland and that used by various charities, government ministers, trade associations and lobby groups. Woodland/ woods are land on which trees have arisen naturally. They are managed by the art of woodsmanship to yield successive crops of produce in perpetual succession. When cut down the trees replace themselves by natural regrowth.

The conifer stands that occur throughout Wales, and the endless rows of plastic tubes planted on fields are plantations – they have not arisen naturally: this is plantation farming and forestry. In terms of ecology and natural history our woodlands are special places. Plantations of conifer and/ or broadleaved species will never obtain the ecological importance of our ancient woodlands.

According to the National Forest Inventory map of 2006, there are 116,000 hectares of broadleaved woodland in Wales. Forest Research suggests that about 89,000 hectares of that resource is located on farms.

Over the past 30 to 40 years, Coed Cymru has done much to encourage farmers to utilise their woodlands for products and energy. Funded through National Resources Wales (NRW), local authorities, national parks and the Welsh Government, Coed Cymru has encouraged farmers and managers to adopt a system of woodland management known as continuous cover, which encourages the removal of low-value trees in favour of others that can produce good seed crops (to facilitate natural regeneration) and high value timber over long cutting cycles (> 50 years).

The long-term ecological implications of continuous cover management (a system that has no tradition in the UK) have still to be recorded but, given the volume of biomass that could be harvested from both on-farm hedgerows and agro-forestry systems, there is a pressure only to ensure that our native broadleaved woodlands remain an integral part of our landscape and ecology. A management system that encourages farmers to grow high-value timber is a noble gain and a fine legacy for David Jenkins’ work with Coed Cymru.