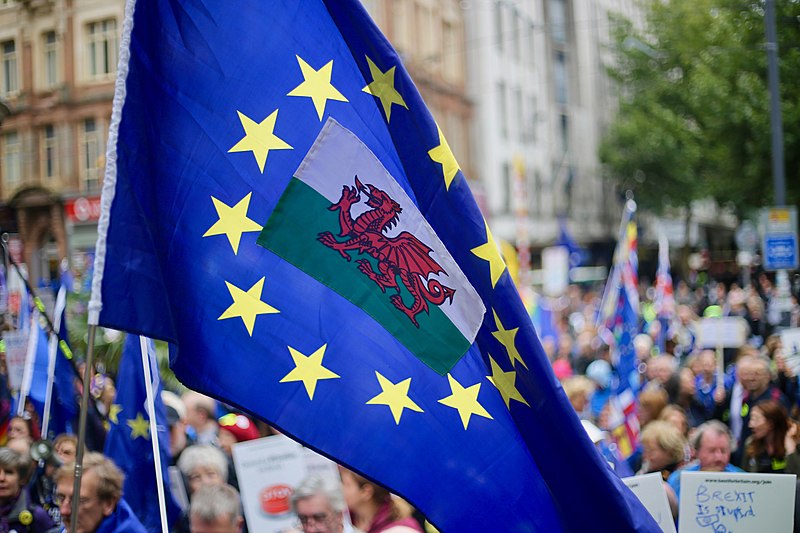 Jamie Insole reflects on the referendum campaign in working class areas in Wales, and considers what could be done differently

Responding to what must strike many as Theresa May’s success in securing a time-limited mandate to renegotiate the impossible, on Wednesday January 30th, Labour and Plaid Cymru AM’s backed a Senedd Motion outlining a series of alternative proposals. Stopping short of immediately calling for a second referendum, the first Minister reiterated his position that if negotiations “finally run into the sand, we have said that decision has to go back to the people”.

Putting aside the objective legislative barriers, anybody with an interest in winning a second plebiscite would be well advised to consider the official Remain campaign’s catastrophic failure to engage with the motive factors underlying the Welsh working-class leave vote in 2016.

It then becomes clear how a majority could be successfully sought in 2019.

Whether in Ely, Gurnos or Bon-y-Maen, my point of departure is that the leave vote was driven either by immediate domestic economic grievances or their indirect proxies. In referencing both the work of Roger Scully and conversations I have had with community activists, one concludes that low pay, welfare reform and local stagnation all combined to generate a particular lived experience.

Many Remain activists have described to me how they were dissuaded from canvassing working class areas during the 2016 referendum. I have heard accounts of teams being directed to Radyr or Mumbles at the expense of Ely or Bon-y-Maen. Subsequent conversations with activists in Swansea, Merthyr and Cardiff suggest a belief on the part of those directing the campaign that people in working class communities simply would not vote – with one group being told that “Town Hill isn’t worth the effort”. Of interest, whilst academic interest has tended to focus around the factors motivating voters, to the best of my knowledge, no work has occurred around the experiences of those who canvassed the 2016 referendum.

Nor is it enough to pin this on some nebulous notion of ‘austerity’ – rather one must appreciate the process whereby the Welsh Government is compelled to invest limited resources into ever more strategic projects whilst Local Authorities are forced to slash non-statutory spending. The effect is to generate a hostile environment in which the advantages of government and a wider Welsh Civil Society seem ever more remote. As I have suggested in previous articles, this can only serve to incubate a crisis of consent.

Perhaps it is then unsurprising that one finds anxieties surrounding immigration located in the vernacular of scarcity; “there is not enough to go around already”. Similarly, one gets the impression that pointing to the fruits of EU structural investment only exacerbated a sense of alienation. For example, take the instance when a canvassing team actually made it to Aberavon. Imagine knocking a door and trying to explain to a low paid warehouse worker how the EU funded research and development hub will bring prosperity to the district. Neither the mother nor her family will ever visit or work in this august structure. Rather, she is legitimately concerned by the shabby state of the local shopping center and her inability to make ends meet.

In plotting a course towards achieving a Welsh Remain majority, a number of things become clear. Firstly, those most committed to voting remain are unlikely to be dissuaded by a progressive economic programme. Secondly, it is only by persuading a significant portion of soft-leavers that any ground can be won. Consequently, and when imagined through the lens of an effective ground campaign, the question that Remain would need to answer is; “If our EU membership makes us so rich – why am I so bloody poor?”

So let’s start with what doesn’t work. People who are either experiencing poverty or know somebody who is will not be motivated by threats of being ‘worse off’. In the same fashion, they are unlikely to give a hoot about Erasmus or a big infrastructure project. Worst of all, they will not take kindly to being told that they were ‘duped’. To be ‘duped’ is to be a ‘dupe’. Already, they look at their lives and conclude that politicians provide no answers – just look at the polling!

All of this causes me to question the fitness of arguments advanced by ‘Peoples Vote’ (or vanilla remain). Can Alun Sugar, Tony Blair or Anna Soubry really do anything other than advance the above?

Rather, winning in Wales will require a very different approach. An insurgent and distinctive campaign which makes a clear and uncompromising case for redistribution. A campaign which, as a part of a wider UK message, identifies the unequal domestic benefits of our EU membership and promises struggling Welsh communities their fair share. A campaign which, in being delivered by activists from within the neighbourhood, undertakes to bring working class people back into the process of power. Most of all, a campaign which argues that our EU membership establishes conditions of stability in which the UK can be transformed into an engine for redistribution; real material benefit, tangible local investment, immediate improvements and a programme of hope.

I have no doubt that such an approach would ruffle the feathers of some of Vanilla Remain’s more salubrious partisans. Good. In a tightly contested media environment, we should relish the opportunity to make an energetic case for economic justice and human flourishing. At the same time, there will be those who suggest that Remain prioritise a message of reform. This is all very well, but who really believes that a mother in Glyncoch frets over the pernicious role played by the Growth & Stability pact in further crystallising transnational inequalities?

Remain must engage with the objections of those whose consent it seeks to secure – not the questions that is poses to itself. After all, it was arguably the attempt of the governing party to resolve disagreements in its own ranks that plunged us into this mess.

Finally, who could and should lead such an unquiet and impolite campaign? Writing in my capacity as a Welsh Labour Grassroots activist, I would suggest that there is but one effective Pan-UK vehicle through which this can be delivered and there is also a manifesto which already contains many of the concrete proposals to which I allude. Added to that, a whole cadre of radical insiders/outsiders waiting to turn their shoulder to the exciting task of transforming a nation ravaged by hysteresis and historic neglect.

Looking more widely, I know many excellent Plaid Cymru activists who could find some common cause. The important thing is that those who argue a radical solution possess the credibility to do so on a Welsh working class estate.

Either way, in resolving the democratic contradiction with which it is confronted, Remain must concern itself with the issue of consent. The truth is that given the opportunity of trading like Norway or benefitting from the conditions and opportunities enjoyed by Norwegians, many in the Valleys would opt for the latter. This means that there is a price to pay and those who benefit most must contribute the greatest portion.

Now that’s what I call socialism in the twenty-first century!