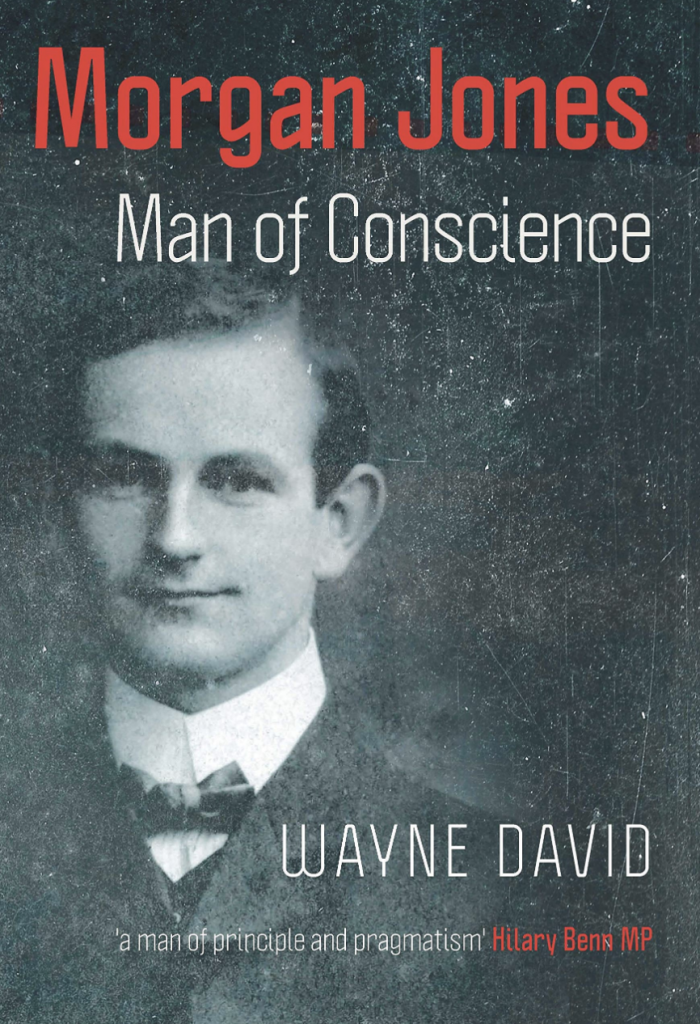 I am perhaps as guilty as anyone in my generation for believing the fake news that the history of transformative modern politics began in 1945. With text books and teaching often conveniently beginning at that date, mirroring the end of the Victorian/Edwardian era in around 1914, the thirty years in between appears a vicious and turbulent interlude. We know that period for war, for revolution, for a General Strike, for economic collapse, for ideological ferocity, for conflict. We can also all too often see it as an era of Big Men shaped or steeped in violence and attrition such as Churchill, Lloyd George, Woodrow Wilson, Lenin, Stalin, Hitler, Mussolini. (The description Great Men is obviously inappropriate).

With so much history and politics crammed into those decades being international or internecine, domestic politics and social change is often overlooked. The prism for British politics is based on such Big Men – a deliberate gender specific description – accompanied by big themes and often by big betrayals. Nobody seems to know Neville Chamberlain, for example, for anything other than his foreign policy. And few people recall Ramsay MacDonald for anything other than splitting the Labour Party in the same way Lloyd George had split the Liberals a decade or so earlier. Yet as ever there were far more numerous and sometimes far more political actors also on the stage over that rough quarter of a century, and Lloyd George wasn’t the only one from Wales.

It is a credit to Wayne David that he has chosen to bring Morgan Jones, his predecessor as Member of Parliament for Caerphilly, out of the twilight and into the stage lights. In a slim but studied volume, he takes an almost obscure Labour politician from the interwar period and lets his story and his integrity shine. Wayne almost appears as a narrator as the tale of Morgan Jones unfolds, so richly sourced is the subject matter, and so liberally sprinkled with images that enrich the text rather than just filling up space. Clearly, he fell on this study as a labour of love, having originally only planning to deliver a speech on his subject in 2014 to coincide with the centenary of the beginning of the Great War. During that conflict, Morgan Jones was a conscientious objector, and afterwards he made obscure political pub quiz history when he became the first of them to be elected to Parliament.

The account given of Morgan Jones’ high profile experience as a conscientious objector – one of the most prominent in the UK and arguably the most high profile in Wales – is one of the most informing sections of the book. It covers not just his court appearances and generally robust defences, but his incarceration and the clear nervous breakdown that arose from being kept in virtually near solitary confinement. It also sets out in intellectual detail why he moved from being an absolutist conscientious objector (rejecting the war effort entirely), to the more pragmatic alternativist stance, where he was prepared to undertake non-combatant work. This placed him at odds with others organising the movement across the UK, as it did when he refused to back No Conscription Fellowship when it supported the Bolshevik Russian Revolution. The price for his pacifist beliefs took more than his health. It challenged his position as a local councillor in Gelligaer near Caerphilly, but also resulted in the loss of his job as a school teacher and led to a period of working underground for the first time in his life. Personally, I am not normally drawn to the pacifist cause, but it is impossible not to agree with Wayne David’s succinct assessment of the impact of his abstentionism on the person in question:

“Morgan Jones had made a principled stand against the war and against conscription. His opposition had been widely condemned, not least in his own community, and as the war dragged on, and the casualty list grew longer, so the hostility to Jones became more intense. It is perhaps difficult for us today to imagine the enormous strain taking such a stance must have placed on Jones and his family. Opposing the First World War needed huge courage and commitment. Morgan Jones had both.”

Difficult as empathising may be, the author certainly gives it his best shot and takes the reader on the same emotional and intellectual journey. But Wayne David then goes on to deliver even more time and focus to the political career. This began properly when he won the Caerphilly by-election in 1921, a contest which took just eight days, but saw him overcome both a robust but limited Communist challenge as an imprisoned man, and a Liberal candidate with strong Conservative backing.

Arriving in Westminster relatively shortly before the formation of the first Labour government in January 1924, Morgan Jones’ energy, youth and experience made him a natural for the role of deputy in what then passed for the Education Department. He repeated the role when a second Labour government was formed in 1929. On both occasions there is little to say about his period in office, and much more to say about his role in developing Labour thinking on educational policy over a broader swathe. As Wayne David makes clear, in essence his predecessor was one of the first people to suggest an ideological and practical route to what we would today recognise as a comprehensive education system. Much of this thinking was done in the period after 1931, when Morgan Jones led on education matters for the then rump Labour Party after its disastrous General Election performance. Indeed, during that powerless decade he was arguably one of the most prominent Labour MPs, and definitely the leading light in 1930s Welsh Labour MPs.

This Welsh element of his identity was important to Morgan Jones. In 1923 he became the original secretary of the first official grouping of Welsh Labour MPs. The following year he argued, from within government, for the devolution of education policy to a Welsh National Council for Education. He was a proud member of the Court of the University of Wales, a fluent Welsh speaker and a regular Eisteddfodwr. But he also made another significant, yet forgotten, bid for a distinctive Welsh politics when in 1938 he led a delegation to make the unsuccessful case to then Prime Minister Neville Chamberlain that a new post of Secretary of State for Wales be created.

The closing chapters of the book also give light to his internationalist credentials, especially vividly in connection with his role as part of a Royal Commission into the state of the British West Indies in 1938. This was the work that preoccupied him at the time of his early death in April 1939, aged just 53 after his third heart attack. One can only speculate, as the author does, on what he might have achieved had he survived to see the Labour Government in 1945. Clearly. he would have been a potential candidate for Education Secretary,  Colonial Secretary or possibly even Foreign Secretary; or might, because of his high regard in the Commons for his chairmanship of the precursor to the Public Accounts Committee, have emerged as a candidate for speaker. We will never know.

What we do know from this slim but enthralling volume is that Morgan Jones had a diverse and significant role in political life.  It is the first proper biography of Morgan Jones, and in writing it Wayne David has done more than just resurrect an almost forgotten Welsh politician and present him with affection and stature. He has also perhaps helped make the case for more short biographies of significant politicians who might not have the impact and notoriety of the Big Men like Lloyd George, Nye Bevan or Michael Foot. This biography of Morgan Jones, like D Ben Rees’ account of Jim Griffiths, the first Secretary of State for Wales, shows how the less notorious figures of early modern Welsh politics could and should be celebrated and reflected upon. I hope to read more such volumes in the future.

Morgan Jones: Man of Conscience by Wayne David MP is published by Welsh Academic Press with a foreword by Hilary Benn MP.

Daran Hill is the Managing Director and Principal Consultant at Positif