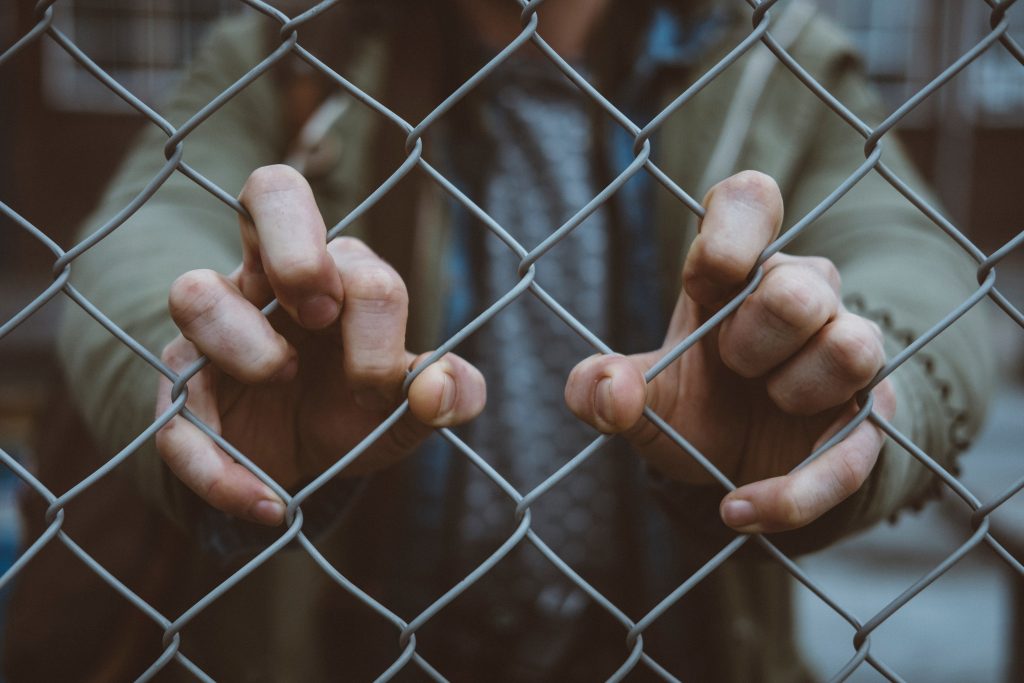 It is a fact that poverty plants the seeds of crime – that society’s most vulnerable are the first compelled to criminality as a means of survival.

Swansea, like many areas of Wales, is a site of economic deprivation, and statistics paint only the bones of the story.

Just across the waters of Swansea Bay stand the steelworks of Port Talbot, symbol of an industry so much in crisis that in 2017 workers took a cut to their pensions in order to keep it open.

Such economic fragility breeds countless other problems. Figures published last August revealed that Swansea had the highest rate in Wales for deaths related to drug misuse between 2016 and 2018 – the second highest area rate across Wales and England (Public Health Wales, 2019). The city also represents the area in Wales with the highest rate of homeless deaths (Office of National Statistics, 2019).

A man recently approached me in Swansea’s Castle Square, the heart of the city centre, and asked if I could lend him a cigarette.

Mid-twenties, no belongings – he was on his way to Swansea Prison to turn himself in for a pre-arranged sentence of one month. This would be his last cigarette before he became a prisoner.

He’d never dabbled in drugs, but a few months ago his brother died unexpectedly. They’d been extremely close – he crossed his fingers, showing them desperately entwined – and his mental state took a nosedive. He quickly developed a heroin addiction, but his attempt to numb the grief soon landed him in trouble with the police.

A group of his friends passed by. They greeted each other with the touches of physical affection that men allow between themselves: slaps on the back, a firm grip on the shoulder. They hadn’t realised that he was turning himself in.

He shook his head. Once they passed on, he confided that he wouldn’t run away even if he could. Prison would give him a chance to get clean, be employed in work he enjoyed – he knew someone inside who might be able to get him a job in the prison’s gym. These were things he couldn’t achieve on the outside.

I rolled him a cigarette, and we parted ways.

A few days later, on the 16 March, The Howard League – a penal reform charity – published statistics which revealed that Swansea Prison is the single most overcrowded prison in Wales and England. Equipped to hold no more than 250 prisoners, it currently houses 436.

Accusations of neglect, overcrowding, and complacency have steadily built a damning case against the institution over the past decade.

Back in the November of 2017, Alun Davies of the Welsh mental health charity Hafal – who closely works with members of the prison and criminal justice systems – spoke to BBC Wales’ Newyddion 9 of the ‘pressure cooker’ conditions facing inmates.

Swansea Prison is the single most overcrowded prison in Wales and England. Equipped to hold no more than 250 prisoners, it currently houses 436.

‘The stories I hear from different sources who have been in [Swansea] prison is that very often on the weekend prisoners are locked up from Friday afternoon to Monday morning through lack of staff.’

In the August of 2017, the watchdog HM Inspectorate of Prisons (HMIP) carried out an unannounced inspection of Swansea prison. Published in the January of 2018, details of the resulting report have been slow to be acknowledged in the Welsh public sphere.

Its findings are shocking. In the space of six years (2011–17), eight Swansea Prison inmates took their own lives – all within the first week of their arrival. In the six months prior to the investigation there were 134 reported instances of self-harm amongst prisoners.

It was also found that violence between inmates had risen since the previous inspection in 2014, and that the city centre location of the prison itself presented a higher risk of contraband – in particular, drugs – being thrown over walls to inmates.

The report noted that 17% of inmates had become addicted to drugs after the start of their sentences in the prison, and the provision of clean bedding and clothing was described as ‘unacceptably poor’. The report added that the prison had a ‘complacent and inexcusable’ attitude towards the safety of the most vulnerable prisoners in its care.

The report further detailed how ‘prisoners usually had to eat their meals next to their toilets, which did not always have seats or lids’, due to overcrowding and a shortage of staff.

‘Between our last inspection in 2014 and when we went back in the middle of last year there have been four further self-inflicted deaths – all in similar circumstances, all in the early days of the individual’s imprisonment at Swansea jail,’ Mr Clarke said.

‘Quite simply, not enough has been done to understand the sort of problems they may have been facing and to prevent them inflicting harm and death upon themselves.’

He added that, of 63 recommendations made to the prison following the 2014 inspection, only eight had been put into action.

In the January of 2018, just ten days after the publication of the report, another inmate committed suicide. As with the other deaths, Robert Lee Evans died mere days into his sentence. He was found dead in his cell on 14 January (BBC News, 2018).

Despite these frequent instances of dysfunction, conditions at the prison do not appear to have made any long-term improvements. On 10 March 2020, a Swansea Coroner’s Court inquest into the 2016 suicide of inmate Dean Gary George, 40, revealed shocking levels of neglect within the prison (Wales Online, 2020).

George was found dead in his cell just two days into his sentence. The inquest revealed that the prison’s resident mental health nurse, though aware of George’s issues with drug addiction, did not attempt to access his previous medical notes, which included details of previous suicide attempts, psychiatric care, and issues with anxiety.

During the inquest, clinical reviewer Michael Pulford – of the Prisons and Probation Ombudsman – gave evidence that Swansea Prison, like other Welsh prisons, adopted a ‘cold turkey’ method of dealing with inmates battling drug addiction. A government-mandated protocol, he said prisons were only able to offer the likes of George ‘symptomatic relief’ as opposed to drug substitution – a method more likely to leave inmates suffering the ‘risk factor’ of debilitating withdrawal symptoms.

Another witness, Sophie Lozano of the prison’s ‘safer custody’ team, stated that there were ‘absolutely staff shortages’ at the time of George’s suicide.

The inquest concluded on 17 March with a damning assessment of Swansea Prison’s handling of George’s case. It was concluded that George was subject to ‘inadequate risk assessment’, and that the Prison’s system of opiate withdrawal management ‘was not equitable to what Dean would have access to in the community’. Additionally, the inquest noted that the ACCT (Assessment, Care in Custody and Teamwork) staff assigned to his case were ‘inadequate, with some officers being untrained’.

Indeed, within the ACCT system, a vulnerable inmate should receive assessment within the first 24-hours of being placed on the programme. George received no assessment in this time period. Furthermore, several members of prison staff were reported to have had ‘no concerns’ regarding George’s state of mind, and had not been made aware of his previous suicide attempts.

Troublingly, the coroner stated his intention to contact the Governor of Swansea Prison in order to express his concern regarding its CCTV system – acknowledged by the inquest as ‘not being fit for purpose’. He pointed out that several prison officers’ testimonies regarding the two hours previous to George’s suicide were not corroborated by CCTV recordings or cell bell records.

George’s parents, Gary and Lynette, released a statement at the inquest’s conclusion: ‘After four years of waiting for this inquest, we now feel that justice has been done for Dean. The jury have confirmed what we knew all along, that Dean was failed when he needed help. We hope that other families don’t have to go through what we have.’

In their coverage of the inquest, Wales Online published a family photograph of George. It shows a contented scene: George perched on an armchair in a lounge, fussing a dog. The scene is eerily familiar, tender: floral curtains, discarded newspapers, a t-shirt thrown over the back of a chair.

Looking at the photograph, I found myself wondering how the young man I met in Castle Square would manage the level of adaptation required to survive in such a dehumanising environment. More than this, I wondered at the moral health of a society which could lead a man in the first quarter of his life to cheerfully walk himself into prison, with such detachment in the face of brutal captivity that it reached, almost, a state of grace: acquiescent smile, cigarette in hand.

In the UK and Ireland, Samaritans can be contacted on 116 123 or email [email protected].

Polly Manning is a young writer based in Swansea, with a particular interest in the experiences of young people in post-industrial south Wales. She is currently working on her first feature-length screenplay, and a short film. For enquiries, please contact [email protected] or find her on Twitter (@pollymanning_98).