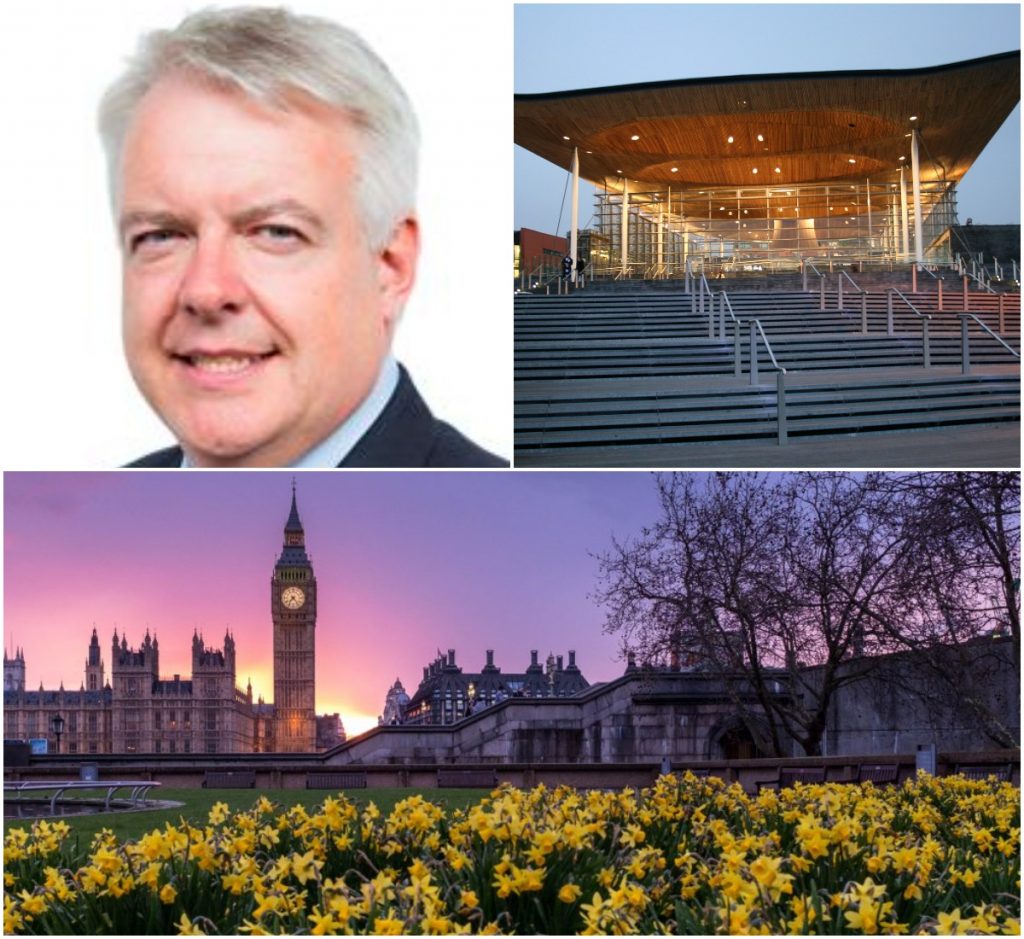 Carwyn Jones MS looks back at his time as First Minister and how the four nations interact with each other.

‘Missing Links’, the IWA’s report on inter-parliamentary relations, was published in September 2020.

Next year, the UK with its current boundaries, will be one hundred years old.

There was no real mechanism that governed relations between Great Britain and Northern Ireland. The Stormont parliament could pretty much do what it wanted, even making its own security arrangements. Until the end of the 1960s that seemed to suit both sides of the Irish Sea.

With the coming of the Troubles and the deteriorating security situation, the decision was taken by the UK Government in March 1972 to abolish it, a process well outlined in the book How Stormont Fell by Henry Kelly (yes, he of later Going for Gold fame).

Fifty years on and with the establishment of three new legislatures in the meantime, we are still debating whether there is a proper mechanism for relationships between the legislatures of these islands. The contact is almost non-existent and needs to be improved.

Before doing that, it’s worth focusing on the inter-governmental relationships, where matters are slightly better.

Although constitutional convention has it that Westminster is a supreme or sovereign Parliament (the words are used interchangeably), there is no hierarchy of governments, as the Counsel-General, Jeremy Miles recently said in the Senedd Chamber. That means that a robust system governing relations between them is both desirable and necessary.

“Imagine a legal system where you found that you were in dispute with somebody and when you got to court, you discovered that that person was also the judge.”

The Joint Ministerial Committee is the main mechanism for doing just that. It has been in existence since the beginning of devolution but its latest iteration is laid out in a Memorandum of Understanding between the governments dating back to 2012. There lies the first weakness in the structure; it’s voluntary and so any government can withdraw at any time.  It is not underpinned by statute.

My experience of the JMC is that it’s largely ineffective.

It meets once a year in plenary session, the only time the UK Prime Minister attends. It’s fair to say that these meetings have tended to consist of a series of grievances raised by the devolved governments which the UK then seeks to address.

This happens mainly because there is no real scope for discussion or decision making. I can’t remember a single occasion over my time as First Minister where there was a proper discussion that led to an agreed position on anything.

I don’t hold the UK Government solely responsible for that; we were all responsible, but the system didn’t allow for anything else.

The most glaring weakness in the JMC is the dispute resolution process, it is written down and looks clear but it has one major failing; the final arbiter is the UK Government. So if you have a dispute with the Treasury, it’s resolved by the Treasury.

In fact, the UK Government reserves to itself the right to decide whether there’s a dispute or not. When Northern Ireland received £1bn extra in public spending, at least some of which should have led to a consequential sum for Wales and Scotland, both countries invoked the dispute process.

The response from the UK Government? We don’t accept that there is a dispute.

Imagine a legal system where you found that you were in dispute with somebody and when you got to court, you discovered that that person was also the judge, then you would be entitled to think that the system is rigged against you.

That’s what we have in the JMC.

“In some ways, the problem didn’t exist; there were Labour administrations across Great Britain.”

The UK Prime Minister only attended once in the nine years that I was First Minister. The Taoiseach always attends, although by tradition is always late! Meetings largely consist of set piece events and are rarely controversial.

The BIC’s strength lies in the meetings that can be organised with participants “in the margins“ rather than in the meeting itself.

Fixing the weaknesses in inter-governmental relations is outside the scope of this article but it gives us an idea of what has been set up at that level and how it can be compared to relations at parliamentary level.

In December 2018, I returned to the backbenches for the first time since July 2000. All those years ago there was no structure for relations between the legislatures, if indeed you could have described the Assembly in such terms then.

In some ways, the problem didn’t exist; there were Labour administrations across Great Britain and relations were informal and largely established within parties.

Twenty years on and the situation has changed but the relationship between the legislatures hasn’t. There are ad hoc meetings between different committees but nothing formal or regular.

What is undoubtedly lacking is any kind of regular, formal structure of contact that comes close even to the incomplete system that exists at inter-governmental level.

There may be some who ask why there is a need at all for formal relationships between the parliaments but I have always found that many conflicts arise because of a lack of understanding rather than an organised conspiracy. I believe it would be helpful for Westminster legislators to hear of the experiences of operating in a devolved context.

How then to establish those relationships? Clearly an event that involves all of the UK’s legislators would need Newport’s ICC to host it so the relationship has to be built on a micro level. Here then are some suggestions:

It’s remarkable that after twenty years of recent devolution, we still lack a formal relationship between the legislatures of the UK.

Next year will give us time for a fresh start.

Carwyn Jones is a former First Minister and is currently the MS for Bridgend and Professor of Law at Aberystwyth University.