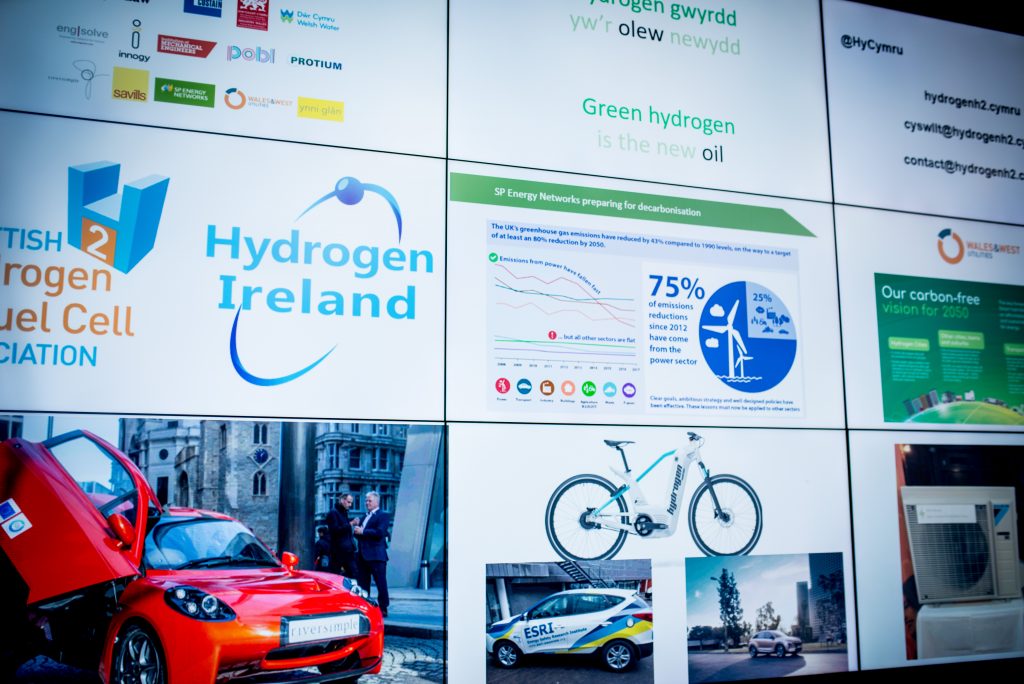 Wales is making positive early steps in developing its hydrogen economy but what can we learn from other European nations, asks Kate Evans.

Wales is home to world leading hydrogen research and development projects, including facilities at several of its universities.

It has further hydrogen capabilities through its strong oil and gas presence; strategically important port infrastructure in north and south Wales; and the presence of numerous industrial and non-industrial companies with hydrogen expertise.

This presents a real opportunity for Wales to lead the way in the development of a hydrogen economy, as part of the UK’s Green Industrial Revolution.

But how advanced are we compared to some of our European neighbours, and what can we learn from them?

Gaining perspective is essential to ensure that we, as a nation, fully capitalise and benefit from the vital contributions we are making.

Who are the early adopters?

In recent years, the northern Netherlands has fully committed to the development of its hydrogen economy.

It is now regarded as the leading Hydrogen Valley in Europe, boasting a fully developed ecosystem of green hydrogen, from its use in industry, mobility and transport and the built environment – a feat that has gained the region European recognition.

“We are a nation rich in natural resources to produce hydrogen – primarily, our abundant access to water.”

This has been recognised as a key requirement to realise green hydrogen production, and for which the country is well positioned.

Not too geographically disparate from the Netherlands, Denmark is also busy developing its hydrogen potential, and has taken a majority stake in a €30bn artificial ‘energy island’ to be built 80km offshore.

This is claimed to be the ‘world’s first energy island’ and will serve as a hub for 200 offshore wind turbines, with green hydrogen produced for shipping, aviation, industry and heavy transport.

Elsewhere across Europe, a newly formed consortium has joined forces to develop a Basque Hydrogen Corridor, the formation will help develop an entire hydrogen value chain in the Basque Country. And Ireland is looking to the Celtic and Irish Seas for a ramping up of offshore wind and accompanying hydrogen production.

What parallels can be drawn here in Wales?

Wales, too, has recognised the role of hydrogen in decarbonisation efforts. The Welsh Government is currently running a consultation “Hydrogen in Wales – Pathway and next Steps” until 9 April 2021.

While we wait for responses to be collated, three main parallels can be drawn between Wales and the countries mentioned above.

Firstly, Wales has the expertise to develop a hydrogen economy. Examples of innovative projects include the Holyhead Hydrogen Hub, developed by social enterprise Menter Môn, and the South Wales Industrial Cluster.

“Wales’ capabilities… are broadly comparable to our European neighbours. The difference is that other countries have already acted upon it.”

Other key examples include Milford Haven Energy Kingdom and Wales is also home to some innovative hydrogen specific companies such as Riversimple.

Secondly, we are a nation rich in natural resources to produce hydrogen – primarily, our abundant access to water.

Thirdly, the offshore wind farm being developed off the coast of north Wales could generate the electricity needed to produce green hydrogen (called electrolysis), like in the Northern Netherlands.

What sets us apart?

Wales’ capabilities in terms of the hydrogen-related activities and expertise are broadly comparable to our European neighbours. The difference is that other countries have already acted upon it.

Part of the issue is that unlike other nations who are looking to develop hydrogen, Wales does not have the offshore storage facilities for carbon capture and storage (CCS) purposes. CCS is considered necessary in decarbonising blue and grey methods of hydrogen.

Although hydrogen itself does not emit any greenhouse gases (only water and heat), blue and grey modes of hydrogen production use natural gas, and therefore emit carbon dioxide (CO2) during the production process.

The CO2 needs to be captured during the production process and stored, in order to protect the environment.

With grey and blue hydrogen being the most common methods of production at present, the lack of storage facilities for CO2 captured in the production process means that there is a risk that Wales will be overlooked in the race to develop a hydrogen economy.

Green hydrogen, produced from electricity generated from renewable sources, does not have this issue, but it currently comes in at a much higher cost.

I believe that Wales should use this perceived shortcoming to its advantage and focus on innovation to overcome this issue.

We have an opportunity to be bold and to pioneer a leading hydrogen transportation system, to send captured CO2 to offshore storage sites located elsewhere in the UK.

Welsh ports such as Milford Haven and Holyhead, would play a central role in this. Implementing hydrogen refuelling stations for tankers for example, would attract hydrogen shipping and continue to ensure that our ports remain vital in a global economy.

If adopted early, this strategy would set us apart from other industrialised nations who also lack suitable CO2 storage solutions.

Wales would be a world leader in overcoming this vital problem for the decarbonisation of our industrial sector.

How do we make this happen?

There are many tangible and proactive steps we should be taking to develop Wales’ hydrogen supply chain and transportation sector, while creating highly skilled jobs in the process.

These include financial incentives, like the introduction of hydrogen scale-up funds and compensating the initial investment gap for critical hydrogen infrastructure, to accelerate offshore wind development.

This will help drive down the cost of green hydrogen production, which would in turn lessen the requirement for blue and grey hydrogen to be produced. This in turn would lessen the burden of having to store as much CO2.

It’s needed to better understand hydrogen as an energy sector, to assist with the upscaling as required, and to learn and report the lessons learned.

“Wales needs to act now, or risk losing its competitive advantage and talent to other nations.”

Most crucially of all, Wales needs to act now, or risk losing its competitive advantage and talent to other nations.

Hydrogen is not a magic bullet that will fix all our decarbonisation problems in one fell swoop, but its role in Wales’ decarbonisation plans cannot be overstated, especially in relation to our manufacturing industry.

So much so that in my view, it could be questioned whether Wales’ ambitions, as set out in its current hydrogen consultation, goes far enough with its ambition for 100’s MW – GW scale by 2030.

This is enough to power a few hundred thousand homes, but with over 3 million people living in Wales, that still leaves a lot more houses to power, even if hydrogen is going to only be complementary to our energy mix.

This begs the question – should we not be aiming to increase our energy generation capacity to help bring costs down and speed up decarbonisation, given that we only have until 2050 to meet our global decarbonisation goals?

Could we not be pushing ourselves further?

Kate Evans is an Associate in the Construction, Energy and Projects team at Capital Law who are a member of HyCymru, the Wales Hydrogen Trade Association. She leads on energy projects at the firm and has sector specific expertise in renewable energy.