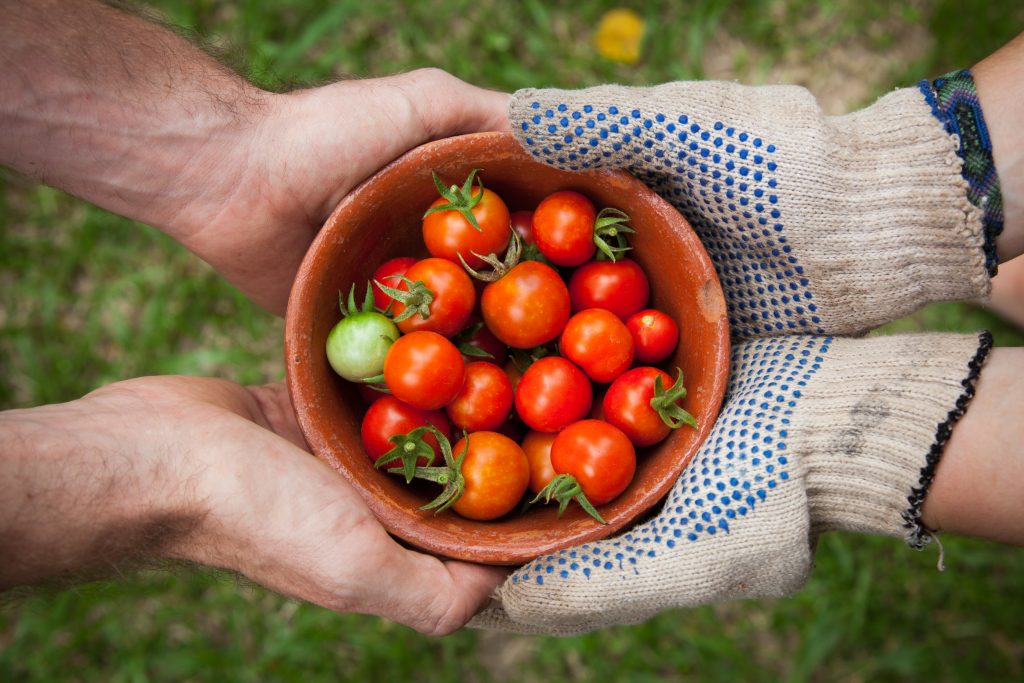 Jane Powell explores the benefits of a comprehensive community food strategy that would consider land use for Wales.

As pressure to meet net zero emissions targets grows, Oxfam has warned that the drive to plant trees could lead to vast areas of land being taken out of food production, leading to hunger for the most vulnerable.

Now carbon offsetting is causing concern much closer to home. As reports emerge of corporations buying whole farms for afforestation, Ceredigion MP Ben Lake has warned that rural communities, the Welsh language and food production are being sacrificed to a ‘green-washed business-as-usual’.

Wales has its own target of net zero by 2050. Following guidance from the Climate Change Committee, it plans to move around a fifth of agricultural land from livestock rearing to carbon sequestration, supported by a change in diet away from red meat consumption.

However, even given the need for more trees, there does not need to be a simple sacrifice of food production for forestry. What is needed is a comprehensive land use policy, one that recognizes that food production, forestry and other land uses all have a place, and can even sometimes be combined, as for instance in agroforestry.

A food strategy for Wales

An effective land use policy would need to be linked to a food policy. England has come up with some pointers in its recent National Food Strategy, an independent report to which government has yet to respond. Such a food policy could help us decide what our land is for, as well as pulling together other threads, from farming and the economy to health and social inclusion.

“We have many inspiring grassroots projects which are busy reconnecting people with food production.

Both the Welsh Food Manifesto and the Food Policy Alliance Cymru have been calling for just such a joined-up food policy for some time. Now, the Welsh Government has announced that it will create a Community Food Strategy during its current term.

At first glance, the reference to ‘community’ seems limiting. It makes no reference to how Wales as a whole intends to feed itself, or to the global impacts of outsourcing food production to countries with lower farming standards, or of importing livestock feed grown on land taken out of tropical rainforest.

Maybe, though, communities are a good place to start. We have many inspiring grassroots projects which are busy reconnecting people with food production. Numerically small, these projects nevertheless represent the citizen power so essential to the Wellbeing of Future Generations Act.

In particular, community food projects could be an important way to integrate farming and food policy.

On the one hand, we have a forthcoming Sustainable Farming Scheme that will reward farmers for managing the land environmentally, while at the same time supporting them to develop their businesses. Food production, which is not considered to be a public good, will not be directly supported and so will depend on other policy moves.

On the other, we have an action plan for food that is mainly about developing the food and drinks industry, with an aspiration in the next version to contribute to community development.  This strategy has little to say about farming.

“There is inspiration in the shape of Food Cardiff, Our Food Crickhowell and the Sustainable Food Places network which have shown their worth in mobilizing community responses to the pandemic.

What community projects might do therefore is to bridge the gap between these two policies, by reaching out to local farmers and growers and connecting them with markets, tapping into growing demand for local food.

These markets include retail, the hospitality sector and public procurement; Carmarthenshire is already backing local sourcing as part of the government’s Foundational Economy programme.

The missing link here is infrastructure, including small abattoirs, processing facilities, cold storage and distribution, which will need investment. The returns are big though: the regeneration of rural economies, vibrant communities and a healthier population with cooking and gardening skills.

Alongside physical infrastructure it is also important to build democratic processes that allow citizens to contribute to local decision-making, something that is encouraged by the Well-being of Future Generations Act but difficult to attain in practice.

Here, there is inspiration in the shape of Food Cardiff, Our Food Crickhowell and the Sustainable Food Places network which have shown their worth in mobilizing community responses to the pandemic.

Food security is a key concern of community food projects, and provides an impetus for local food production. But this depends on access to land. As outrage builds over the sale of the countryside to corporate interests, what can we do?

“Wales has no equivalent of either the Scottish land reform legislation or the English Localism Act, and we will need to establish our own principles of land management.

One approach might be to develop a Rural Land Use Framework, as the English food strategy recommends. The English model would assign land to one of three compartments: intensive food production, natural habitats or an agroecological combination of farming and nature.

We might not follow that model in Wales, but without any plan at all, we may default to a combination of intensive farming and rewilding which will disappoint many.

The Food, Farming and Countryside Commission is calling for the English land use framework to be led by local communities, and again, a Welsh Community Food Strategy could allow for that.

Another approach would be to follow Scotland’s example of the community right to buy, so that Welsh farms that came on the market could be bought by local groups, such as Community Land Trusts.

Alternatively, local authorities could step in and increase their stocks of county farms, neatly reversing the sad case of Trecadwgan, where a community group failed in their bid to buy a 14th century farm from Pembrokeshire County Council.

Wales has no equivalent of either the Scottish land reform legislation or the English Localism Act, and we will need to establish our own principles of land management.

One starting point could be to find common ground between those who want to preserve traditional family farms, with all they contribute to the local culture and language, and new entrants to farming, often from urban backgrounds. A community food strategy could help to do this.

There is strong public feeling about the Welsh countryside. Concerns about the sell-off of farms to corporate interests and the proliferation of intensive poultry units are rooted in a deeper concern about our national culture and the natural world.

A Community Food Strategy must give people the means to ground those concerns in practical action, and a voice into government.  The mechanisms exist: the Future Generations Act provides for communities to influence local authorities via Public Services Boards, and the Environment Act invites collaboration through the Area Statement process.

The Public Services Boards do not have the power to block the sale of farms for carbon offsetting, any more than they can stop the proliferation of intensive poultry units.

What they can do, however, is provide a space for community organizations to propose strategies for local land use which could then be picked up by national government. This would allow local and national priorities to be matched.

They could also set up mechanisms by which environmental goods such as carbon sequestration and flood prevention can be rigorously audited to allow for a blend of public and private investment, leaving farmers in control of the land. In Pembrokeshire, the BRICS project is pioneering a blended model for water quality.

It will not be easy to create these new structures for a new form of governance, but working locally does bring the energy and creativity of communities, and maybe they can do what government cannot.

Jane Powell is a freelance education consultant and volunteer coordinator of the Wales Food Manifesto and the Wales Real Food and Farming Conference.

Photo by Elaine Casap on Unsplash 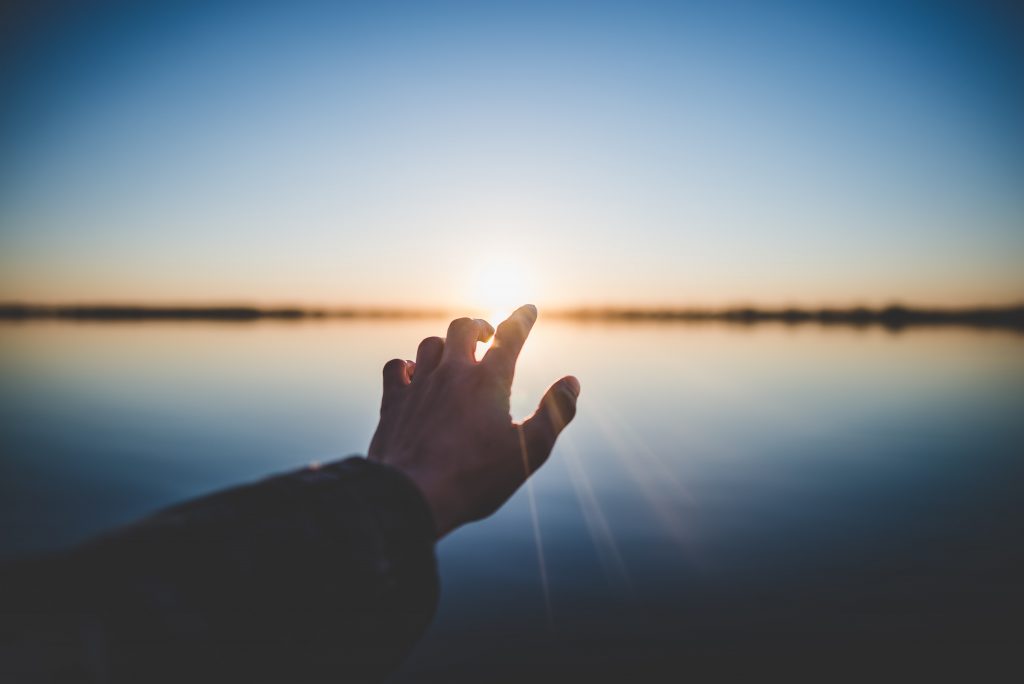