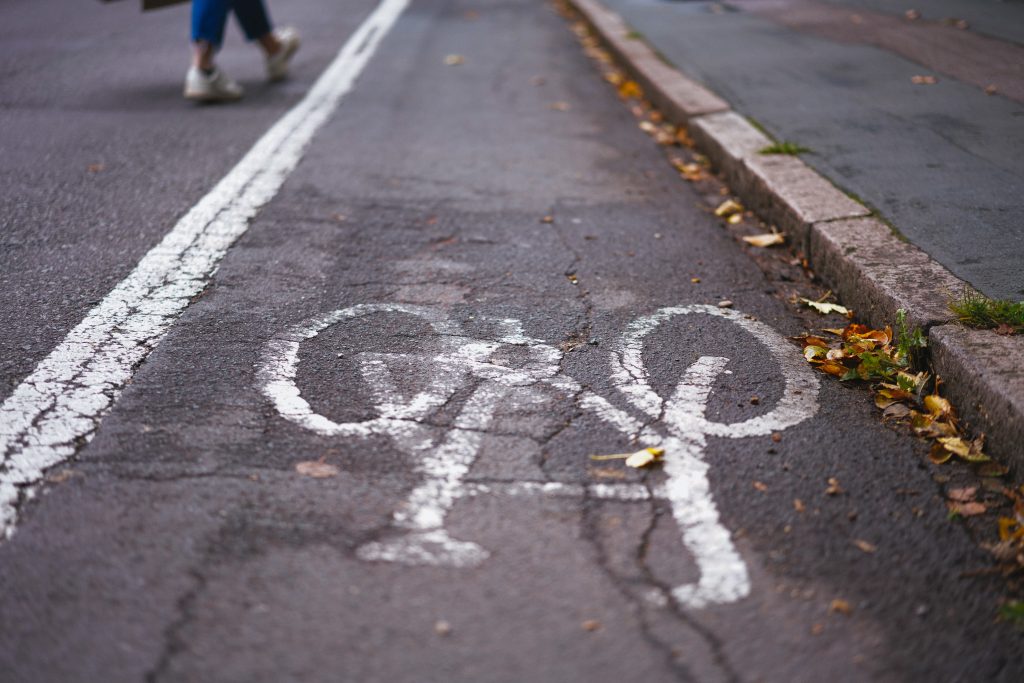 Louis Mertens argues cycling provision in Wales must be diversified if it is to become truly accessible.

From November 2021 to January 2022, Nextbike temporarily withdrew its services from Cardiff due to vandalism and theft. Nextbike are financially supported by the Welsh Government. It’s a public service and its absence was felt across the city. It left people that didn’t have the means to purchase a bike without one, and threatened to put a large number of nextbike customers back in their cars. It demonstrated not only why we need hub-to-hub cycle hire in all towns and cities in Wales, but also why we need to diversify access to cycling to provide people in every circumstance with a bicycle, or even a tricycle, to get to their destination.

In March 2019, my partner and I met her cousin Ally on a rather brisk day at Amsterdam Central Station. Ally is a cycle courier as well as a Master’s student in neuroscience, and as a pretty much naturalized Dutch citizen, cycling is the main way he gets around.

Currently, if you want to cycle in Wales you have a few options.

As we were walking back from the station, I took the opportunity to ask Ally a question that had been burning on my mind since we had arrived: “What’s with all the bikes with blue front tyres?”. “It’s a subscription bike service,” he said, “I’m subscribed, too.” Like Cardiff, Amsterdam and Utrecht have major issues with cycle theft. He’d resigned from purchasing another bike because they kept getting stolen. Instead he signed up to a cycle-as-a-service operator in the Netherlands which, for a fixed monthly fee, would supply you with a step-through bike of their own design. If it needed repairs or got stolen they would fix or replace it within 48 hours.

Currently, if you want to cycle in Wales you have a few options. You can purchase a bike, and if your employer facilitates, do so through a cycle scheme. Alternatively, you can hire a bike from any number of small private businesses by the day. If you’re based in Carmarthen or Burry Port, or are perhaps visiting, you can sign up to Bromptons hire scheme and treat yourself to a folding bike. Instead, if you’re in Swansea, you can try out the Santander Cycle (Nextbike) that operates across a very modest 5 hubs set along the seafront. If you live in Rhyl, Swansea, Aberystwyth or Barry, you can borrow a bike for free from one of the e-bike libraries being trialled by Sustrans and funded by the Welsh Government for up to three months.

In other words, there is some diversity in access to cycling in Wales, but it’s quite sporadic. You don’t often have more than one or two options in any single place.

In larger cities across western Europe, access is less sporadic. There are even more options and often they operate in the same areas. For example, in London, as well as having many varieties and flavour of conventional hub to hub bike hire, and ‘all of the above’ you have e-cargo bike taxi operators, which are not to be confused with pedi-cabs (although you can find those in Hereford). E-cargo bike taxis are bikes with large baskets on the front fitted with a bench for carrying passengers, as well as many other things. You book them using an app, like most taxi operators. In parts of London, as well as various other locations across England, you can also rent from dockless bike hire. And finally, across much of the Netherlands, Belgium, and London, you can use Swapfiets, which is the cycle-as-a-service operator – the one that Ally introduced me to almost two years ago in Amsterdam.

What I am pointing to here, is that in Wales we currently have fewer options and there is no cohesion between them. When you arrive in a place you cannot rely on there being any access to cycles at all, but more broadly, it also means that in each place we are only catering for a group of people whose specific needs are met by those schemes.

Ally had opted for a cycling solution that allowed him to continue cycling his journeys, whilst not having to worry too much about theft or repair. In the same way, Marian Gwyn, who I met when delivering workshops on active travel with Anglesey County Council, chooses to ride an e-bike because it means she can cover more ground with less effort and helps her eliminate the hills which prove a challenge when her panniers are full of shopping. I choose to ride a folding bike because I use the trains to get about for work, and I don’t want to have to worry about clambering around with a massive bike on a busy train.

Differences are compounded by our employment status and type of work we do, our income and age.

When we decide we’re going to make a journey, we make a calculation in our heads of all of our journey options, and how much thinking and effort will go into pursuing them. Different things will go into this thinking process for different people depending on their identity and origins, and there is an intersectional element to what makes cycling accessible.

Journey trends by gender show that men are most likely to make simple journeys in and out of the centre of the town, whilst women are more likely to make multiple stops across their journey which might be more likely to take them around the periphery, according to Caroline Criado Perez. Differences are compounded by our employment status and type of work we do, our income and age. You can imagine that someone with a low income might be less inclined to commit to something with a high upfront cost, or might associate the prospect of theft with a greater amount of anxiety than someone with a higher income.

In Newport, communities are leading by example. Mark Seymour at The Gap, a refugee charity, is working with Newport Homes to turn retail space emptied by COVID lockdowns into secure cycle storage in the city centre to help tackle cycle theft. All sorts of local stakeholders are working closely together under the Newport Cycle Theft Reduction partnership. This is one piece of the puzzle, and when it opens people will confidently cycle to Newport City Centre with their own bike knowing it won’t be stolen. But with more options for cycle access we can provide even more flexibility and tackle a wider range of barriers which help people not only to cycle more, but use other forms of public transport, too.

Only through making cycling truly accessible will we make it a real option.

Finally, I want to introduce you to Alex.  Alex lives in Cardiff North and is a perfect case in point. At least for his commute, he would like to swap his car out with the bus, but the bus that takes him to his place of work in Newport is some distance from his house. Alex explained to me that it would be very feasible to cycle to where he would pick up his bus, and this is something he would like to do, but there is nowhere secure to lock his bike at the bus stop. His bike is also in need of repair but he doesn’t know how much that should cost and whether the repair is worth the expense. Ideally, it would make sense for Alex to use the Nextbike, but there’s no Nextbike hub near the bus stop. Furthermore, if he were to use the Nextbike there’s no guarantee there would be a bike available for him for his return commute.  Alex provided me with many barriers here to unpick, and there is no single solution which would resolve all of the barriers Alex faces to cycle more journeys. This is exactly the problem.

Alex is one of many people who currently drives to work. People who drive to work aren’t some homogenous group, they all have different needs, but have all calculated that the easiest way for them to get to work, in spite of queuing traffic and rising petrol and diesel prices, is to use their car.

In order to get more people out of their cars we need either places that offer security in themselves, with bike hangers or community driven initiatives like the one Mark is delivering in Newport, or alternatives which remove the risk intrinsically – alternatives that can be relied upon if any one operator withdraws their service. We need e-cargo bike taxis for people who will cycle in the day but not when it gets dark. We need hub-to-hub hire bikes for people who want to do just one leg of their journey. We need cycle-as-a-service for people who want to ride as if they own the bike, but without the financial risk, and we need libraries or trials for people who just aren’t sure yet whether they want to ride a bike at all. Only through making cycling truly accessible will we make it a real option.

Louis Mertens is Community Engagement Officer at Transport for Wales.
Photo by Phil Hearing on Unsplash