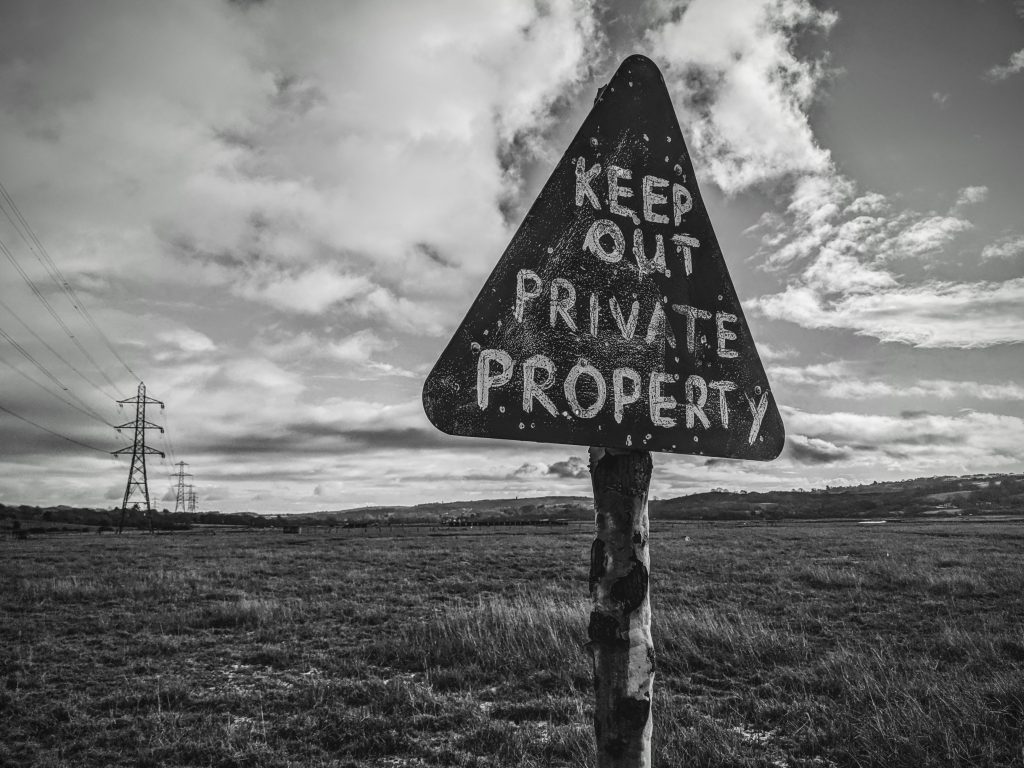 The way land is used and managed affects us all in multiple ways. Land ownership plays a central part in this. Who owns land can influence the future of housing, agriculture, conservation, infrastructure, renewables and ecological restoration projects as well as affect health, wellbeing and cultural heritage and language. By owning land, owners have the last word in how it is used and how it is managed.

People and communities are therefore affected by the decisions made by landowners as to what is the best use of their lands. As a result, our landscapes have been in constant flux through the changes made in land use. From land enclosures and clearances, to plantations, deforestation and construction – all have had a profound impact on the landscapes, habitats and communities that live around and within these places.

Owning land bestows power – the power to decide how that land is used.

This management (or mismanagement) of land can be retraced to ownership. Who were the owners, how did they acquire ownership, and what were their goals, economic or otherwise?

Owning land bestows power – the power to decide how that land is used. Large landowners therefore can have a major influence on a number of issues. Whether our aim is to rewild, reforest, protect certain habitats; create more sustainable agricultural practices; create new housing or position new renewable energy technologies. Land and its ownership matters.

There is a need to understand these ownership patterns in order to progress as a just and more equal society. Holding power to account needs to happen in all spheres of society and should include investigating the power granted to some individuals and bodies through land ownership.

So what do we know about land ownership patterns in Wales?

At the moment, data on ownership in Wales is widely dispersed and disjointed. In order to access what should be clear and concise data about who owns land in Wales, one must first know where to look, and then collate different resources to get a fuller picture. There is also a significant amount of land, whose ownership is unknown (for example, land that has avoided being registered through being passed on over generations of the same family). There is some information on publicly owned land and council owned land and some organisations are also upfront about the amount of land that they own. Some, however, are not. At the moment, there is no resource to show and compare what land is publicly owned to that which is privately owned; Crown Estate owned, or owned through a charity or trust. There is no one place where you can go to find out the complete picture about ownership of land and assets in Wales.

The intention with the Who Owns Wales/Pwy Bia Cymru project is to remedy this gap in knowledge. It is a collective attempt at mapping and data collection, as well as a place to read about the social history of land ownership patterns in Wales. The project has begun to create a digitised map, but there is much more work to be done. We intend for the website to develop into an accessible resource to inform readers and show the ownership patterns that exist in Wales, along with why they look as they do. We are also hoping to collect a variety of articles about local stories of land ownership, land rights protests and other associated events.

The website shares the tools and background reading needed for other people to pursue their own investigations about who owns land in their own locality or area. By doing so we hope to empower local people to question the ownership and management of their local landscapes, to pose questions as to the legitimacy of this ownership, how land is managed and what that entails. These exercises also lead to questions about rights of way, and why some land is accessible for public use and others not. By looking at these local issues, one can also understand the national and global patterns in land ownership and how power is wielded, to this day, by so few.

Is it right to accept ownership based on the violent exploitation of generations of people through slavery?

Another avenue of research that we hope to investigate is the history of the very concept of ownership in the Welsh context. The means of ownership – how land was in essence taken and given to a small amount of people – also needs our consideration. The legitimacy of ownership is so often taken for granted that we sometimes fail to even question how it came about.

How large swathes of land and some estates have been bought and then funded in the past is also contentious. We already know that several estates and landowners were partly funded through colonial activities, the slave trade and slave plantations. Is it right to accept ownership based on the violent exploitation of generations of people through slavery? The legitimacy of the Crown Estate’s ownership of coastal lands and rivers in Wales is also in question. It has been criticised recently for being an organisation that simply funnels revenues away from the areas they own without reinvesting locally. How was this land granted to the Crown in the first place, and is it now taboo to question such institutions, simply because they have existed for such a long time?

Sioned Haf is a researcher and activist working within the community energy sector and researching energy justice and issues to do with the energy transition.
Photo by Charlie Hammond on Unsplash