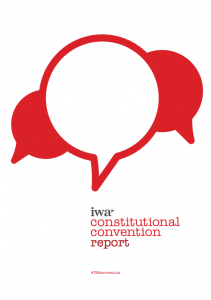 Running from January to March 2015, the IWA’s Constitutional Convention asked 12,000 people across the country about Wales’ future.

Using innovative crowdsourcing technology the convention looked at the role of the UK, the potential devolution of welfare and the economy