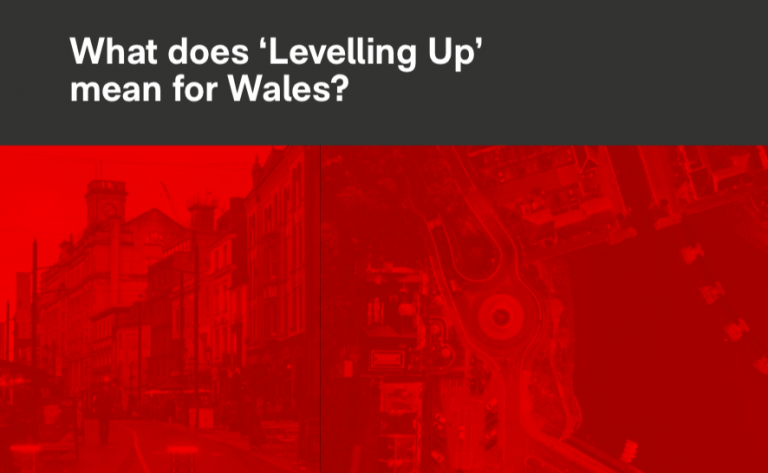 The Levelling Up White Paper threatens to weaken democratic accountability and economic development in Wales, warns the Institute of Welsh Affairs.

We welcome the significant steps the Levelling Up White Paper takes towards the decentralisation of power and funding in England.

However, the White Paper fails to take advantage of the existing well-established devolved and democratically elected institutions to deliver on Levelling Up in Wales, Scotland and Northern Ireland.

In this White Paper, increased regional devolution in England is viewed as a way to inspire growth in a direction that fits residents’ aspirations for their communities. However, this attitude is not shared in relation to Wales and Scotland, where any further devolution at a national level has become a red line for the UK Government, instead bypassing these institutions and the vital contribution they could make to levelling up.

This risks creating a more adversarial, rather than a more cooperative relationship. It risks investment in local communities ending up being poorly delivered due to the UK Government’s denigration of devolved democratic institutions. It risks the Levelling Up agenda failing to deliver for the whole of the UK.

The IWA has further concerns around the ability of the funding laid out in the White Paper to replace lost European investment, as promised during and after the Brexit debate. Our research suggests a more than halving of structural funding being made available to Wales through the Levelling Up Agenda when compared to predecessor European grants. The effect of this will be far ranging.

The Welsh Government has a close-to-finite budget, with limited borrowing powers. In practice, the vast majority of the Welsh Government’s budget is effectively pre-allocated to the NHS and education systems before spending on infrastructure investment such as improving rail links can even be considered. Historically, Wales has relied heavily on European structural funding for these purposes.

To compound the issue, funds intended to replace European money are guaranteed for a much shorter period, a few years compared to the seven year programmes provided for previously.

As a result, we have significant concerns over the ability of Welsh Government to invest long term in Wales under the proposals contained within the Levelling Up White Paper and we urge the UK Government to revisit the administration and quantum of the Levelling Up Fund and Shared Prosperity Fund to ensure parity with areas in England.

‘The pandemic and Brexit have caused the biggest upset in our social and economic fabric in generations.

‘We must seize this opportunity to rebuild from a unique moment in our history through harnessing the strength of devolution in Wales and we call on the UK Government to respect the promises made to replace European funding to ensure Wales receives fair investment.

Read our full report, What Does Levelling Up Mean for Wales?, here.