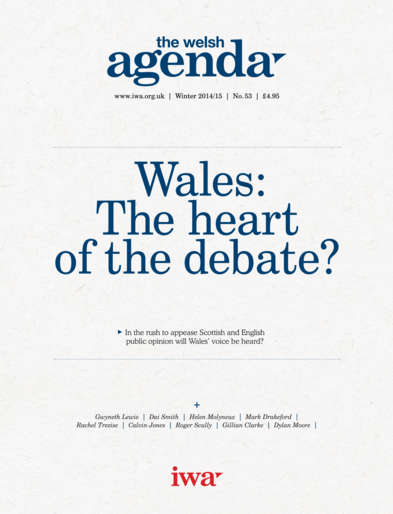 Of all the strategists, ideologues and ‘outriders’ involved in Labour’s 2017 UK General Election campaign, you could be forgiven for being unaware of the contribution of Steve Howell, who served as Jeremy Corbyn’s Deputy Executive Director of Strategy and Communications. Compared to the attention (and, inevitably, right-wing smears) given to the likes of Seamus Milne, Andrew Fisher and Jon Lansman, for example, Howell has been a hitherto relatively under appreciated contributor to Labour’s better-than-predicted performance at the polls. Yet he proved to be an invaluable asset to the Labour campaign, and his Game Changer: Eight Weeks That Transformed British Politics is an essential chronicle of the context, campaigning methods and outcomes of the 2017 UK General Election.

The part-memoir, part-debrief presented by Howell methodically lays out the key events of the eight-week election push, complementing insight into the communications and marketing strategies utilised with the political context and competing ideologies that drove them. As a long-time Labour Party member with a successful career in PR, Howell would seem perfectly placed to channel a lifetime of activism into harnessing new technologies and campaigning methods, and this work is testament to that.

Though driven by well-pitched messaging and ‘new media’ savviness, Labour’s manifesto is, as was the case in the campaign itself, the book’s centre of gravity, with its ‘policies that gave substance to a different kind of society’, as Howell puts it. In electoral post-mortems such as this, it’s common for any astute analysis to get drowned out by cold, context-free number crunching or, worse, vacuous second-hand gossip from lobby hacks, but this is far from the case here. Howell’s place at the heart of the campaign makes for a sincere examination of everything that went right – and a little of what went wrong – with refreshing honesty and sincerity.

It’s this focus on sincerity and substance that allows Howell to capture the lasting memory of those eight weeks: the cognitive dissonance between media soothsaying and the reality of grassroots campaigning on substantive policies. It is clear from the start that the efforts of Corbyn’s team will be resisted and derided in equal measure from all walks of political life. As soon as the election is called, almost every move is greeted with endless spin, slander and defamation, showing just how nasty the political-media orthodoxy can get when it feels under threat. A notable highlight is Howell’s exposing of aforementioned lobby journalism for exactly what it is: ‘gossip and conformism’, while also showing the perniciousness this inevitably leads to: the dog-whistle racism directed towards Diane Abbott, to give one frequently referred to example.

It is to the Corbyn campaign’s credit that they were well placed to anticipate this hostility and ensure their strategy of focusing wholeheartedly on getting their message through to voters. As Howell often implies, it is doubtful that the light-on-policy timidity and vacuity of the Labour right would have survived such an onslaught. Corbyn’s team, on the other hand, battle hardened by the previous summer’s farcical leadership challenge, is more than adept at negotiating the barrage of dirty tricks levelled at them. These struggles serve to highlight just how counterhegemonic the Corbyn project is, or at least has the potential to be. Of course, this is only enabled by smart messaging and expert campaigning, but as Howell himself says, ‘a great manifesto cannot communicate itself’.

Thus the key to Game Changer’s success, beyond capturing the unexpected joy of election night, is that all of this is placed in its rightful political context. The briefest of histories of neoliberalism presented here shows simultaneously why British politics has become so stagnant, and why a desire for a more socialist Labour Party proved to be such a latent possibility.

However, while this retelling can drag you along with its sheer pace, at times it can lull you into thinking that a leftward shift was something of a teleological inevitability. Although it’s true that the potentiality of hegemonic neoliberalism’s collapse has shown up Third Way centrism to be wholly ill-equipped to forge an alternative, it’s also the case that under a more right-leaning leadership, the Labour Party would surely have suffered the same pasokification that has plagued many of its social democratic counterparts across Europe. It’s perhaps a testament to the level-headedness of Howell et al that he has somewhat underplayed just how much of a challenge it was to unite the Labour Party while simultaneously building an adequate platform to combat the Tories.

Speaking of uniting the party, while there is a palpable sense of pride and enthusiasm for what the Corbyn project has achieved thus far across the UK, it’s hard to ignore Howell peppering his work with references to the inadequacies of Labour in Wales. Again in a manner reminiscent of the campaign itself, despite the general positivity there is a definite disconnect and mutual distrust between the leadership in Westminster and their junior counterparts in Cardiff Bay. Aside from the odd gripe with insufficient campaign funding, and an initial (ill-founded) worry that the Labour vote would collapse in Wales altogether, an analysis of Labour in Wales is notable by its absence. Given that Howell resides in Cardiff and has many contacts within Welsh Labour, this lack of attention seems rather curious. It could be the case that this belies an oversight in which Wales’ Labour vote was taken for granted. More plausible is that the delicate balancing act required to reconcile leftist Corbynites with the Blairite holdouts in Welsh Labour was deemed more trouble than it was worth.

Most pertinently, Howell’s work here proves useful, one year on, as an invaluable reference point for what has changed in the meantime, but more so what hasn’t changed. In many ways, despite apparently being Eight Weeks That Transformed Britain, right-of-centre anti-Corbynites seem more resolutely entrenched, trying their best to convince themselves that the ‘game’ hasn’t in fact changed. With the campaigning expertise of the likes of Howell guiding the Corbyn project, this delusion could be their downfall.

Similarly, the presentation of Labour’s current direction here points to the urgent need for renewal within Welsh Labour if it is to keep pace with the progress the party has made since 2015. The upcoming leadership election is an obvious opportunity to achieve this, but it seems unlikely to be seized upon. The race so far suggests that, bureaucratically and rhetorically, the Welsh Labour establishment will do everything it can to ossify itself as the last bastion of Blairism. If it doesn’t drag itself into the new world of a Corbyn-led Labour Party, rather than clinging on to an imagined present synthesised from a discredited past, Welsh Labour risks being cast aside in favour of something better equipped to meet the needs of its electorate. At present, there is little indication that these warnings will be heeded.

Gareth Leaman is a writer and musician from Newport. He has recently contributed to Poetry Wales, New Socialist and Wales Arts Review.