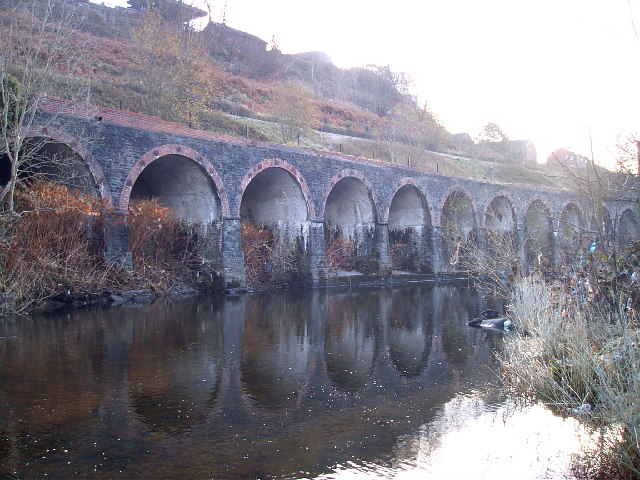 This article was first published in the welsh agenda, issue 61.

In the 1980s I had the privilege of working with one of the great historians of Wales, the late Gwyn A. Williams, on a 13-part television history of Wales, The Dragon has two Tongues. I can recall the shots of Gwyn, in the pouring rain, declaiming to a crowd outside Merthyr Tydfil’s Town Hall, with his fist held high. Our own Lenin. It was also the time of the miners’ strike, when Gwyn described the plight of Wales in graphic terms as ‘a naked people under an acid rain’.

You could not know Gwyn for any length of time without imbibing a belief in the centrality of Merthyr Tydfil to the industrial revolution and to the history of the working class in this country. Most of all he convinced me that the story of Merthyr was undersold, a habit that may have originated with Prime Minister Lord Melbourne who, when presented with a report on the Merthyr Rising of 1831, Gwyn contended, deleted the word ‘rising’ and inserted the word ‘riots’.

What is beyond doubt is that Merthyr is still undersold. One cannot say that the world, or even younger generations within Wales, know that here is the town that in the 19th century was the world’s largest centre of iron production, where Nelson’s canonry and the iron railways of the world were made. Gwyn would contend, jokingly, that if Tolstoy’s Anna Karenina had been subjected to forensic examination having thrown herself under a train, they would have found ‘Made in Dowlais’ stamped on her crushed body.

More recently, another historian, Joe England, has written of Merthyr as The Crucible of Modern Wales: the place wherein the industrial revolution was forged, where the ironworks of Cyfarthfa, Dowlais, Penydarren and Plymouth employed thousands and propelled Wales into an emerging global industrial economy; Wales’s first truly industrial town, its largest town from 1801-1861 and, arguably, the catalyst for the development of what is now Wales’s capital city; not to mention being the place where Richard Trevithick developed the world’s first steam locomotive.

It was with the idea of transforming the projection of a story that is central to our history that, in October 2017, more than 60 people gathered in a cold hall at Cyfarthfa Castle, as torrential rain and gale force winds battered away outside. We were drawn from different disciplines: architects, landscape architects, planners, museum curators, industrial heritage specialists, artists and community activists. Led by the Design Commission for Wales, with input from the Welsh School of Architecture and the full backing of Merthyr Council, the session was convened as a design ‘charrette’, a familiar term in the architectural world for a process of sparking and assessing ideas.

Carole-Anne Davies and Amanda Spence, of the Design Commission, and I produced a report on the proceedings earlier this year. Happily, in June the report was accepted unanimously by the council and the early steps to realising its recommendations are now under way.

What does the report envisage? The first recommendation – and everything else flows naturally from this – is that Cyfarthfa Castle and Park and the related estate west of Taff should be recognised as a National Centre of Industrial Heritage on a scale that its historical importance merits, and as an anchor project in realising the tourist potential of the south Wales valleys. This would tie it in with the recommendations of the Valleys Task Force report and its proposals for a Valleys Regional park.

Cyfarthfa Castle itself, built by Crawshay in 1820, is in need of conservation and refurbishment, but there is also a need for new exhibition spaces that can make full use of modern display technologies to achieve a combination of high quality narrative and visual spectacle. This would likely require the creation of a new international quality building at the rear of the castle – replacing some of the now defunct school buildings that were tacked on in the 1920s. This, we thought, might require an investment of at least £50m over ten years.

Done to the right quality this would have the potential to quadruple visitor numbers. Currently Cyfarthfa Castle attracts no more than 60,000 visitor numbers annually, which compares with 257,000 at Swansea’s National Waterfront Museum and 147,000 at Big Pit National Coal Museum. In our view this is an entirely realistic objective, especially given Merthyr’s strategic location at the crossroads of the A470 and A465.

There is no shortage of themes to be explored imaginatively in such a centre. In fact, we would be spoilt for choice:

Other ideas that have emerged are as a location for the National Museum of Wales’s photographic collection or a landmark exhibition of industrial photography. Exploitation of the water resources of the site could be another attraction and an exemplar of sustainability practice.

But if such a centre were to be concerned only with Merthyr’s past it would be doing only half a job. The past must be a springboard for renewal. For instance, taking the cue from Merthyr’s history of industrial innovation, provision could also be made for a gallery dedicated to changing exhibitions of 21st innovation in art and industry that would help change public perceptions of Merthyr and the Heads of Valleys area. It would also need to reach out to higher and further education. Combinations of the above could also provide the foundation for an education centre of national importance, drawing comparisons with the Urdd’s 120-bed residential centre at the Wales Millennium Centre. Indeed, the toughest task ahead will be to choose between all these ideas.

And then there is the magnificent landscape – not only the 160-acre Cyfarthfa Park, that should be a major attraction in its own right,  but also the now open area west of the Taff, going north from the magnificent 19th century furnaces to the Cefn Coed viaduct. This has the potential to become a magnificent open area for public events. There is also the challenge of connecting the two areas either side of the river, across or perhaps adjacent to a restored Pant-y-Cafnau iron bridge. And more could be made of the banks of the Taff.

This list of remarkable assets makes it all the more perplexing that in the past some in Merthyr have seemed pessimistic, arguing that too much of the town’s industrial heritage has been lost. While that is undoubtedly true, the fact that the Titanic lies at the bottom of Atlantic ocean did not stop Belfast building a Titanic Centre – at a cost of £101m – that last year attracted nearly 850,000 visitors.

In the report we have listed a dozen other exciting industrial heritage comparators from France, Germany, Netherlands, America and Scotland. Developed in the right way Merthyr could easily stand with these on the designated European Route of Industrial Heritage, and even allow, eventually,  for the extension of Blaenavon’s world heritage status to encompass Merthyr.

Done on an ambitious scale and at high quality the benefits of the project have the potential to spread out like concentric rings, setting quality benchmarks that can influence what is done in the rest of the town; influencing, too, the quality of the marketing of industrial heritage throughout Wales and raising its status in the wider tourist offer. But on one condition – an important injunction came from one participant at the charrette: ‘Whatever you do, try to make it the best in the world.’

Is this just a pipedream? No. A small team, drawn from the Design Commission and Merthyr council, has already started on the work of creating a special purpose vehicle to steer the whole project. This we intend to be a public trust with charitable status that could not only look to the council, the Welsh Government, the Heritage Lottery Fund and major UK charitable foundations for funding, but would also be a means of bringing together the representatives of the council and community organisations as well as the best national and international expertise. It will also need the active engagement of other Welsh institutions and agencies – National Museum Wales, the National Library and CADW.

In this age of austerity there will, of course, be sceptics, but it is our belief that the timing is right. The importance of Merthyr’s story for Wales, the tourism industry’s need for bold new ideas with international appeal, the opportunities created by the city region and its proposed Metro railway, and the pressing needs of communities at the heads of the valleys combine to make this a national project – the right project at the right moment.

Geraint Talfan Davies is a former Chair of the IWA, as well as of the WNO.

One thought on “Cyfarthfa – a crucible again?”