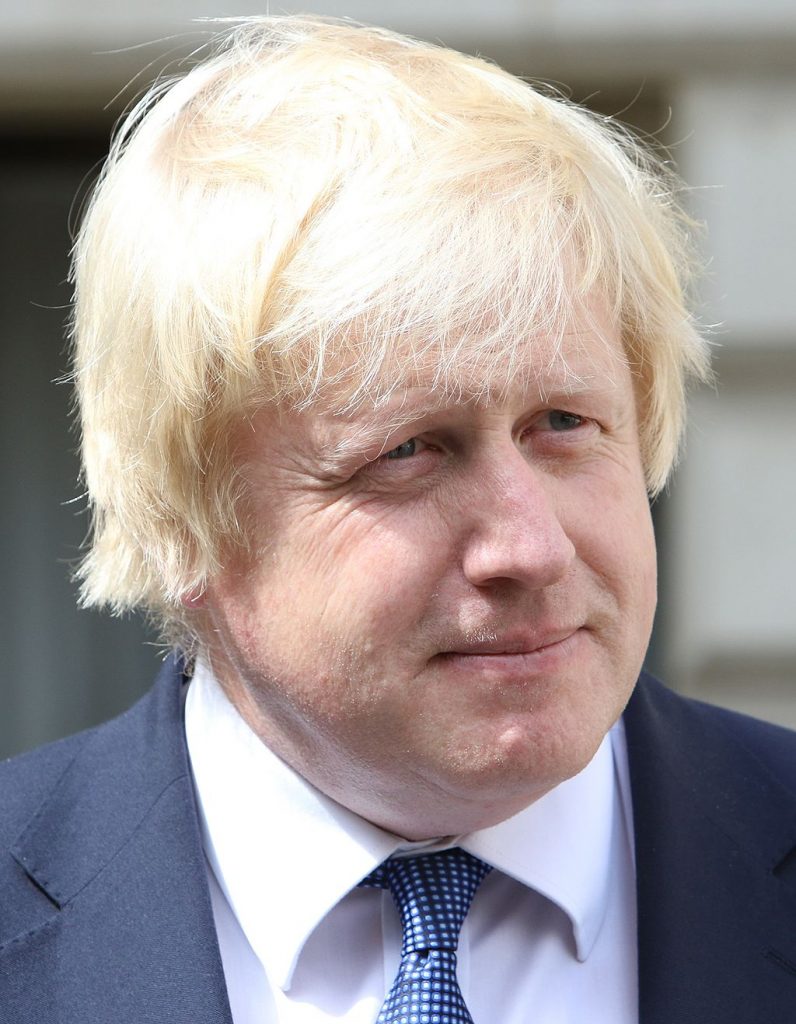 After years of speculation, Boris Johnson is now the Prime Minister of Great Britain and Northern Ireland. Many of you reading this will be despairing at such a sentence, or even delighting in it. Boris is the ultimate ‘Marmite’ politician who, whether you like it or not, will shape post-Brexit Britain.

Mr Johnson does have a strong ‘Welsh Connection’; his political career began here when he was the Conservative candidate for Clwyd South in the 1997 General election. He once said, ‘I fought Clwyd South, and Clwyd South fought back’. At this year’s Welsh Conservative conference in Llangollen (which is in the Clwyd South constituency), Boris gave an after-dinner speech in which he spoke about his fond memories of that campaign. It was almost as if his life had come full circle: he was addressing an audience of Conservative Party members not making his pitch to be their candidate, but to become the leader of the party. His ex-campaign director, Stuart Davies, also became a minor celebrity at that conference when he heckled Theresa May inquiring when she would resign.

But, will he be a good Prime Minister in Wales?

Firstly, for a Newportonian such as myself, I was encouraged to learn that he would try and persuade Mark Drakeford to reverse his decision not to go ahead with the M4 Relief Road. This is such a vital project not just for Newport, but for the whole of Wales. The M4 is almost like a vein where the life blood of the Welsh economy flows, and it is vital that the blood clot of congestion is eased. The decision is obviously devolved to the Welsh Government, but it will be absolutely right for the Prime Minister of the United Kingdom to at least suggest a re-think.

Mr Johnson has also indicated that the new UK Shared Prosperity Fund will not only replace the EU Structural Funds to the exact penny, but it will have a deep focus on the Union. To have UK Government influence over how the new fund will be spent is not something to be aghast about. The devo-purists in the Welsh Government see this as an attack on the devolution settlement. What exactly is the problem with the British Government having influence over projects being developed in the UK?  The United Kingdom must start to think as one nation again; devolution has weakened the Union despite promises that it would not. To hear that a British Prime Minister wants to use the new fund to strengthen the bonds of our country in these divided times should be uplifting.

Furthermore, Boris has committed to add ‘Minister for the Union’ to his job title, showing he does care about what he calls the ‘awesome foursome’, and with this new title comes with a new policy unit in Downing Street. This unit will assess how good or bad a policy is for the whole of the United Kingdom; this will hopefully mean there will be more carefully considered thinking about how certain policies will affect the Union.

But, probably the most important thing he will deliver for Wales is Brexit. How he steers this process will be of most concern presently: if he were to fail it could mean the Tory brand is tarnished for a generation. The 1997 result, as Boris saw first-hand in Wales, would be small fry if Brexit was in any way stopped.

There are tremendous opportunities for Wales outside the European Union, not least the ability to harness new markets, along with deepening our bonds with parts of the world which we have neglected while we have been so Eurocentric. Boris is in his heart an internationalist who doesn’t see Brexit as something which closes Britain off to the world, as the previous Prime Minister seemed to indicate. He has a Churchillian view of Europe, like his hero who described that, ‘We are with Europe, but not of it.’ This is the thinking we need.  Not the hostility to the EU project, like Farage who wants to tear it up, but respect for that vision of Europe – but not wishing the UK to be subject to it.

There are rare instances, such as Brexit, where a government can lead a process of national renewal. Mr Johnson will lead this renewal knowing the United Kingdom as a whole must benefit, including Wales.  The consequences would be just too damaging if those ‘forgotten communities’ were let down again. Some politicians in Wales fear the new trading opportunities for Wales could lead to cheap New Zealand lamb wiping out our farmers. I say to them that they are woefully underestimating Welsh lamb as a competitive product. It is renowned for its top quality, and in a world where quality is increasing trumping price, I think it can rise to the challenge.  I would also assume that the same people who are concerned about this, would also be critical of the EU-New Zealand trade deal which is currently being negotiated. As we can see with the EU trade deal with MERCOSUR, Irish beef farmers believe they have been thrown under a bus since it allows cheap Argentinian beef to enter in greater quantities into the EU internal market. Leo Varadkar has conceded that he has very little power to stop this, so the idea that the EU’s customs union and trade policy will somehow defend our farmers is not so.

Boris won’t be a perfect Prime Minister; he will make mistakes like they all do. I can’t tell you everything he will do for Wales, like I can’t tell you what he will do for Cumbria. More specific policies will come and even the most pessimistic may be surprised. A Johnson premiership isn’t something that should be written off in Wales, it is a new chapter in this era of change for our country.