People are relying on the media more than ever. Stephen Cushion asks if the old ways are dying?

As COVID-19 spreads globally, so has misinformation about how to counter it.

From politicians downplaying the risk it poses to public health to journalists tweeting false claims about who can be infected, reporting the coronavirus reminds us of the importance of accurate and impartial journalism.

In the UK, broadcasters have generally been cautious in their coverage of the global pandemic. We have seen more health experts appear on breakfast sofas and news bulletins, explaining the science behind the COVID-19 and offering practical advice about how to minimise catching the virus and avoiding ways of spreading it.

The “your questions answered” feature of broadcast news has become a more prominent part of coverage, with journalists directly responding to their audiences fears and anxieties, rather than the traditional top-down approach. Fact checking has also come to the fore, with the BBC’s Reality Check and Channel 4’s Fact Check almost exclusively focused on challenging the many dubious claims circulating online.

TV news audiences have spiked as people turn to trusted sources of information. According to Channel 4’s news editor, Ben de Pear, its audience size doubled over the last week.

Similarly, according to the BBC news press office, its audiences for broadcast and online output has significantly increased.

For UK broadcasters, reporting the government’s comparative approach to combating the spread of COVID-19 is a difficult balancing act. The government’s response, while developing on an almost daily basis, remains less stringent than many other countries which have imposed strict lockdowns and closed pubs, restaurants and places of public gathering.

To what extent should broadcasters be questioning this strategy? How far should they be accepting what the government’s medical and scientific advisers are saying, while challenging them and presenting alternative expert voices – for example representatives of the World Health Organization – who may be recommending a different response?

When it comes to questioning the government’s strategy, editors will need to make difficult judgements about which expert voices they include – and exclude – given how closely people are following the news to find out what advice to follow.

In order to maintain the public’s trust in official health guidance and information, broadcasters could stop the use of “anonymous government sources”. So, for example, on March 14 ITV’s political editor, Robert Peston, broke a story via his blog about people over 70 being quarantined for four months in “wartime-style mobilisation to combat coronavirus”. It was leaked just in time to make the Sunday newspapers, but was not announced by the prime minister or one of his scientific experts but an anonymous “senior government source”. 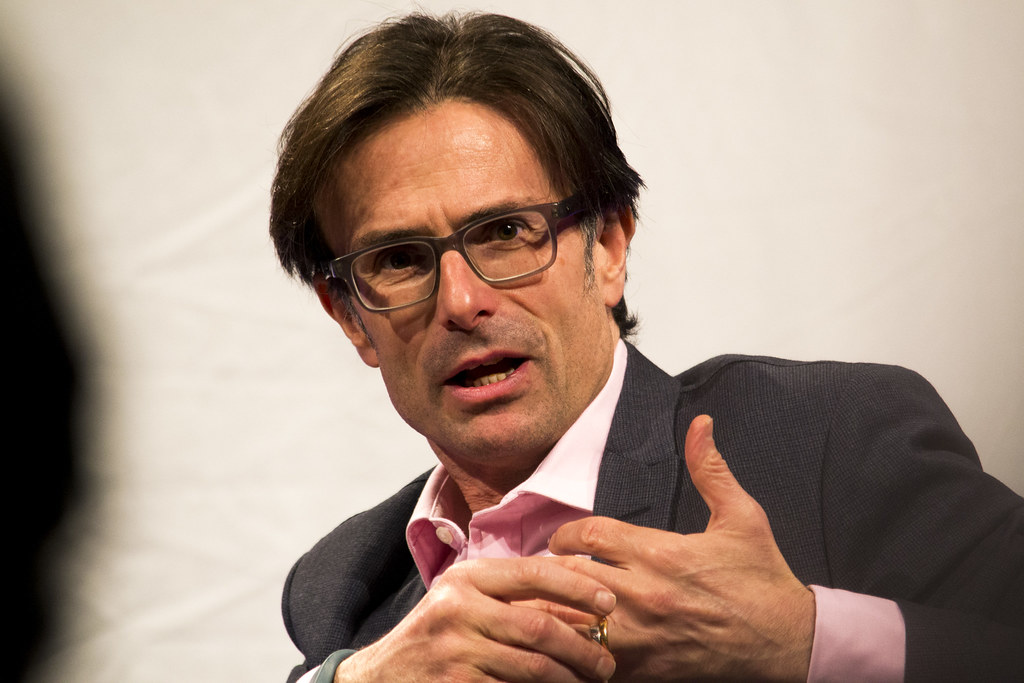 Given the significant alarm this caused for millions of people, Peston should have sacrificed his “scoop” for the greater good of asking the government to accurately put this key development on the public record. The political practice of using “sources” to deliver briefings to key journalists is nothing new – it’s been going on for many years and is known in the industry as “kite-flying”.

By briefing journalists anonymously, it opens up a space for the policy to be debated while also allowing government ministers to distance themselves from it under journalistic questioning or public pressure. But during a major health emergency of this kind, where public trust is so important, it looks deeply irresponsible.

Now more than ever, journalists and broadcasters could take a stand and resist these private briefings for the sake of clearer and more accurate government information.

It didn’t help that when the UK’s health secretary, Matthew Hancock, wrote an article for the Daily Telegraph about the government’s response to COVID-19, the newspaper published it behind a paywall where only subscribers could see it. By contrast, the Washington Post – which usually adheres to a strict paywall – made its analysis of the spread of the virus freely available. To be fair to the Telegraph, it later made Hancock’s article generally available – but only after criticism on social media.

This matters because if only people motivated enough to subscribe to a newspaper access vital health information, it risks alienating huge swaths of the population who also need to understand what government decisions are made and the reasoning behind them. The government’s media strategists need to be aware of that and prioritise media platforms available to the whole country.

The government’s decision to hold daily press conferences represents a more transparent way of keeping the public informed of the latest developments and its decision making. The press conferences will feature the prime minister or his senior ministers. Chief medical adviser Chris Whitty, and Patrick Vallance, the chief scientific adviser, will also “routinely” attend the briefings.

It remains to be seen how far the UK population will trust and follow the government’s guidance. While one poll found the majority of people trusted the advice and guidance about COVID-19 from the government’s chief medical officer and the director general of the World Health Organization, just over a third of people extended the same level of trust to the prime minister and health secretary. Of course, faith in the government’s advisers may change as the nation compares the UK’s response to other countries.

As the public’s most trusted source of news in the UK, broadcasters will play a critical role in both conveying and questioning the government’s strategy of dealing with the coronavirus. This is a major test of broadcasting’s public service role – to impartially report the facts, while robustly holding the government to account.

Photo by Bank Phrom on Unsplash

This article was originally published on The Conversation