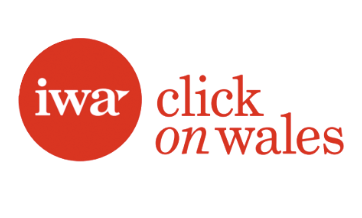 We have a vital voice in Wales’s public sphere – but this is why it needs to change, writes Auriol Miller.

After having been at the forefront of the IWA’s online presence for over a decade, we have decided that after over three thousand articles by close to a thousand different authors, it’s time for clickonwales to go.

For those of you who have written for, read, commented on, shared and supported clickonwales over the years this decision to forge this new path may come as a surprise. It was a decision that we didn’t take lightly.

We think this next stage in its evolution will keep click’s best qualities: its ability to host opinion from across the political spectrum, its egalitarianism, its prestige. Now it’s time to include an even wider range of voices and offer even more opportunities to listen to unheard writers. We’re excited for this new chapter.

It’s an interesting gig, running a think tank, especially when it’s independent and non politically aligned. The IWA is also a membership organisation with a pretty broad remit: to Make Wales Better.

Like many small charities and businesses (we are both), there are a fair few balls to juggle, and always someone who thinks you should be doing some part of your portfolio differently – generally as it used to be done – or focussing on their own particular area of interest.

I came to this role nearly three and a half years ago and was struck by two things: the heft, intellectual weight and reach of the organisation in certain circles, but also by how many people and organisations that I would have expected to know about us, simply didn’t. Or had a pretty outdated idea of what we actually do. And why.

Like many incoming directors, I set about working with our board, membership and partners to sharpen our strategy and increase our impact and it became obvious fairly quickly that one of our key assets was our ability to bring people together across divides – whether institutional (public, private, third sector, academia, community groups and so forth) as well as policy/sectoral ones.

Our ability to step back and see the bigger picture is a luxury that not many organisations can allow themselves, concentrated as they are on the immediate priorities of delivering services to people across the country, for example, in these continuously straitened times. It’s a privilege we cherish.

Changing how we work

So here’s what we think.

We think policy discussions need to happen in a much more joined-up way. It is a truism that sometimes they can be quite narrow, held within the bounds of a sector because people simply don’t know how to include others, or what it takes to do it well, or why the discussion might matter to others.

They may not know who might want to join in, or be interested in hearing those who are literally banging on the door to be let in, perceiving it to be well and truly shut in their face. We constantly ask ourselves who else needs to be in this discussion, who else needs to take part in this particular public conversation about what matters and why – and how can we enable different voices to be heard and listened to?

We’ve done this incrementally. For instance, in 2017 we started monitoring the gender split of who was writing for our platforms for debate– the welsh agenda magazine and its online sister click on wales – and we actively started seeking out more women. We now monitor the political affiliations of who writes for us, if they are known formally or informally, and try to balance these as much as possible over time.

It’s obvious that there’s no point saying you are politically independent if you don’t actively work to make that the case, and if people don’t perceive you as such. Which is why we openly advertised our new Board positions a couple of years ago, for example seeking out people who were right of the political centre as well as those with particular skills and expertise we wanted to learn from.

And it’s why this spring we will be actively seeking people with lived experience of race or migration (and no I don’t only mean refugee or asylum-related issues) to join our Board, to help challenge and support us over the coming years, learning from our colleagues at EYST as to what works and what doesn’t.

Much has already been written about the various bubbles in which we all live, personal, professional and social media-wise, depending on where you are, what you do, what your politics are and so on. Counteracting that takes time, relentless energy and a mindful awareness of yourself, your organisation and the context in which you operate.

And for an organisation that is Cardiff-based but working on national level policy change, with no government funding (we’re independent, remember), we try hard to include people and perspectives from around the country in all our project work but we haven’t always shouted about it as loudly as we might have.

We have concentrated on doing it nonetheless because we think that it matters. Broadening our platforms’ editorial group to include people from around the country is just one example, among many. With the revamp of our website we are again reaching out and looking for people who want to make a contribution. Do you know someone who’s always got interesting stuff to say? Please encourage them to get in touch.

We know that Wales has changed, is changing now, and will change in the future. We want the space that we hold in both our online and print publications to be a place where people of all ages, walks of life, political affiliations and backgrounds can feel welcome and included in the conversation about what matters to them.

And this space includes opportunities for first-timers hesitantly or confidently putting their thoughts out there, as well as long-termers well used to writing for publication. We want to use our platforms wisely and play our own role in bridging some of the divides perpetuated or exacerbated by recent political events. Public discourse can be both robust and respectful, even if we disagree.

Our own three research and policy themes are focussed on bright ideas to transform Wales.  What makes a strong, confident democracy? What do high-performing, responsive public services look like? What are the elements of a successful, clean, green and fair economy in Wales?

Our role is in brokering new discussions with unusual partners and not just the usual suspects, finding new ways of looking at some of the long term issues we all face, and finding new ways to articulate potential solutions to them. We want to get our ideas into the bloodstreams not just of the political parties, but into the mainstream of everyone’s thinking. Common sense has a lot going for it.

This is why it’s not just about clicking on Wales anymore. We want your help to tell a different story of Wales. In fact, to tell stories: of the many experiences of Wales, across our communities, towns and cities.

This is not simply a website makeover or a cosmetic ‘rebranding’; it’s about listening to new voices more attentively. About paying attention to the people and places around us, hearing their challenges and celebrating their efforts to address them.

It’s about listening to people’s stories now, and sharing what they want their stories to be in the future, accompanying them on the journey of bringing that to life.  Yes of course it’s about politics too – helping people understand how it works and why it matters so much – and it’s also about policy – whether practical and patient or bold and brilliant, or indeed all of that.

It’s about how we build a better Wales, together. It’s also about culture, because one of the things we value most in a country is its culture, the unique mix that makes it Wales rather than anywhere else. This old, new, green, creative country that we live in and love.

Auriol Miller is Director of the Institute of Welsh Affairs.