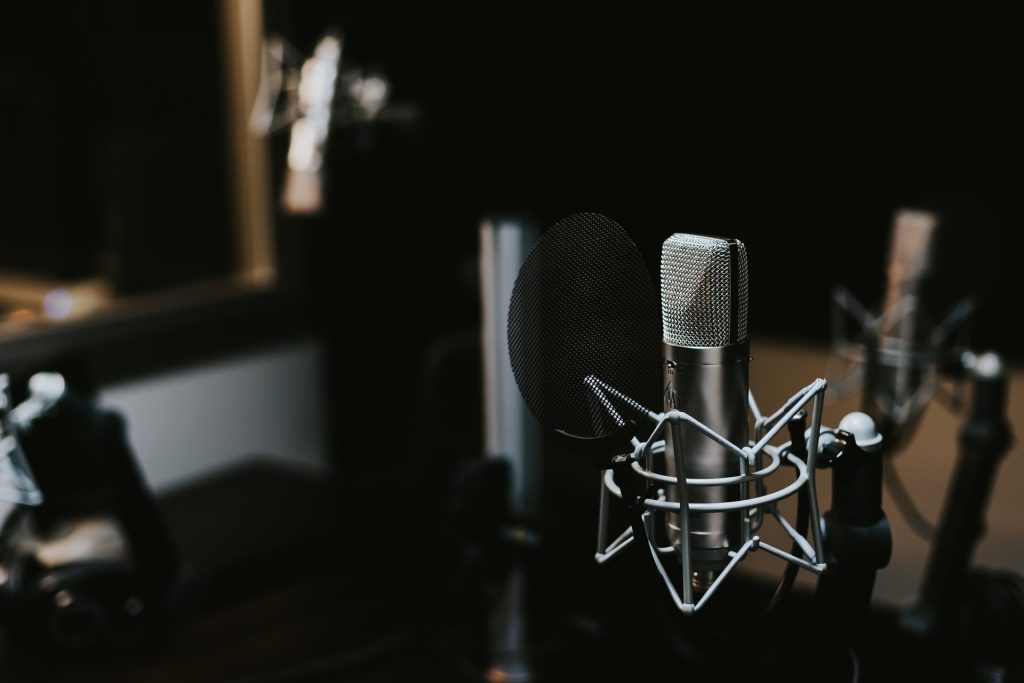 Steve Johnson and Paul Atkins analyse the impact of the pandemic on community radio stations in Wales and the critical role it has played in addressing local needs.

The IWA’s 2020 Media Audit will be published in late November.

Like many other areas of the creative industries in Wales, the community radio sector has faced a number of significant and unforeseen challenges as a result of the Covid-19 pandemic.

Speaking with our colleagues across the sector we have been enormously impressed by how the sector has come together and provided a vital lifeline for their communities.  This in a period of unprecedented change, both in terms of declining advertising revenues and the technical challenges faced by the lockdown, is a testament to the passion and dedication of volunteers across the country.

The UK’s community radio sector has risen to the challenges that the Covid-19 pandemic has presented. The hugely impressive nature of that response has certainly been exemplified by stations in Wales. Citing understandable safety concerns, many local newspapers and magazines were initially unable to get out physical publications to their respective patches.

In these early days, community radio was part of the glue that delivered vital information and kept communities informed and up-to-date with advice and guidance from both the Welsh Government and local authorities.

Volunteers jumped into the breach, adjusting to the new normal of broadcasting from home and helping out in their local communities. Welsh community radio stations delivered thousands of hours of volunteer time, working from home on personal laptops etc, enabling direct connection with the powers that be, putting questions to local councillors and government ministers, including the First Minister.

From the start, the sector took a very different approach, instead of relying on journalists to ask formal questions at the daily briefings, community radio stations often gave members of the public a direct line to ask ministers questions. Here we saw the value of community radio as a facilitator of democratic participation, enhancing plurality and providing an important platform for alternative voices.

“As we move to more localised lockdowns, the role of local media in communicating vital information to affected communities is going to be even more important.”

Localised outbreaks in Wales were covered especially well, for example, Mon FM interviewed the First Minister at the time of the Two Sisters outbreak and generated more than 1300 listens in the first two days. Often, these stations moved beyond merely reporting the facts on the ground and functioned as important civic institutions, delivering direct support to their communities and raising money for good causes.

The role of community stations in providing high-quality news content is often overlooked. Community radio is often seen as a platform for providing music and light entertainment. Even those who work in the news business, tend to play down its role in providing local journalism.

Increasingly, as local commercial stations merge and local newspapers shut, the sector is filling in the gap – importantly, this includes not just the work they do on-air, but also their websites and social media channels. In many areas across the UK, these websites provide a valued, politically neutral space in which to discuss local matters, in addition to the main radio service.

It has long been acknowledged that Wales suffers from a serious democratic deficit when it comes to coverage of important areas of devolved policy such as education, health and economic development. Stephen Cushion and Roger Awan-Scully’s work has pointed to the way in which the Westminster-centric perspective of the British media impacts on election-coverage of devolved issues.

The Covid-19 lockdown has brought these issues into even sharper focus. More than ever it is important that the public understands how devolution leads to a divergence in approach across a wide range of areas of public policy.

Anecdotally, in conversations with community radio managers and volunteers, it seems one positive outcome of the pandemic has been to significantly raise awareness of the role of the Welsh Government and the Senedd amongst listeners.  Going forward, as we move to more localised lockdowns, the role of local media in communicating vital information to affected communities is going to be even more important.

In Wales, the community radio sector plays a unique role in serving local (and hyper-local) communities. Whilst we acknowledge the importance of BBC Radio Cymru and Radio Wales in serving Wales as a whole, the lack of local-tier PSBs of the sort found in the English regions, makes the case for supporting community radio in Wales even more persuasive.

At this stage, we should acknowledge some of the good work done by the local commercial radio stations, however, given the ongoing deregulation of the sector at a UK level, the overall trend is towards commercial stations becoming less-and-less local in their perspective.

“Many stations feel as if they are falling through the cracks of Welsh Government provision.”

In recent years we have seen commercial stations increasingly moving to centralise production and decrease the number of hours produced locally. This has a particularly detrimental impact on rural communities, with larger towns and cities often been chosen as centralised production hubs. This was an issue acknowledged by the Senedd’s Culture, Welsh Language and Communications Committee’s inquiry into the radio sector in Wales.

As previously mentioned, with many local newspapers unable to deliver to their patch, community radio stations have become one of the few providers of local news in some areas. This information deficit is further compounded by the demography of Wales and its ageing population.

In some cases, this has led to country’s most isolated and vulnerable citizens being unable to access local news which is increasingly served through digital platforms – here community radio has become a vital lifeline and something we should passionately support.

Falling Through the Cracks

Our ongoing research into the impact of Covid-19 on the community radio sector, suggests that many stations feel as if they are falling through the cracks of Welsh Government provision. As not-for-profit, volunteer-led organisations, community radio stations rely on a mixture of advertising revenue, grant funding and donations to stay afloat.

“Some… stations are ineligible for financial support as their work does not ‘provide or sustain crucial services’.”

The lockdown in March led to many advertisers cancelling or suspending their campaigns, a key revenue stream for local stations. This has been made worse by the technical challenges involved with moving out of studio facilities and to remote production. This has all involved significant investment in often expensive equipment, just to stay on air.

As anyone who has worked in the voluntary sector understands, grant funding is often difficult to access at the best of times.  There are several funding pots geared towards funding wages, capital expenditure and special projects, however, few funders are willing to support the running costs associated with operating a station, including licensing, utilities and rent – when community stations close down, it often because they are unable to raise these relatively paltry amounts. This is a particular issue in poorer, economically-deprived areas where local advertising is difficult to come by.

Ofcom’s dedicated Community Radio Fund is highly competitive with a relatively meagre £430,448 shared between more than 300 community stations on-air across the UK. In the 2019/20 funding round not a single Welsh station was allocated funding. This has not been the case in subsequent rounds, but it does illustrate how difficult it can be to access these funds.

In his recent letter to the Welsh Community Radio Network, responding to the concerns raised by community stations, the Culture Minister, Dafydd Elis-Thomas re-iterated the current package of support available to stations.

However, despite being referred to various support schemes, some station managers we have spoken to have been told that their specific stations are ineligible for financial support as their work does not ‘provide or sustain crucial services’ or ‘ensure the safety of vulnerable communities’.

Whilst most would understand the need to prioritise key services such as food banks and organisations working to keep people safe, this does leave the sector in a precarious position.

The sector acknowledges that there are many things it could do to work more efficiently and share resources; however, we argue that given its impact and importance to the local media eco-system, the Welsh and UK Government has a role in supporting the sector, particularly in this very difficult period.

The Community Radio Association’s Rebuild with Community Radio campaign has done a lot to pinpoint specific interventions which would go some way to alleviating the current issues. For example, there is a strong case for business rate and tax relief for all Ofcom licensed community stations.

At the moment this is patchy, given the various ways in which stations in the sector are constituted – charities, community interest companies and companies limited by guarantee are all treated differently for tax purposes.

An increase in the Community Radio Fund, either from the UK Government or topped up by the Welsh Government is urgently needed, especially given the steady competition for the existing fund. It is also important that the costs incurred from the significant capital expenses required to remain on-air can be recouped so that the sector (already struggling to make ends meet) does not fall any further into financial difficultly.

Community radio is excellent value for money, with very few overheads, small interventions from local, Welsh and UK government could have a big impact in ensuring the sector remains sustainable throughout the pandemic and beyond.

The pandemic has demonstrated the need to develop resilience across the sector. Community radio stations in Wales are currently coming together to develop a pan-Wales network, WCRN Cymru (Welsh Community Radio Network) enabling the sector to speak with one clear voice. This will effectively function as a Community Media Association (CMA) for Wales.

Whilst these stations represent a myriad of locations with differing issues, demographics and programme content, they have an enormous amount in common. As Kevin Howley suggests, it’s important that stations seek to articulate connections with other agencies, including each other.  This ‘coming together’ strengthens the sustainability of individual stations and empowers community radio as an entity, enabling the continued delivery of social gain for Wales.

We should not forget that volunteering in this sector goes way beyond on-air activities – volunteers are involved in every aspect of the station’s activities from education and training, advertising and marketing, event promotion, all the way through to the mundane day-to-day activities of running the station itself. There is a lot of expertise and experience worth sharing here.

There continues to be a lack of awareness regarding the unique value of community radio and the particular challenges that is faces. As such we are currently in the process of collaborating with community stations across Wales to capture data around the ongoing social, cultural and journalistic impact of the community radio sector for Wales – a significant part of this research will involve shining a light on the important work done by community radio stations during this pandemic.

Photo by Jonathan Velasquez on Unsplash

Paul Atkins is a lecturer in the School of Business, Tourism and Creative Industries at University College Birmingham teaching creative media, marketing and communications.  His research focuses on the radio sector in Wales.
Steve Johnson is a senior lecturer, focusing on community radio and broadcast media at the University of South Wales. He is currently working to establish the Welsh Community Radio Network (WCRN) with stations across the country.