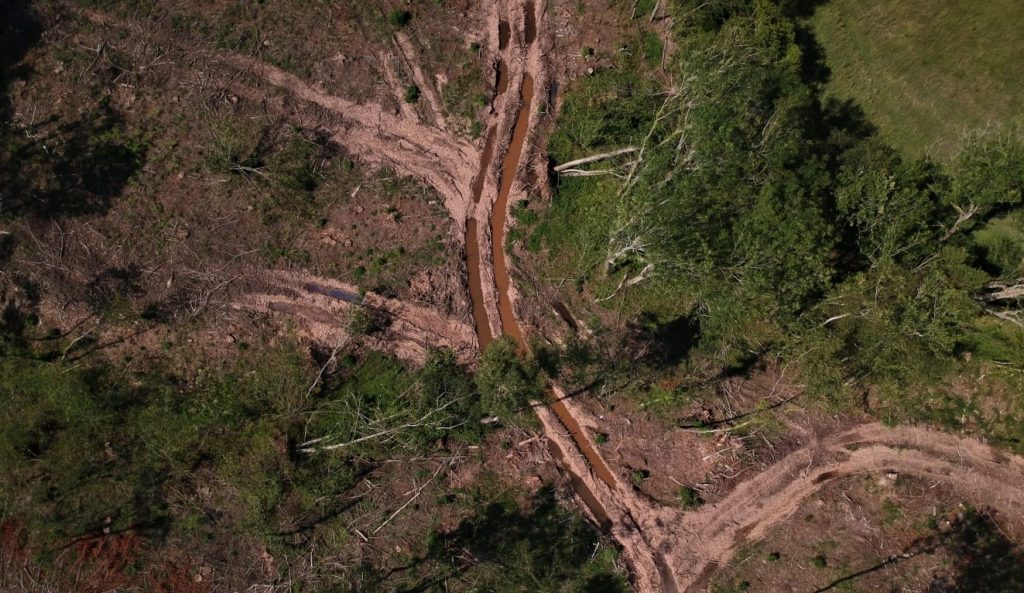 Professor Gareth Wyn Jones asks how actions at a Welsh level can offset global emissions and rise up to the challenge of climate change.

While, as discussed in Avoiding a historic ‘cop’ out, climate change is a huge global challenge, it is one that must be tackled locally as well as internationally.

What therefore is our situation in Wales? Unfortunately despite many fine words and high-blown aspirations, exemplified by the 2015 Future Generation Act, and in 2019 declaring a ‘climate emergency’, our responses to the growing pressures to drastically cut our greenhouse gas emissions have been desultory.

Much of the decline observed since Kyoto 1997 has been due to deindustrialization with the loss of energy-intensive industries such as steel, coal- and oil-burning power stations and aluminium smelting. These events have decreased emissions from the territory of Wales (production-based emissions) but not necessarily emissions arising from our lives as the people living in Wales.  Likely the carbon embedded in all the goods we now import, often from China, and in imported food (consumption-based emissions) has increased over this period. To complicate matters further we in Wales are substantial exporters of energy as electricity to other UK nations, and at times to Europe.

‘Wales needs to cut emissions substantially to reach the world average value, by much, much more to approach any “fair” global share by 2030 or 2040.

In general we still drive our cars, vans and trucks fuelled by diesel and petrol, too often live in poorly insulated homes often heated with gas or oil and fly off to the sun for our holidays; pre-Covid at least. In truth, too little has changed in over 20 years. The better news is that our electricity supply, although currently a relatively small proportion of our energy and carbon footprints, has become less carbon-intensive as renewable sources have come on stream.

It appears that over 100TWh of energy, in all forms, are generated in Wales each year; this includes an estimated 30TWh of electricity but about 15TWh of this exported to the rest of the UK. (a tetra watt[T] is a million million watts). So the total energy use in Wales is about 90 TWh of which about 15TWh is as electricity. Of this about ~7.4 TWh come from renewable sources. Thus of the total energy use (around 9OTWh) only a small % comes currently from renewable sources or putting it,  of  the some ~15TWh of electricity used about half our electricity  comes from low carbon sources. The rest of energy use sectors are divided between space heating (~30TWh), transport (22TWh) and commercial and industrial use (32TWh) including the growing demands of information processing and a contribution from agriculture land use (2TWh).

Wales’ green house gas [GHG] emissions equate to ~40 Mt CO2e per year to which electricity generation contributes some – [11Mt], business –[8Mt], transport [6Mt] and agriculture [5Mt]. However these numbers should, perhaps, be modified to differentiate ‘consumption emission’ and ‘production emissions’ and set at about 35Mt.

Taking Wales’ population to be ~3.2 million, these figures roughly equate to +11 tonnes per head, compared with the world average ~ 6.5 tonnes per head.

Wales therefore needs to cut emissions substantially to reach the world average value, by much, much more to approach any “fair” global share by 2030 or 2040; and by still more to reach the net zero carbon by 2050 which is our formal target.

It is a formidable challenge and time is very short.

Taking the IPCC figures, post 2020 humanity can globally only emit some 400 billion tonnes more of CO2 before breaching a 67% chance of staying within the I.5oC threshold set in Paris in 2016 and ~1035 Bt within the 2oC threshold (see ‘Avoiding a historic “COP” out”).  As the global population is approaching 8 billion, this means there remain  ~50 tonnes per person (for 1.5oC target) or about 130t per person (for 2oC target). Since our Welsh footprint is about 10t per person per year and nearly 2 years have already past since January 2020, strictly on pro rata basis, we will have passed our legitimate contribution to remain within the 1.5oC target by 2025/26 and, without massive changes, the 2oC target in the early 2030s.

Firstly, it needs to be stressed this situation is not unique to Wales and similar calculations for, say, Australia or the USA would be even more dramatic. Secondly most political leaders in the advanced, richer countries, especially if committed to laissez faire capitalism, will resist such per head calculations and appeal to some form of national exceptionalism. In this they will likely enjoy the support of their populace but, of course, the leaders of the poorer countries are fully aware of the situation. Thirdly and more positively, in many areas the technologies are available to make drastic emissions cuts.

‘The Welsh people must realise what is at stake and embrace the change to a low carbon lifestyle, but will they be seduced by the siren voices of the deniers and purveyors of conspiracy theories?

Renewable low carbon electricity is commercially competitive although not without its environmental impacts. Green H2 technologies are developing rapidly. Electrifying transport would cut sectoral emissions by about two-thirds. We know, indeed have known for some time, how to build zero carbon homes etc. etc.  In most cases the pressure is to electrify the systems and fulfil this addition demand from low carbon renewable or possibly nuclear sources, as well as some low carbon heat, likely as H2.  Given that many of the newer technologies are intrinsically more energy efficient e.g. EV cars x3 more efficient in kms per kWh than petrol cars and air and ground source heat pumps v  gas central heating, then the total energy demand should fall but the % of that which is from electricity will rise. A rough estimate suggests the demand for low carbon electricity rising from the current ~7.4TWh (as discussed) to at least 35TWh!!

But it’s also a race against time and unfortunately there are many with a vested interest in slowing progress. Money must be invested but by whom? Government must be committed, but how will it also juggle priorities? The Welsh people must realise what is at stake and embrace the change to a low carbon lifestyle, but will they be seduced by the siren voices of the deniers and purveyors of conspiracy theories?

After years of prevarication the Welsh Government now seems determined to act. Whether this is true of Boris Johnson’s regime in London is moot and it is London that controls the purse. The Welsh Government’s limited authority over the Distribution Network Operators and Ofgem and over Crown Lands and the London government’s policy to roll-back devolution may create more difficulties. But, crucially, are the populace well informed and up for the challenge, for the sake of their children and the rest of humanity? I am not sure!

Without  going into any detail at this time, the technical challenge can be summed up as: how can people, specifically Welsh people, save energy while living full and satisfying lives. In Wales this implies reducing our total demand to about 45 TWh per year and meeting this, which will be about 30TWh as electricity and the rest as heat, from various low carbon sources including green hydrogen.  But while it is a technological issue I don’t believe technology will suffice: it’s about our social, political and ethical values.

Can it be done? Yes! Can it be done to avoid  +1.5oC in mean global temperature? Highly improbable!! And to avoid +2oC? Just possible!!!

Will it be done? – the billion dollar question.

Photo by Callum Blacoe on Unsplash