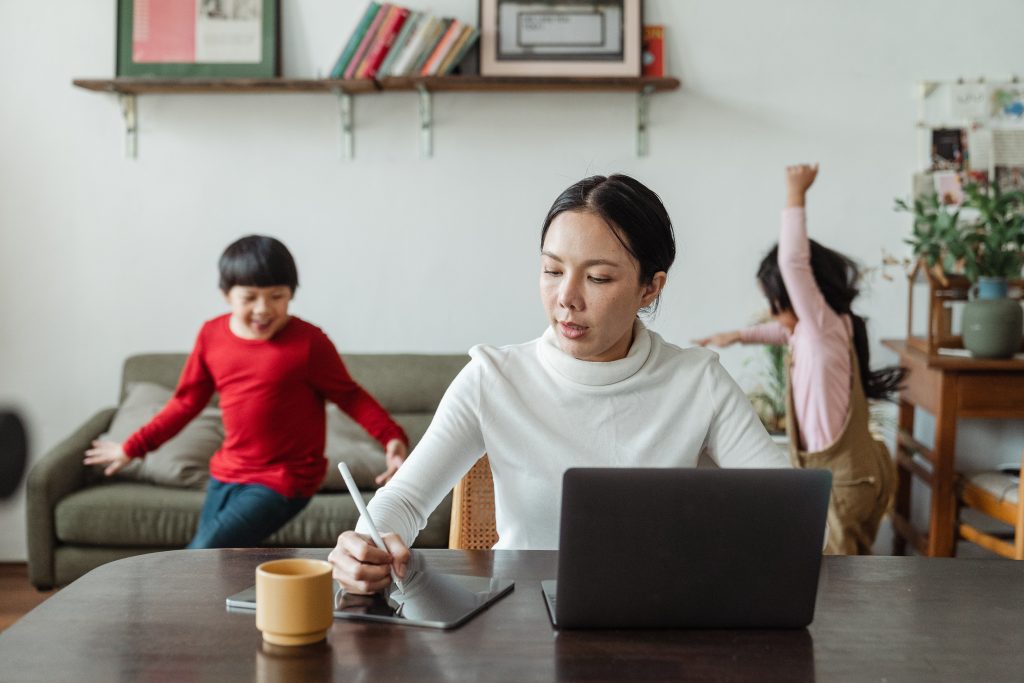 If you want to eliminate poverty, start by looking at childcare, Head of Oxfam Cymru Sarah Rees argues.

Motherhood can be an absolute blessing and joy, if you discount the Spring Equinox scuppering a Mothering Sunday lie-in.

Yet in a Wales where the highest value is placed on paid work outside of the home, women carry heavy and unequal responsibilities in caring for children, resulting in longer term inequalities, financial penalties and often poverty.

In Wales 73% of children in households where no-one is in paid employment (classed as ‘workless households) live in poverty. Paid employment is clearly a route out of poverty, yet it isn’t easy when it comes to childcare.

The motherhood penalty, a term coined by sociologists, describes the disadvantages women face in the workplace when they have children. It explains why the gender pay gap could be better characterised as the motherhood pay gap.

When we compare the wages of men and women, working in similar sectors, both working full-time, the pay gap is negligible. Studies show that women’s wages fall when they have their first child, a downward trend after each child she has. The TUC estimates that full-time working dads earn 20% more than childless men, whilst full-time working mums’ wages fall by an average of 11% compared to colleagues without children.

Societal expectation and UK parental leave legislation places the burden of care on women, meaning we are more likely to take time out of the workplace or work part-time because of these care responsibilities. The average hourly rate for part time work is £9.36 compared with £14.31 for full time work (‘Gender Pay Gap in the UK: 2018’, Office for National Statistics, 25 October 2018).

According to Chwarae Teg’s recent State of the Nation, women are four times more likely to cite looking after family or home as the reason for being ‘economically inactive’.

The long-term impact of this income inequality hits pensions, with recent research showing that the difference between men and women’s pensions is more than double the size of the gender pay gap. With the average weekly childcare cost averaging somewhere between £200 to £250 per week compared to the median part-time £215 per week, pensions are simply out of the equation.

In her book, The Motherhood Penalty, campaigner Joeli Brearley offers tongue-in-cheek advice to expectant mothers to ask their partner to split their pension contributions, rather than face potential pension poverty.

Oxfam Cymru’s goal is to see those undertaking care being valued fairly and claiming their rights in an economy that works for everyone. Better childcare should not focus solely on getting women into work, but rather valuing the work that women do.

Selma James founded the International Wages for Housework campaign (later becoming the Global Women’s Strike), on the premise that women’s work is central to the functioning of our society. The campaign popularised the ILO figure that ‘women do two thirds of the world’s work for 5 percent of the income’.

In Oxfam we challenge the inequalities that keep people in poverty. Society relies on families and homes being looked after; without this our economy wouldn’t function. Yet the time to do this results in women taking part-time or informal employment with fewer benefits and social protections.

At the Welsh Government Cost of Living Summit, Shavanah Taj, General Secretary of Wales TUC, raised the fact that 34% of workers in Wales are in insecure work, with black and minority ethnic women twice as likely to be on zero hours contracts than men.

Putting collaboration at the heart of everything we do, Oxfam Cymru is joining forces with organisations including WEN Wales and Carers Wales to demand change. A Care Coalition for Wales will bring together their years of hard work and expertise to push for fundamental rights for carers, as part of an economy that works for our people and our planet.

The current Childcare Offer for Wales provides working parents with subsidised childcare for children aged between 3 and 5 years old. Made up of two components, often in two different settings, the offer is confusing for parents. With long waiting lists and expensive upfront deposits for payments, it will come as no surprise that the Offer has supported just 2% of parents to re-enter the workforce.

Whilst providing a welcome increase in take home pay for many families, there are still a vast number of eligible parents who are not accessing the current childcare offer. Glimmers of hope lay in the Cooperation Agreement commitment to providing childcare for children from the age of two and discussions on changes to the six-week summer holiday that can be an impossible juggling act for working parents.

The commitment from the Welsh Government supported by the Agreement with Plaid Cymru clearly shows ambitions for childcare. Incremental steps like the inclusion of support for two-year-olds are intended to take us to the desired position whilst building capacity of infrastructure and staffing. What they won’t do is provide support for those families currently facing grinding poverty.

Undertaking an urgent review of the current childcare system in Wales could deliver a path to a world-leading model worthy of the same praise as the revered ‘Nordic model’ as well as providing a lifeline to many low-income families who are without hope following the Spring Budget Statement.

Without the control of social security, and inflation set to rise, life for the poorest families will only get harder. Wales must use every lever of power it has to build an economy with the wellbeing of everyone at its centre. Providing childcare accessible for every child in Wales to have the best start in life and every family to live free from poverty is just the gift I would like this Mothering Sunday. I’m sure others would agree.

Photo by Ketut Subiyanto from Pexels