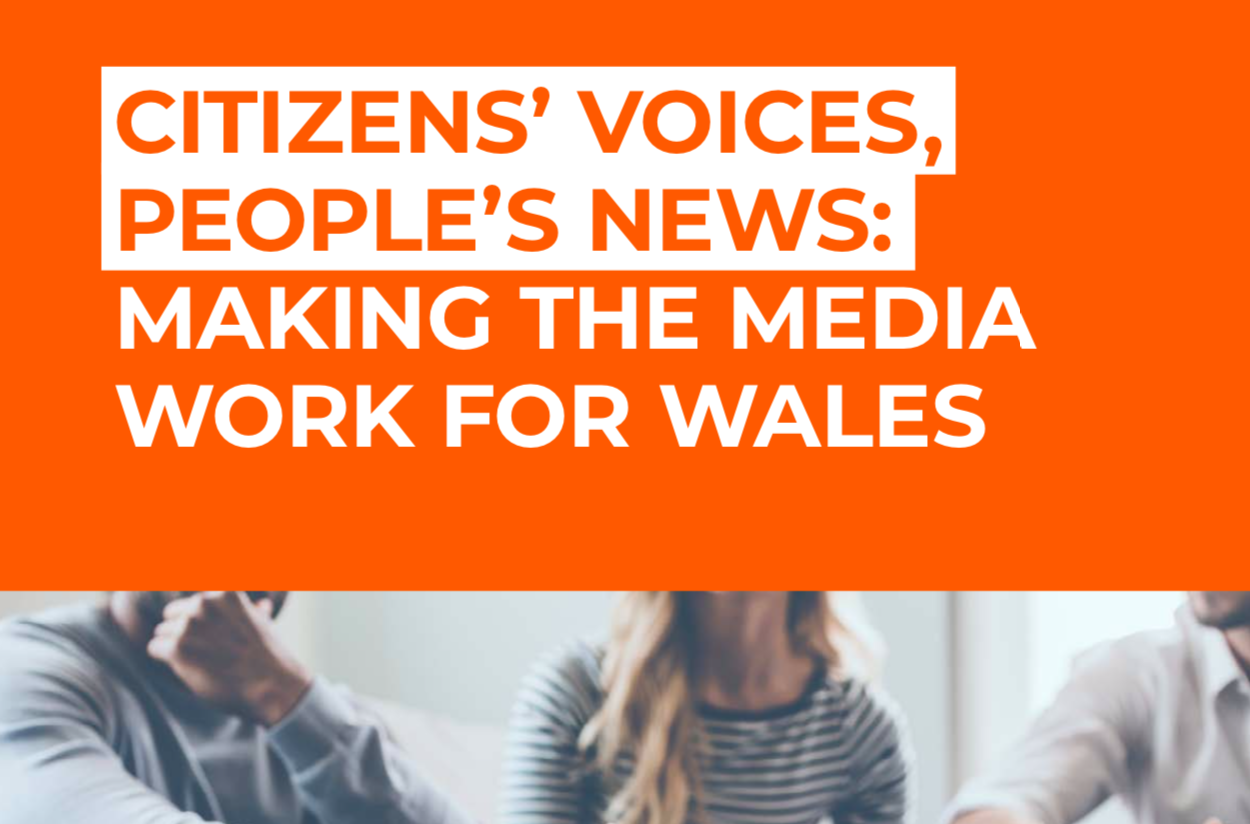 With fewer than 1,000 journalists currently employed in Wales, the Welsh media landscape cannot and does not serve the interests of people in Wales adequately – but there is hope.

Wales’ media faces a crisis: funding cuts, the closure of news services, threats to public service broadcasting and fewer opportunities for journalists to work in Wales have for some years been the signs of a democracy with a diminishing public square.

In order to generate solutions to this crisis, in summer 2022 the IWA and the OU in Wales commissioned a Citizens’ Panel of fifteen people from all walks of life in Wales to discuss these issues in depth and to come up with recommendations for solutions. They found strong backing for measures that would allow Wales to support its media more effectively, and put the interests of citizens and communities at its heart.

Talking with citizens, the IWA and OU found that an effective regulatory body covering all media organisations active in Wales, including press, broadcast and online could help increase trust in the quality and accuracy of the news. The report says that a high standard of news should be simple to access and as easy to check as possible, and recommends a best practice framework for journalism that could lead to the use of ratings similar to those used by the Food Standards Agency to verify levels of food hygiene in restaurants.

Citizens also advised that the media in Wales should cover Welsh history and culture better, as well as bringing politics and Welsh current affairs to the wider community more effectively. They were clear that democratic education is an important part of ensuring citizens feel informed and involved in the decision making processes that affect their lives.

They said that the Welsh Government should set up new public funding sources to enable local groups to provide online, accessible local news, and that new information services about Wales’ history, culture and political system should inform an extensive programme of adult education that would bolster citizens’ understanding of democracy.

They also said that democratic education should be strengthened in schools through both Curriculum for Wales and the new set of GCSE qualifications currently under development at Qualifications Wales.

Our recommendations in Citizens’ Voices, People’s News derive directly from the conversations held by the panel, and are as follows:

‘We believe that media in Wales should be treated as an essential service, with everything that this term implies for quality, accuracy and accessibility for everyone, everywhere in Wales. High quality journalism is the foundation of a healthy democracy and needs to be protected, and funded adequately to serve the needs of all citizens.’

‘Although our democracy is young still, Wales can be at the forefront of this democratisation of information. By working together, we can ensure not only that our citizens have access to information, but also that they can understand it and, crucially, use it.’

Citizens’ Voices, People’s News: Making the Media Work for Wales was supported by funding from The Open University in Wales and the Joseph Rowntree Charitable Trust. The Citizens’ Panel was delivered in association with the Sortition Foundation and Mutual Gain.

You can read Citizens’ Voices, People’s News: Making the Media Work for Wales in English here, in Welsh here, and the executive summary is available to download in English and in Welsh.