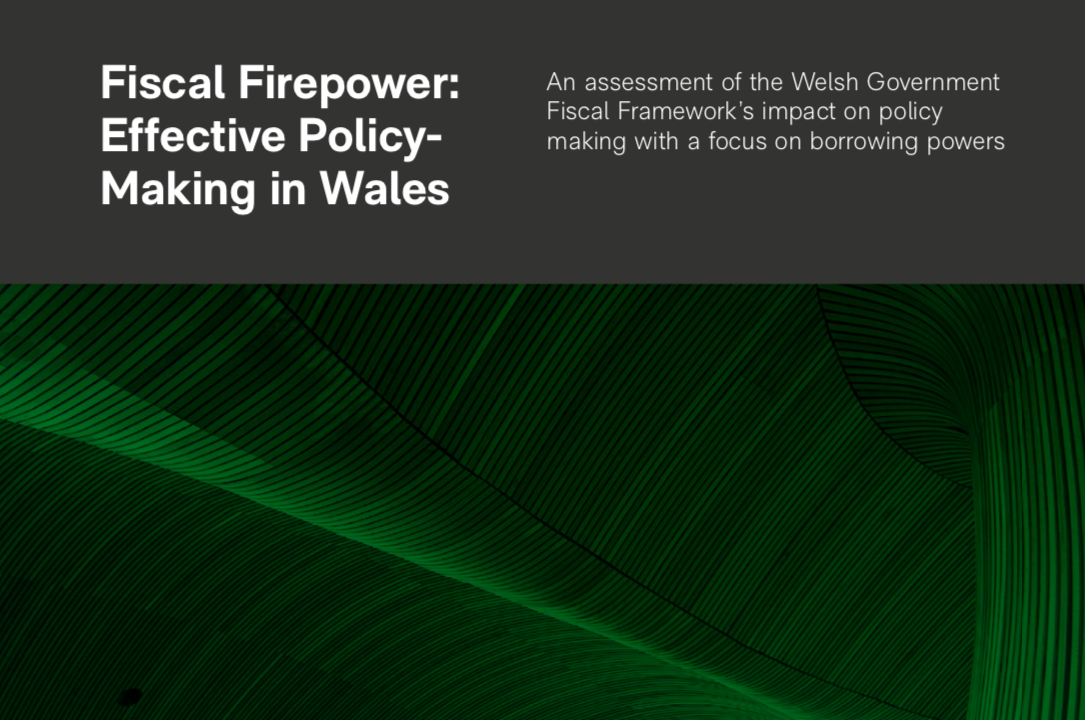 Despite having fairly strong powers and a budget in the tens of billions, our research finds that the Welsh Government only has a limited ability to kickstart major projects to improve people’s lives.

Wales faces urgent challenges including climate change, a cost-of-living crisis, dealing with the fallout of the Covid-19 pandemic and its impact on public services, a broken housing system, and more.

These are big problems that will require big solutions. And the IWA is concerned that despite the Welsh Government having fairly sweeping powers in some areas and a budget in the tens of billions, this doesn’t tell the full story.

We think that the Welsh Government has a lack of ‘fiscal firepower’, with a huge part of its budget essentially pre-committed to public service delivery. It has relatively little available finance over-and-above that, needed to effectively conduct major projects that could set the Welsh economy and society on the different path it clearly needs.

Many policy proposals can only expand to the limits that finance allows it to. The Welsh Government is limited in its ability to conduct policy even in devolved areas such as transport and housing by its fiscal limitations.

This paper seeks to open a debate about the impact of fiscal limitations on policy-making by focusing on the Welsh Government’s limited borrowing cap.

Our recommendations are as follows: