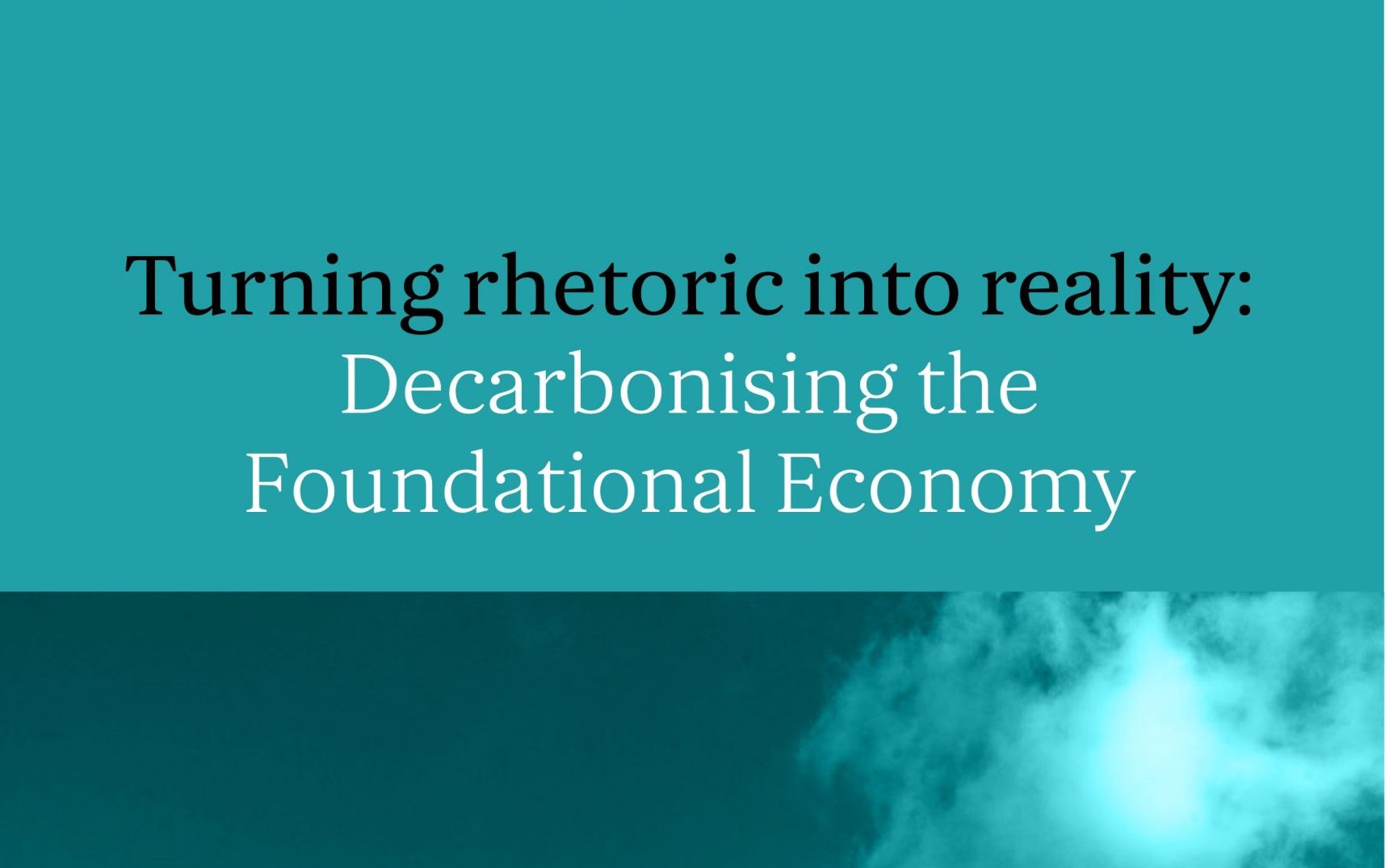 Our report, Turning Rhetoric into Reality: Decarbonising the Foundational Economy, was produced as part of the IWA’s project with CREW to look at the foundational economy as a policy agenda in Wales.

Net Zero: Will Green Jobs Make up for Job Losses in Wales?

Our latest report questions what Net Zero will mean for the Welsh economy and advises that the Welsh Government may be overly optimistic about the potential impacts of green jobs.

The IWA’s analysis notes that the potential for disruption and unemployment on certain industries and places due to the transition to Net Zero would parallel the effects of the decline of the coal industry in Wales.

Interviews with workers and industry bodies in the motor repair and gas industries highlighted a lack of understanding about the proposals for their industries under the Welsh and UK Net Zero strategies. This is despite fast-approaching timelines for the phasing out of both gas central heating and petrol and diesel vehicles from 2030.

While the phase out is being led by the UK Government, it will be up to the Welsh government to support workers to adapt their skillset or retrain out of declining industries. This will require a significant increase in the budget available for vocational education and for post-19 education in Wales, potentially through a guarantee to fund training for anyone who stays to work in Wales, and by greater parity in the student finance offer between academic and vocational education. More work is needed to develop a shared understanding of what constitutes ‘green skills’, and the IWA has called for more powers to be given to regional bodies from the Government in Cardiff, in order to reflect different opportunities in different parts of Wales and encourage stronger engagement with businesses.

The report also highlights Wales’ weak performance in research and innovation, which may limit economic opportunities stemming from net zero with Wales likely to repeat historical patterns of reliance on foreign investment. To enable the growth of highly-productive indigenous firms, the think tank has called for an ambitious programme of investment in research that creates more flexibility for universities and colleges in exploring early-stage ideas.

‘Our key findings show that very few individuals and organisations are achieving their full potential in terms of reducing their carbon emissions. Much more is needed in terms of skills, research and innovation, business support and incentives, and the Welsh Government must be much more ambitious with its devolved powers.’

You can read the full report here. Turning Rhetoric into Reality: Decarbonising the Foundational Economy is the third in a series of reports funded by CREW on the foundational economy. The previous reports are available on our website: