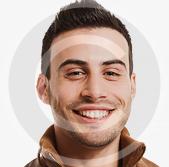 Peter Stead judges that Brown was better, Cameron not up to the job, and Clegg kept the debate alive

Again the second Leaders Debate was compelling viewing and we are all easily drawn into the game of identifying a winner. This is seductive entertainment for an audience already addicted to game shows and reality television. In this process the great loser is our constitution and political tradition. This form of debate is only really suitable for a presidential system in which the electorate votes directly and unambiguously for a national leader. These British debates are staged with no reference the huge complexity of candidates and issues (local and national) confronting the voters on 6 May.

The Nationalist parties have got nowhere with their protest to the BBC Trust but one wonders if there should not be a challenge in the Courts. Certainly in the USA one can imagine these issues being discussed in the Supreme Court.  Meanwhile, we should all reflect on our seduction into this new form of politics. It is a positive that the duopoly of the old parties has been broken. However, that comes only at the cost of eliminating the constituency element and the direct relationship of local candidates to their voters.

Even more apparent in the second debate was the narrowing of the range of argument. This was billed as a discussion of foreign affairs but, in that regard, we could certainly get them under the Trades Description Act. There was no mention of the Far East, Africa, the Commonwealth or President Obama. As UKIP have quite rightly stressed, the ten minute debate on Europe was “a charade”. Similarly the discussion of wars, military matters and defence was superficial. All the while one was aware of how the presence of the Nationalist parties and the Greens and, it must be said, the parties of the Right would have made the analysis more fundamental.

This debate was far more smoothly handled than the ITV effort, but the flaws of the format were all too obvious. Democracy dictates that ordinary voters should put the questions, but why then, exclude the audience from the subsequent debate? And why shouldn’t the moderator intervene to stir things up? The Question Time programme that came later was vastly more entertaining and politically revealing. To witness the passion in the exchanges between Ming Campbell, Yvette Cooper and Anne Leslie was to be taken to the heart of political reality. And there was a Plaid representative on that panel!

But let’s play the game. Brown was much better. The grooming suggested that a power performance was coming and he certainly looked every inch the prime minister. In fact it was a presidential performance: one could almost see the epaulettes on his shoulder and the medals on his formidable chest. He is the only leader I know who carries his Mount Rushmore image around with him.

Cameron indicated even more clearly that he is intellectually not up to the job. Mrs Thatcher began by quoting St. Francis; Cameron has decided to play the part. He has no grasp of actual issues.

Clegg started nervously but grew stronger and was dominating by the end. Labour accuses him of being a mere style merchant. The simple truth is that he is a normal and utterly reasonable individual who talks to us without recourse to political cliché. He is not always right but at least he dares to think outside the box. It is important that for the next two weeks that we keep politics in our half of the pitch and not in that of the Westminster establishment. Party politics aside the importance of Clegg is that he has given us a pause in which we can at least ask our own questions.

Peter Stead is an historian, cultural commentator and Agenda columnist