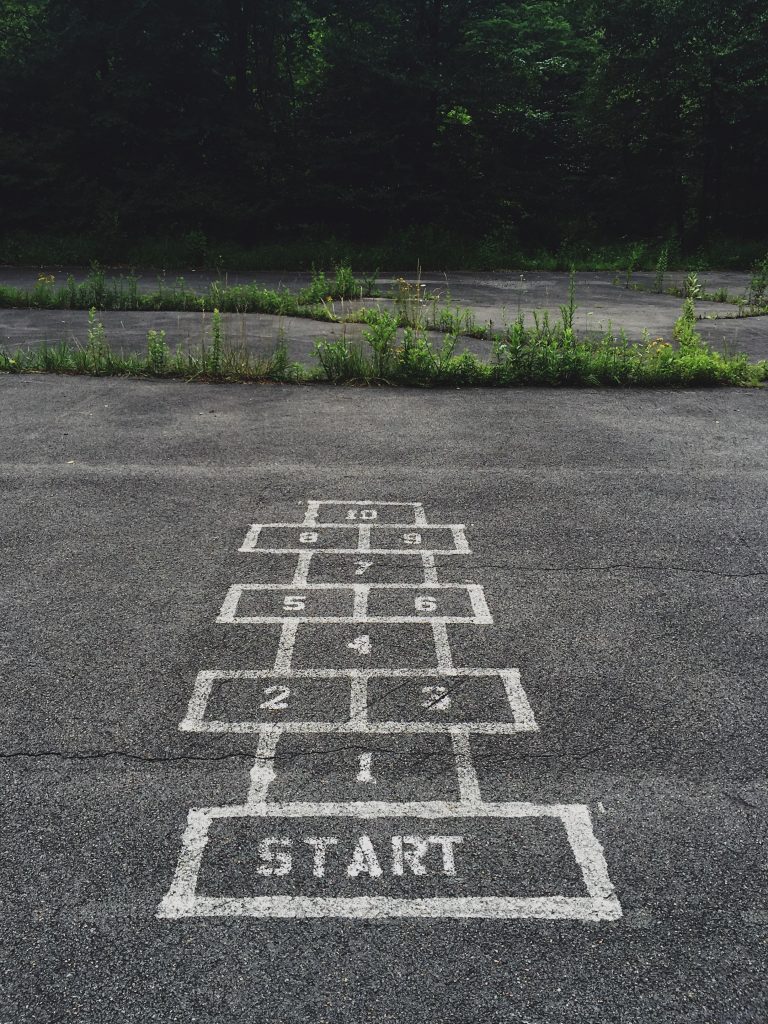 Scotland’s long-running programme of educational reform goes under the title, Curriculum for Excellence.  This is something of a misnomer.  Much more is involved than curriculum, especially if curriculum is conceived as referring primarily to content.  There have been changes in pedagogy, assessment, qualifications and much else besides. Change on this scale is enormously complex.  It calls for extensive preparation, skilled management of processes and careful co-ordination at a strategic level. It is important that Wales should learn lessons from Scotland’s shortcomings in all these vital areas.

Inevitably in a talk concerned with what can be learned from the experience of others, I will focus on where things might have been done differently and better.  It is unfortunately also necessary to acknowledge the many shortcomings of the change process. Like other Scottish reform programmes before it, Curriculum for Excellence has fallen well short of its potential.

It is, therefore, important that I should state at the outset that there have nevertheless been significant successes.  Scottish school education has benefitted greatly from Curriculum for Excellence.  Some of these successes, such as an increased emphasis on the continuity of young people’s experience across the full period of schooling, were intended from the outset and built into the structure of the reforms.  Others such as a greater attention to pupil voice and the involvement of young people in managing their learning have emerged as the programme has progressed.

Curriculum for Excellence had its origins in the National Debate on Education, a wide-ranging consultation that took place in 2002.  At its conclusion, a curriculum review group, of which I was pleased to be a member, was set up to identify the principles that should underpin future curriculum change.  In November 2004 we published a brief paper – a dozen pages or so – setting out four objectives for school education and seven curriculum principles. These were received with almost universal acclaim and, indeed, cross-party support in the Scottish Parliament.

Perhaps it was the near-unanimity of the approval that led to the first serious error.  No attempt was made to explain the proposed reforms to the broader community or to engage the teaching profession in any serious exploration of the big ideas and how they might be put into practice.  In short, too much was taken for granted. As a result, Curriculum for Excellence has always been subject to a myriad of conflicting interpretations.

Some variation interpretation, however, was always anticipated and, indeed, intended. Curriculum for Excellence was supposed to empower teachers.  However, no significant steps were taken to build capacity in the system.  Some teachers, of course, welcomed the new liberty and used it imaginatively and to great effect.  Many more felt insecure and threatened.

This lack of professional self-confidence resulted in numerous calls for guidance.  The original aim had been to develop a limited amount of high-level advice. Soon, however, a large-scale industry had been created, producing guidance by the ton.  When the Organisation for Economic Co-operation and Development looked at aspects of Curriculum for Excellence implementation in 2015, it found that, in addition to the original four objectives and seven principles, the guidance now embraced 12 attributes and 24 capabilities, 5 levels, 6 entitlements, 10 aims, 8 curriculum areas, 3 inter-disciplinary areas, 4 contexts for learning and no less than 1,820 experiences and outcomes.  I have often summarised this grand array in a powerpoint slide and been astonished by the number of people who do not immediately see the self-evident madness of it all.

OECD suggested a return to the original narrative  and a radical simplification of the guidance. This process, in my opinion, has not yet gone remotely far enough.

There were problems too in the planned strategic guidance.  In particular, it was not planned or, if it was, the planning was seriously deficient.  A series of five quite extended policy papers was produced. The ‘Building the Curriculum’ series should have covered the main topics that schools and individual teachers needed to consider.

In the event, BtC1 dealt with subject teaching, with which every teacher was already familiar, but there was no paper dealing with interdisciplinary learning, always seen as a key feature of the new arrangements and new territory so far as many teachers were concerned.  The second publication was entitled ‘Active learning in the early years’. In many ways, this is a good document, outlining the principles of ‘active learning’, the Scottish term for constructivist pedagogy. The decision to focus entirely on the early years was, however, a mistake.  I suspect few secondary teachers ever opened it, secure in the belief that active learning referred to wee kids running around and had nothing to do with them. The idea that the activity was cognitive rather than physical never became firmly embedded. The paper on skills was simply weak and incoherent, leaving two rather staid but generally sound pieces of advice on curriculum structure and assessment.

Another source of difficulty has been the insistence on lock-step change.  One pace fits all. The well-prepared and the unready, the enthusiastic and the reluctant, the highly-skilled and the barely competent, all marched in step.  I suspect no other approach was ever considered. As a result, the benefits that might have been gained from the experience of early adopters was never taken up.  I was pleased to learn of the idea of Pioneer Schools in Wales and assume that this is a lesson that has already been learned.

Yet another set of problems arose from the decision, at a relatively early stage of implementation, to introduce new examinations and qualifications, beginning with the replacement of Standard Grade, the examination aimed mainly at sixteen-year-olds.  No doubt, there would have come a stage at which new teaching practices called for changes in terminal assessments but it had certainly not been reached when examination reform began.

The result was that the attention of secondary teachers – very understandably – was focused entirely on ensuring that they were ready for the new exams.  All effort was poured into the final three years of schooling. The early stages of secondary schooling that virtually everyone had agreed in 2002-04 were the weakest part of the whole educational process, were largely ignored.

In primary schools change went ahead but the public heard little about it.  All the media attention was on the new qualifications. Indeed, if you were to ask the public in the streets of Edinburgh or Glasgow even today, “What was Curriculum for Excellence about?”, you would probably be told it was about changing the exams.  Thus, a single subordinate aspect of the programme came to dominate. It is ironic that changes designed, among other things, to reduce the influence of examinations ended up giving them greater prominence than ever.

There were a lot of technical problems with the new exams and a number of changes of direction resulting in the late issue of guidance.  These shortcomings were the subject of vociferous complaint by secondary teachers. However, a much more important matter, closely tied to examination change, was a failure to manage teacher workload.  Teachers – secondary teachers in particular – felt serious stressed by Curriculum for Excellence implementation.  Morale suffered. It is likely that the legacy of that workload crisis has been a crucial contributory factor in the deterioration in industrial relations that might well result in strike action over pay.

However, to my mind, a more important issue still is the way in which a limited and finite human resource has been used.  Curriculum for Excellence started with a great reservoir of goodwill.  Even so, the amount of teacher time available to bring it from original concept to full implementation was limited.  In the secondary sector, most of that resource was lavished on a programme of examination change that was premature and, at best, resulted in relatively marginal improvements.  It is difficult to believe that this use of a scarce human resource was the result of intelligent conscious choice on anyone’s part.

Two fundamental systemic problems have underpinned all of the shortcomings to which I have referred.

Firstly, little attention has been paid to the process of change.  This is perhaps a characteristic of politically managed systems.  Politicians are interested in what should be done; what changes should be made.  They are less interested in how the change should be brought about.  Yet, in a complex system such as the education service, that is of crucial importance.  Exhortation or instruction will not work. Teachers have to be brought onside and encouraged.  The incentives to progress have to be greater than the incentives to stay with the status quo. I will have more to say about the change process in my conclusion.

Secondly, until quite recently, there was no effective co-ordination of the reform programme.  A variety of ad hoc boards have existed at various stages. Curiously, the first implementation group contained only one member of the group who wrote the original policy paper.  It was almost as if the government of the time had decided to ditch the ideas people and call in those viewed – mistakenly as it turned out – as safe pairs of hands. For the most part, however, the various educational agencies responsible for curriculum, examinations and so forth pursued their own courses of action.

One consequence of this was a mismatch between the way in which the period of ‘broad general education’, the stages up to roughly age 15, was organised and the expectations laid down for the examination courses pupils would follow in the subsequent year.  The consequence has been that, in most schools, the number of examination subjects a young person can study has been reduced. This is not the outcome of any government policy. None of the 20,000 web pages of guidance suggested it should happen. It is pure unintended consequence.  And unintended consequence is the hallmark of bad management.

It is impossible to view the implementation of Curriculum for Excellence as anything other than seriously flawed.  Good practice has emerged but not as a result of the way in which the programme has been managed.  It is perhaps, therefore, worth concluding with some thoughts on how a large-scale complex process of change might be better led.  I suggest there are six essential features.

Firstly, there is a need for strategic clarity at a national level.  Objectives need to be kept constantly in mind. However, the strategy relates principally to how they are to be achieved.  So far as policy makers are concerned, this means concentrated attention to processes of change. From the perspective of teachers, it means having access to limited, high-level, coherent guidance.

The counterpart of clear strategic direction from the centre is extensive operational discretion at the level of the school and, indeed, the individual classroom.  This, in turn, depends on building professional capacity and self-confidence.

Thirdly, implementation has to be carefully monitored.  Good data and reputable research are essential. However, so too is a commitment to look at evidence honestly and make changes as difficulties arise.

Trialling and the effective use of early adopters are indispensable.    One pace does not fit all. There is nothing wrong with harnessing the energies of the enthusiasts.  Equally, accepting variations in speed is not the same thing as tolerating the dilatoriness of laggards.

Fifthly, resources of teacher time and commitment must be husbanded carefully and sympathetically.  Workload must not get out of control. Teachers and others in the service should feel valued. They need to believe that their opinions are welcomed and that their concerns are acted upon.

Finally, there are no substitutes for ambition and courage.  Without these great human qualities, all other qualities are wasted.

Keir Bloomer is the chair of the Education Committee of the Royal Society of Edinburgh and is a member of the review group that wrote “A Curriculum for Excellence”.

7 thoughts on “Plenty of lessons to learn”