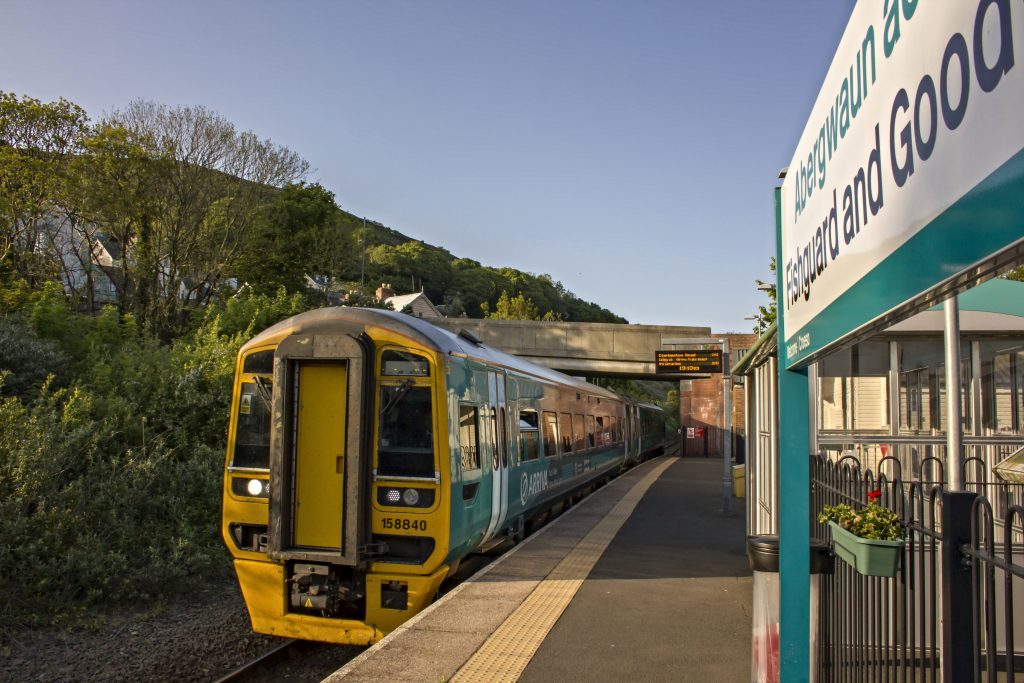 Although it only mentioned Fishguard, my purpose is to respond to BBC Wales’ coverage of the effect of Brexit on what are known locally as the Twin Towns, by including Goodwick.

I first came across the coverage via Felicity Evans’ TV presentation on 17 February. Set against the famed tapestry depicting the heroine Jemima Nicholas, it examined the adverse effects of Brexit on Fishguard Port in particular: but of course that, in turn, would affect the prosperity of the wider community of this too often overlooked area of Pembrokeshire, where I was born and raised until leaving for University in 1957.

To refresh my memory of Ms Evans’ presentation for the purposes of this article, I visited the BBC Wales website. It revealed that the BBC had earlier reported twice on how Brexit might affect Welsh ports serving Ireland: once in February 2017, and again in March 2018. Unsurprisingly, the second stated that Holyhead had received greater attention than Fishguard: but, then, many places in Wales have.

The website visit also revealed the headline “Fishguard folk hero’s spirit in Brexit Mood”, sadly invoking / reviving a time when two of Europe’s rival states, the UK and France, were at war with each other. God forbid that it should happen again, but given the coinciding upsurge of fascism here and other EU member states since Brexit it is a worry that cannot be ruled out. It is also important to remember that just as the UK is / was one individual member, the EU consists of another 27 such individual states.

What Jemima Nicholas’ intervention demonstrates is that there was a lack of interest in the Twin Towns back in the day, that required her and her fellow ladies, to hold “the Fort”, as it were, until the “State” mustered a sufficient interest to deploy some soldiers to take up the strain.  By that time, of course, the enemy army of the day (French on that occasion) had consumed sufficient Fishguard ale to render themselves so legless that they surrendered to the ladies.

Ironically, perhaps, it took the preparation for another war to bring the prosperity to the Twin Towns that I enjoyed when growing up in them. This was during and after  the end of the Second World War, in which Germany had replaced France as “Enemy No.1”. It was a war in which, along with many others, my late father, and Fishguard’s remarkable centurion, Phil Davies fought.

Prior to doing so they had helped construct Trecwn’s Royal Naval Armament Depot (RNAD).  Until then my father had been a horse drawn delivery boy for a Castle Morris grocery / farm supply business: there were not many jobs around. On returning from the war, both men and their wives would later establish businesses that provided job opportunities, including apprenticeships, for their fellow citizens.

In the Trecwn endeavour my father’s task was to drive the locomotives used in constructing the tunnels. To demonstrate how fickle life can be, for 18 years from circa 1969, I was the law officer to Thyssen (Great Britain) Limited (TGB): a subsidiary of Germany’s Thyssen Schachtbau Gmbh.  A tunnelling company, amongst other activities, TGB provided a wealth of jobs in the British mining and construction industries before the coal industry was closed down.

By 1946 Germany was no longer the enemy: since then many others have taken up the mantle. For a very long time these others kept RNAD Trecwn going, thereby providing an abundance of jobs for the neighbouring communities.

Simultaneously, along with that provided by the ferry ships plying with Cork, Waterford and Rosslare, ample employment was provided by maintaining a vibrant railway service linking the “Harbour” with London Paddington.

Back then the Twin Towns were booming: on a Saturday night Fishguard Square was like Las Vegas, as people were bussed in from Dinas, Maenclochog, Mathry, Trefin, Trecwn etc. This continued throughout my life there, and for a long time thereafter.

Sadly, since then the Twin Towns have fallen on hard times; but instead of rigorously analysing whether that is due to the UK’s membership of the EU, BBC Wales indulged in the subjective comments of three Twin Town residents: none of them included the younger generation, on whom the decision to leave the EU might, no, will have the greatest impact. Furthermore, the decline in the Twin Towns’ prosperity in the form of the employment lost due to the closure of RNAD Trecwn, the  downgrading of the railway service and the removal of the ferry links with Cork and Waterford began years ago. It cannot be visited on the EU; nor can the UK Government’s failure to provide replacement investment. Indeed, the only investment currently made in the area seems to be that provided to the agricultural sector by the EU: it remains to be seen whether the UK Government will step into that breach when we Brexit.

To move on, I revert to the three comments compiled by Ms Evans in the following order.

That of the named Brexiteer, fishmonger Phil, who opines “we’re stockpiling a pile of hysteria at the moment, we should be more optimistic”. Phil’s optimism is derived from knowing that those who can afford it will eat fish whether the UK is in or outside the EU.

That of an anonymous Brexiteer who just wanted to get on with it; we were not going to be bullied: no explanation was provided about how the other 27 EU countries are bullying us.

That of an anonymous Remainer, who is quoted as saying that she is not worried about herself. Toby, her very well behaved dog would be alright, as she would also be!!

What is missing from Ms’ Evans report, are questions to the younger generation about how Brexit will affect them.  The questions might be especially pertinent for those attending the newly built new school, Ysgol Bro Abergwaun, and their parents, particularly pupils of a more technical than academic bent. Where are the jobs in which they can ply their trades?

My point is that the failure to invest in bringing the Twin Towns back to the vibrancy that my generation experienced, that has been lost for too long, cannot be laid at the door of the EU.

Since first trying to piece these thoughts together I have received the 15 February 2019 edition of the local paper: “The County Echo”. It includes a one page spread advertising the anniversary of the “1797 Last Invasion of Britain”. Of course, like every “Fishguard Herring”, I am proud of the story.  Nevertheless, I would like to think that Jemima would see that Brexiting the EU will damage Fishguard Port and the prospects for the Twin Towns (especially those of the younger generation) just as much as the Invasion would have, had she, and her army of ladies, not stepped in to fill the void left by the British state.

I must end by commenting on the Brexiteers’ “Take Back Control” slogan. It is not EU membership that causes the late delivery, and resultant cost increases, in UK engineering and construction projects.  Nor is it why, in the 21st century, we are unable to run a railway system that functions properly.

Furthermore, it was not EU membership that recently caused China to withdraw the invitation to the Chancellor of the Exchequer to visit, the purpose being to advance trade agreements that might alleviate our leaving the EU without a deal. Rather, it was the pugnacity aimed at China by the Defence Secretary, Gavin Williams, who either did not know about, or had forgotten, how the UK had humiliated China in the past. This was by forcing the sale of opium on its population; opium that had been accumulated in India: another country upon which the UK had imposed itself and now looks to for trade deals.

Moving on, I must add that the EU did not cause the abandonment of the proposed Fishguard Marina, nor Stenna’s upgrading of Fishguard Port.  During their construction, a la RNAD Trecwn, both schemes would have provided jobs for the local population in general and apprenticeships for the more technically gifted contingent of the brand new Ysgol Bro Abergwaun.  Again, a la RNAD Trecwn, if not in the same number, they would also have been a source of jobs post-completion.

I close by hoping that my pessimism is wrong, and that Brexit actually leads the Twin Towns to their former glory and to the new sunny climes envisaged by the Brexiteers.

However, I fear that the present complete political disarray, only a matter of days out from leaving the EU, renders that less and less likely.

Derek Griffiths is a Fishguard born double graduate of the University of Wales. He has a Diploma in Arbitration, was once a Fellow of the Chartered Institute of Arbitrators and once a solicitor.