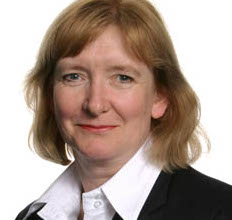 Ken Skates argues that the Welsh Government’s economic policies are radical, as it views growth in wellbeing and environmental sustainability its main objectives.

Duncan Fisher’s recent series of articles on wellbeing economics echo material I’ve been keenly exploring during and indeed before my time in politics.

The need to make economic policy a driver for improved wellbeing is not a new concept or campaign – I regularly used the term ‘emotionomics’ during my time as a politics and economics student at Cambridge and have been following UC Berkeley’s fantastic ‘Greater Good’ campaign for many years.

Calls for economic policy to be a driver for improved wellbeing are essentially a demand for better emotionomics – policies and interventions that prioritise how people feel as a result of their part in the economy, rather than just how wealthy they are. This demand underpins the Welsh Government’s Economic Action Plan.

From personal experience, I know how crucial health and wellbeing are to productivity. As someone who has spoken candidly about my own previous battles with mental health, I recognise that at my lowest ebb, those issues affected every single area of my life and impacted on my capacity to perform to the best of my abilities.

Of course, health struggles are something we will all encounter at some point in our lives and that is not something we can easily change or prevent.

However, the thing we can seek to change is the role that our workplace plays in supporting our wider mental and physical  health and the type of support available via our employers when at some point or another, many of us inevitably experience difficult times.

In my time as Economy Minister, I have consistently advocated and argued for an economic model that promotes health and wellbeing, decarbonisation, fair work and higher skills. Crucial in achieving this will be the involvement of a business community that recognises the value of this focus – and acts on it with enthusiasm and creativity.

From a very individualistic perspective, we know without a doubt that decent, fair work is good for us.  It drives improved physical and mental health and helps to engender an increased sense of focus, self-worth and well-being.

It improves our sense of being competent and valued, which is an important element in Maslow’s hierarchy of needs (which determine how contented we are with life, or put another way, how good our wellbeing is).

We also know that a healthy workforce is good for business. Evidence shows us that employers that invest in appropriate workplace health initiatives are likely to see a significant return on their investment.

For example, by tackling sickness absence, employers can benefit from improved staff retention, reduced staff turnover and sickness absence costs. They can improve their own reputation and ability to deliver and they can develop a more engaged and productive workforce.

And there is no denying  that ill health is expensive for employers. Sickness absence costs UK businesses an estimated £29bn each year with the average worker taking 6.6 days off each year due to illness, so there is genuine business sense in investing in measures that help to keep the workforce active and well.

The Welsh Government’s Economic Action Plan, which I was proud to launch almost two years ago, has the ethos of wellbeing economics – emotionomics – at its very heart. It sets out an operating model aimed at driving equality and fairness and provides funding levers that are deliberately aimed at driving positive and progressive change for workers and communities across Wales.

At the centre of that plan is our Economic Contract, which provides a new way of looking at how the Welsh Government works with the business community to drive fair and inclusive growth. As part of our Economic Contract, businesses seeking direct Welsh Government funding for are required to work with us and commit to drivers of good wellbeing economics.

It means businesses demonstrating their commitment to fair work, growing responsibly, decarbonisation and crucially, it calls on businesses to support better skills, physical and mental health in the workplace.

Ultimately, it means that the Welsh Government will only invest in companies that show commitment to investing in more than their bottom line, for the greater good of our communities and of their workers. And we are supplementing this work with investment in on the ground projects that support better health outcomes.

Programmes such as Time to Change Wales, a campaign delivered with partners including Mind Cymru, which works to end the stigma and discrimination faced by people who have experienced a mental health challenge, Healthy Working Wales, which aims to improve health and wellbeing in the workplace and the In Work support programme, with its particular focus on North Wales.

Through programmes like these, we are also providing support for some of the highest risk behaviours in our society and are regularly causing health issues such as excessive alcohol consumption, limited physical activity, smoking and bad nutrition.

And we are also taking a new and radical approach to supporting the Foundational Economy, with a £4.5m investment in experimental projects. The aim is to transform the everyday parts of our economy and make life better, both for people who work in it and for people who receive the services delivered within it, such as care.

The Welsh Government’s commitment to wellbeing economics couldn’t be clearer and the feedback from the business community to this approach every time we have reached out to them has been overwhelmingly positive. People are crying out for an economic model that doesn’t play to the 20th Century objective of growth at any cost to the planet and to disadvantaged citizens.

Our new model is radical. It is being examined by other governments also wishing to address growing public demand for an economic model that sees growth in wellbeing and environmental sustainability as principal objectives – and that economic growth should not be concentrated in communities of existing affluence. The approach we are taking is even more valuable given what we may be facing as we leave the EU.

We will all need to think creatively and embed wellbeing economics even more deeply into our economic operating model and wider culture.

In the coming weeks and months, I will be saying more about how we deliver greater ambition, momentum and a sense of national movement behind a fairer and more responsible economy. This will involve us leading work with organisations, businesses and anchor institutions for the greater good and our collective well-being, as we build an economy fit for future generations.

As ever, to achieve success we need all our social partners to work with us.

We need them to keep on recognising and supporting our commitment to wellbeing economics, something that was considered ‘lefty’ and anti-Capitalist in the 1990s when I debated it as emotionomics with fellow students, but which today is being enthusiastically embraced across the political spectrum.

Ken Skates is Wales' Minister for Economy and Transport.