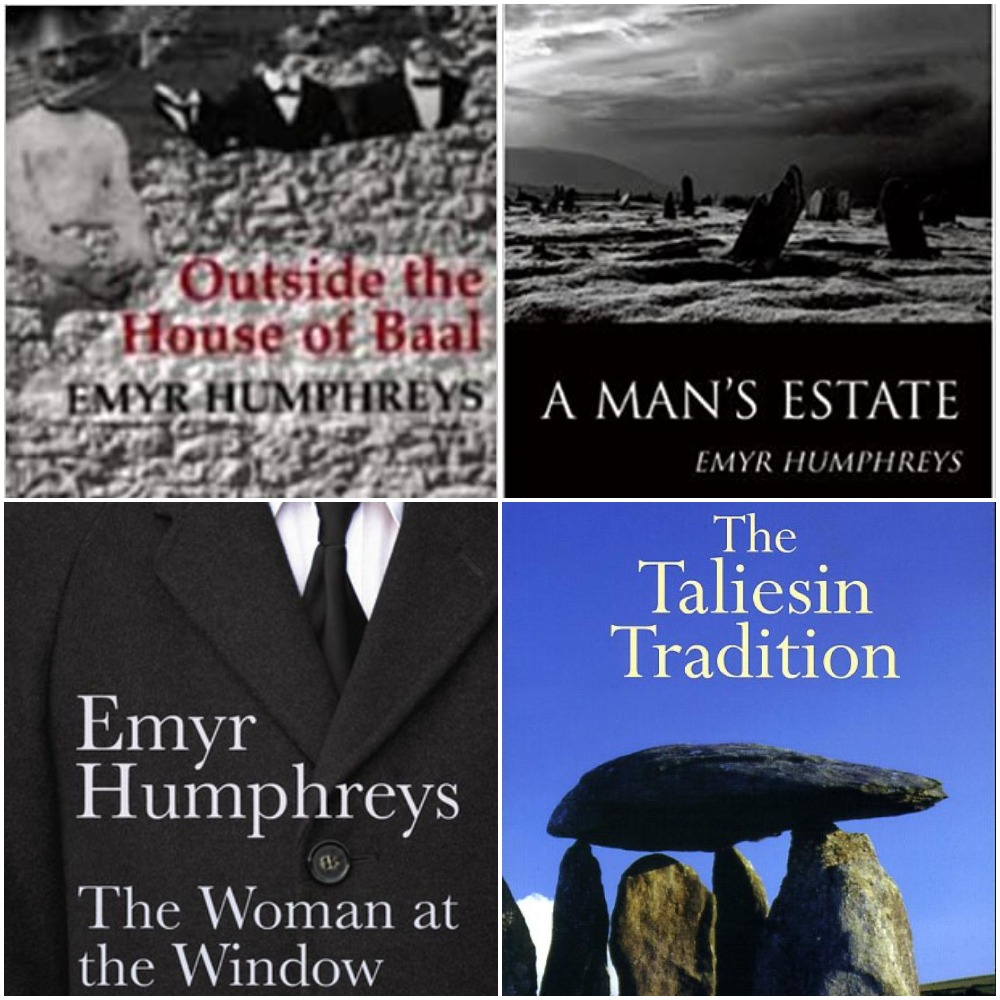 M Wynn Thomas argues that Emyr Humphreys is one of Wales’ outstanding cultural figures of any generation.

This article was originally published in May 2019 in the Welsh agenda #62.

Emyr Humphreys was born in 1919, the year in which his compatriot, Lloyd George, sketched out the map of Europe as we know it at Versailles.

So perhaps he was predestined to be a passionate Europhile, long before a period spent in post-war Florence administering a large camp for refugees and displaced persons instilled in him a life-long love of Italy. When I visited him some months before his hundredth birthday, I found him deep in the Divina Commedia of his beloved Dante.

He was then reborn a committed Welsh Nationalist in 1936, when the protest burning of Penyberth awakened in him, living within a stone’s throw of Offa’s Dyke, an awareness of the colonial status of Wales in its historic relation to England.

So it is hardly surprising that his particular brand of Welsh Europeanism is the same as that of his hero, friend, and collaborator, Saunders Lewis. For both, Wales is a product of the Roman Empire, born of the legionary occupation of Britain, and thus has always belonged by right of birth to the extensive community of European nations.

Emyr Humphreys is, of course, best known as a novelist – and a novelist of no mean achievement. His two dozen novels include at least two masterpieces – A Toy Epic and Outside the House of Baal – that help explain his reputation as the pre-eminent fiction writer of twentieth-century Wales.

“Long before a euphoric new National Assembly officially declared Wales to be a nation of two languages and two cultures, Emyr Humphreys had not only emphasised that biculturalism in his writings but also actively promoted it through his own practice.”

No wonder that Graham Greene enthused over his talent when first he appeared on the scene. And Greene was but the first of many famous names to stud Humphreys’ distinguished career.

They include stellar acting talents such as Richard Burton, Sian Phillips, Peter O’Toole, Hugh Griffith, prominent artists like Patrick Heron, Terry Frost and Kyffin Williams, novelists like C.P. Snow and Anthony Powell, broadcasters such as Hugh Wheldon and Martin Esslin, and poets such as R. S. Thomas and Louis Macneice.

His friends and associates in Welsh-language culture have been equally conspicuous talents. In addition to Saunders Lewis – with whom Humphreys enjoyed a fruitful creative collaboration following his appointment as the founding Director of Drama for the BBC in Wales – there were Kate Roberts, John Gwilym Jones, ‘Wil Sam’ Jones and R. Tudur Jones.

Long before a euphoric new National Assembly officially declared Wales to be a nation of two languages and two cultures, Emyr Humphreys had not only emphasised that biculturalism in his writings but also actively promoted it through his own practice.

Humphreys is not only an outstanding novelist, he has also produced an impressively mixed portfolio of other writings. He has excelled as poet, as cultural historian, as essayist, as polemicist, as cultural activist and as television dramatist and documentary film-maker.

Taken all in all, this striking output clearly demonstrates him to be not only indisputably one of the major cultural figures of twentieth-century Wales but also arguably one of the greatest Wales has produced over its long cultural history.

He has never hidden his cultural and political commitments. Nor has he ever shrunk from principled action, well beyond the safe confines of writing, on behalf of what he believes. Concern at the plight of the Welsh language once even moved him to break the law and to endure a very brief period of imprisonment.

He can, as I have suggested in my new study of his life and work, be usefully regarded as the last great survivor of the heroic age of twentieth-century Welsh culture. This saw a cohort of talented writers devote themselves to arousing their country from the long torpor of its meekly subservient position within a profoundly anglocentric British polity.

Such devotion may make Emyr Humphreys seem old-fashioned and even embarrassingly irrelevant to the meek and docile Wales of today. But it is, I am certain, what will assure him a prominent, revered, place in the annals of what will hopefully be the better and more mature Wales of the future.

M Wynn Thomas is a Professor of English and holder of the Emyr Humphreys Chair of Welsh Writing in English at Swansea University, having also held Visiting Professorships at the universities of Harvard and Tübingen.