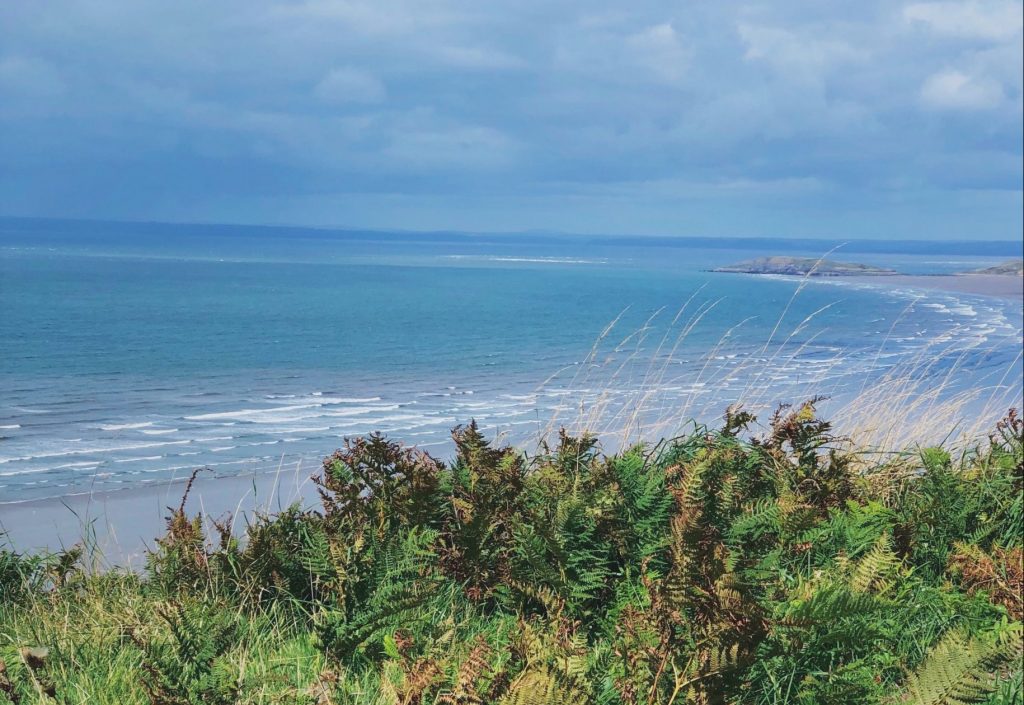 Billie-Jade Thomas outlines why Wales’ oceans holds the key to our commitment to tackling climate change.

As May 6 edges ever closer, we will soon know which of Wales’ political parties will be responsible for leading us into battle against the looming threats of climate change.

Following the declaration of a climate emergency back in 2019, the current Welsh Government recently set out its ambition to reach net-zero emissions by 2050.

With the public still deciding which party is best placed to step up to this momentous challenge, whether the great potential of our seas will be recognised in the run up to the election remains to be seen.

A recent report by Natural Resources Wales (NRW) found that at least 113 million tonnes of blue carbon is already stored in our seas, with this equating to almost ten years of our current emissions.

Blue carbon refers to the CO2 that is captured and stored by marine habitats.

As one of our most powerful natural resources, the ocean plays a dominant role in the global carbon cycle and is responsible for taking up 25 to 30 percent of anthropogenic CO2 from the atmosphere.

“Bottom-trawling… this destructive practice involves dragging weighted nets along the bottom of the sea, in an attempt to catch fish.”

However, while our seas have a key role to play in the fight against climate change, they are also being directly impacted by it.

By causing increases in surface temperatures and rises in sea levels, increases in greenhouse gases are among the many man-made threats our oceans are facing.

With our waters struggling immensely with plastic, noise and chemical pollution, as well as the effects of unsustainable fishing practices, recognising their unparalleled potential has never been more important.

By providing low-emission sources of protein and locking down carbon, our seas have a key role to play in mitigating the breakdown of our climate.

In order to become a vital tool in Wales’ race to zero, it is imperative that they are in good health, therefore prioritising their long-term sustainability before it is too late is paramount.

It is believed that the vast majority of blue carbon is stored within the sand, mud and gravel on the seafloor – an environment that can be highly disturbed by bottom-trawling.

This destructive practice involves dragging weighted nets along the bottom of the sea, in an attempt to catch fish.

Our future fisheries policy has the potential to make or break how we manage important marine carbon stores and the introduction of Wales-specific legislation in the area, could help us get this right.

The introduction of a Blue Carbon Recovery Plan would allow the next Welsh Government to proactively restore key coastal carbon habitats and enable the large-scale reintroduction of those that have been lost.

Native oyster beds, seagrass meadows and saltmarsh habitats all have great carbon-capturing potential, but with many in poor health or depleted entirely, they are in desperate need of some urgent TLC.

While we know that these habitats are particularly effective with regards to capturing carbon, more discovery work is also needed to ensure that we know exactly where they all are.

Identifying and designating these areas as ‘blue carbon’ zones through maritime planning could ensure that carbon-rich areas of the sea are protected accordingly.

Adopting an ecosystem-based management approach to our waters is one way of ensuring that their CO2-capturing abilities are there to be utilised.

As well as creating, and funding, a Blue Carbon Recovery Plan, the management and protection of our Marine Protected Areas (MPAs) also needs to be strengthened.

MPAs manage human activity in areas of the ocean for conservation purposes, in order to protect wildlife and vital ecosystems.

While almost half of the seas that surround Wales are designated as MPAs, none are fully protected from damaging activities, and half of the habitats and species within their inshore sites are in an unfavourable conservation status.

If our MPAs are to be fit for purpose, banning damaging activities such as bottom trawling from within them and increasing the budget for their management is a must for the incoming Welsh Government.

Our recent report showed that bottom trawling takes place in 98% of the UK’s offshore MPAs, with government proposals to ban the activity being considered for four of England’s protected areas.

“The need for marine renewable energy needs to be balanced with the importance of healthy, carbon-rich seas that are full of life.”

Adopting a similar approach in our equivalent areas in Wales would certainly be a step in the right direction.

To help our ocean help us, we also need to complete the network of protected seas in Wales, for nationally important features, using Marine Conservation Zones.

The next Welsh Government is expected to consult on this once it has been formed, and it is vital that this is seen as a benefit to us all, rather than a hindrance to Wales’ existing marine activities.

Among the developments of the last five years is the Wales National Marine Plan – the Welsh Government’s strategy to develop our seas in a sustainable way over the next two decades.

The area covered within this plan contains over three million hectares of potential blue carbon habitat.

To ensure its success, the need for marine renewable energy needs to be balanced with the importance of healthy, carbon-rich seas that are full of life.

There is no doubt that the challenge ahead is a great one, and while the problems our oceans are facing cannot be solved overnight, the sooner we start prioritising them the better.

As a multi-purpose natural resource, our seas could become a vital tool in one of the greatest fights of our lives – but only if we do what is right by them first.