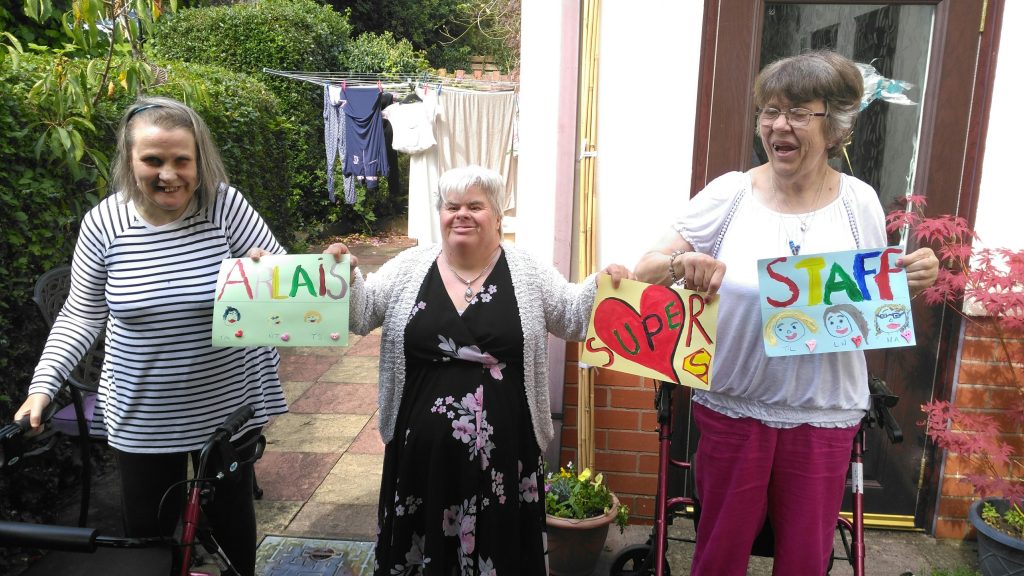 Adrian Roper calls for the Welsh Government to make good on campaign promises and provide a pay rise for care workers.

Since its launch in 2020, the #PayThemFairly campaign has gained the support of 24 Supported Living providers and their partners across Wales.

Recently, the commitment of a Real Living Wage or higher for social care workers was accepted by Welsh Labour, Welsh Conservatives, Plaid Cymru, and Welsh Liberal Democrats in their 2021 election manifestos.

Now, the campaign is asking the new Welsh Government to implement this change imminently.

Social care work has always been vital to Wales, but the Covid-19 pandemic has highlighted the true compassion, dedication and hard work required of our frontline staff.

They have worked under immense pressure – and at times have been the sole presence of practical and emotional support for people in their final moments.

Even in the face of this real risk and fear, their value to the people they support has always shone through.

“Social care workers have proven time and time again that they are equally as vital to the functioning of Wales as our NHS staff.”

So why is this value not always reflected in their pay?

Since 2015, some increases have been made to the minimum wage, but this is not enough. Although seen by many as a ‘low-skilled sector,’ this simply is not true.

Working with people who use care and support services requires empathy, knowledge, and a wide-ranging, adaptable skillset to ensure peoples’ wellbeing.

People who work in the social care sector are subject to challenging qualification requirements and exams that would baffle some senior executives!

Social care workers have proven time and time again that they are equally as vital to the functioning of Wales as our NHS staff, particularly during the last 18 months.

Yet, they are often paid a wage level that the Real Living Wage Foundation has shown to be inadequate to cover living costs and keep people out of poverty.

Is this how we expect the people who care for our loved ones to live?

Increasing wages in social care will require additional expenditure from the government and we have been told for decades (as part of a global neo-liberal narrative) that investing in public services is a drain on the economy.

“If we could reduce turnover rates in the social care sector to a healthier 15%, it would mean an annual saving of £18 million.”

But the benefits of investing in globally competitive industries in Wales have been patchy, and certainly haven’t spread across the full geography and demography of Wales.

As of 2016 there were 62,000 full-time equivalent jobs in adult social care in Wales, or 83,000 individual jobs. Care needs don’t discriminate based on location – so these jobs are spread across Wales.

This means that every community, whether rural or urban, would benefit from increased vital income to individuals and families.

Not only would increased wages help to retain staff who provide an invaluable service to vulnerable people, they will help people to spend more and boost their local economy.

The Welsh Government’s Economic Action Plan identifies the care sector as part of the ‘foundational’ economy, and the Fair Work Commission has highlighted the importance of raising pay for economic reasons as well as for fairness).

The figures for care worker turnover rates in Wales were recently published by Cardiff University indicating turnover at 21%.

A study looking at care recruitment costs in 2017 estimated that the cost of recruiting a single care worker was £3,642. There are 83,000 jobs in social care in Wales. If 21% of them are replaced every year, this costs £63.5 million per annum.

On an all-jobs-and-sectors basis, turnover rates below 15% are considered healthy – so if we could reduce turnover rates in the social care sector to a healthier 15%, it would mean an annual saving of £18 million.

Simply demanding higher wages will not create the funds to pay for it.

In an ideal world, the UK government would prioritise funding for care from general taxation and pass the funds through to the Welsh Government.

“We need our leaders in Wales to bite the bullet and raise the funds here, through some form of taxation or levy.”

This seems unlikely, so we need our leaders in Wales to bite the bullet and raise the funds here, through some form of taxation or levy.

A demand to local authorities that all care workers are paid properly should then be made, accompanied by the necessary funding.

A similar demand with funds attached can then be made by local authorities to all their contracted care providers. Demands plus funds is the formula, and it starts with us all as citizens.

We must demand of the Welsh Government that they ensure our care workers are paid properly, and we must give them the funds to do it from our taxation contributions.

With a bold national leadership that sees the bigger picture and understands that the case for investing in social care is based both on justice and good economics, we can create a Wales built around the wellbeing of our most vulnerable people and those who support them.

That’s why we’re calling on the new government to bite the bullet and take decisive action so that every care worker is paid the Real Living Wage as a minimum.

Find out more about the #PayThemFairly campaign here.

Adrian Roper is CEO of Cartrefi Cymru Cooperative, a provider of support for people with learning disabilities and their families in Wales, and Chair of the Pay Them Fairly campaign.