Merlin Gable reviews Pamela Petro’s The Long Field, a memoir about her connection to Wales and the much discussed notion of ‘hiraeth’.

About halfway through The Long Field, Pamela Petro describes an episode where, amongst a panel of Welsh contributors on a BBC radio programme, she found she was ‘the only person interviewed who had anything positive to say’ about hiraeth.

This term, our unique Welsh form of longing, is the keyword for her book, which is part memoir, part collage of social history. Menna Elfyn and M. Wynn Thomas, two titans of Welsh culture who were also interviewed for the programme, had nothing good to say about hiraeth. Jan Morris, who she interviews in another episode of the book’s meandering narrative, dismisses the term immediately: ‘Oh, not that old thing again!’.

Perhaps this should have been a warning sign. Petro’s book is in many ways an engaging telling of her lifelong relationship – as a New Jersey-born writer – with Wales, from her first encounter with Lampeter as a postgraduate student in the 1980s, through her defining of her sexual identity and the sunset of her parents’ lives, to the present day. In the course of these events, she ties in some key moments, figures and conceptual frameworks of modern Welsh culture and social history. Unfortunately, she also ties in – or should I say lays as her foundation – that troublesome hiraeth.

I cast no aspersions over Petro’s honest intentions, nor her personal commitment to and love of Wales. However, the book that results feels overinvested, under-researched and frequently tone deaf.

It’s not that I have an absolutely implacable opposition to hiraeth. It lends us Welsh a convenient air of mystery and noble melancholy when we want it – useful things, no doubt. And the idea of an untranslatable term remains amusingly frustrating to the totalising English. Unfortunately, in Petro’s hands the already overused and undertheorised term becomes somewhat meaningless. The book describes a whole taxonomy of hiraeths – many frankly rather doubtful – in a process that feels somewhat lacking. In her hands, hiraeth is, amongst other things, the ‘long field’ (a questionable etymology at best), ‘the visual echoes of the receding hills’, ‘healing’, King Arthur himself, something ‘born in the presence of absence’, ‘hope’ or, more or less, whatever it needs to be. Instead of being built upon, expanded, its horizons pushed, as was perhaps the author’s hope, the term just feels misapplied.

I cast no aspersions over Petro’s honest intentions, nor her personal commitment to and love of Wales. However, the book that results feels overinvested, under-researched and frequently tone deaf. There’s the othering and inappropriately authoritative renderings of Welsh words for English-speaking audiences, for example for Machynlleth: ‘okay, loosen up your mouth with some whisky first, preferably Penderyn, the Welsh whisky – swish it around – then try this: Mach-HUN-tlcheth’, or her imploring the reader not to ‘skim over the strange-looking word’ – the word being ‘Eisteddfod’.

Then there’s the incorrect attribution of responsibility for the Aberfan disaster to the ‘Merthyr Vale mining company’ at a time when coal mines in Wales were nationalised under the National Coal Board (and there never even was a Merthyr Vale Mining Company to begin with). Although a small mistake – and not one that huge numbers are likely to notice – it betrays a somewhat surface-level understanding of a number of the historical events described in the book that really sits at the core of the problem. This is not simply Petro’s mistake but equally that of Little Toller, who, in publishing The Long Field, should also have shouldered some of this work.

Then there’s the wince-worthy statement that ‘“Tryweryn,” not the valley but the loss of the valley, is the Welsh experience of home. Remembering Tryweryn is like choosing Aberfan as your homeplace, not despite its tragic losses but because of them. It is a pact with the presence of absence.’ Declarations like this forget that these foundational events of modern Welsh history aren’t just blasé metaphors to be thrown around like hiraeth to make a vaguely articulated, universal point – they are people’s homes in a real material sense, people who did not choose their painful inheritances.

The book treats Welsh culture and society as something bounded and complete – something to be apprehended and cherry picked to furnish the story of a life.

Unfortunately, it gets worse: ‘To accept the loss, the sadness of their deaths, and then to fiercely turn around and call this place home … is to embrace the anger and protest embedded in all solastalgic hiraeth. Because in that protest is an embrace of Otherness, of the home of the Other on the far side of Power. And like speaking Welsh, that’s always a political act. It’s the chosen home inside “Aberfan” that irradiates the name with power. To feel hiraeth for Aberfan, for the miners’ lost homes – for the mines themselves – is to say, “Hey, my home may not be as fine as yours, it may even be half destroyed, but it’s mine, and I chose it.”’ There are many responses one could give to this, but to say the least it would have been in better taste to have actually consulted someone in a position to make those statements, rather than to ventriloquise.

My ultimate problem is that the book treats Welsh culture and society as something bounded and complete – something to be apprehended and cherry picked to furnish the story of a life. This is given away in small comments like describing Caerphilly as ‘Wales’ original indigenous cheese’ (and what of the other ‘indigenous cheeses’ we all enjoy, one might ask?) as much as in the insensitive uncontrolled slaloming between the death of children in Aberfan and generic national nostalgia. In Petro’s hands Wales is either the place of action, a metaphoric foil for personal self-discovery or the world of St Fagans – an old world viewed from behind a pane of glass.

This inevitably also renders Welsh culture arrested and historical – there is no room for emergent forms and no notice given to transformations in Welsh experience outside of the changes experienced in Petro’s own personal timeline. Wales is merely the backdrop, landscape or resource from which to extract material or metaphoric meaning. It’s not surprising therefore that the only way Wales comes to be known in The Long Field is as a site or force of nostalgia – hence the preoccupation with hiraeth.

Many a nuanced article can be written about who has the authority to speak of a place, language or culture – and with what degree of conviction. I don’t want to make such arguments, but I anticipate that the unargued boldness of such highly metaphoric statements as Petro’s will fall a bit flat on Welsh ears. 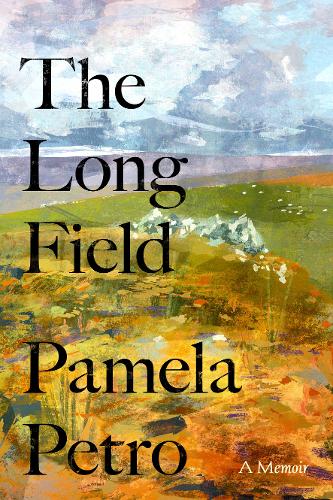 Questions of subject position and identity should play a part, but really they act as a proxy for a certain form of knowing which can also be acquired through other means than birth and upbringing. Unfortunately, this book lacks that knowing through either path and so, whilst undoubtedly heartfelt, struggles as a piece of public prose.

It also lacked, if we’re honest, a proper editor who had the judgement to fact check, research, query or challenge the well-meaning gaffes the book falls into. Perhaps a Welsh publisher would have helped. Either way, the overwhelming feeling that results is that, whatever Petro’s deep commitment to Wales, The Long Field is not for us, and is better enjoyed elsewhere, where the fuzzy focus of hiraeth-induced sentimentality is less noticeable.

Photo by Avi Theret on Unsplash